Laura La Rosa is Running Dog’s inaugural First Nations Emerging Critic—this is the second of three pieces to be published over a period of four months. You can read Laura’s first piece here. 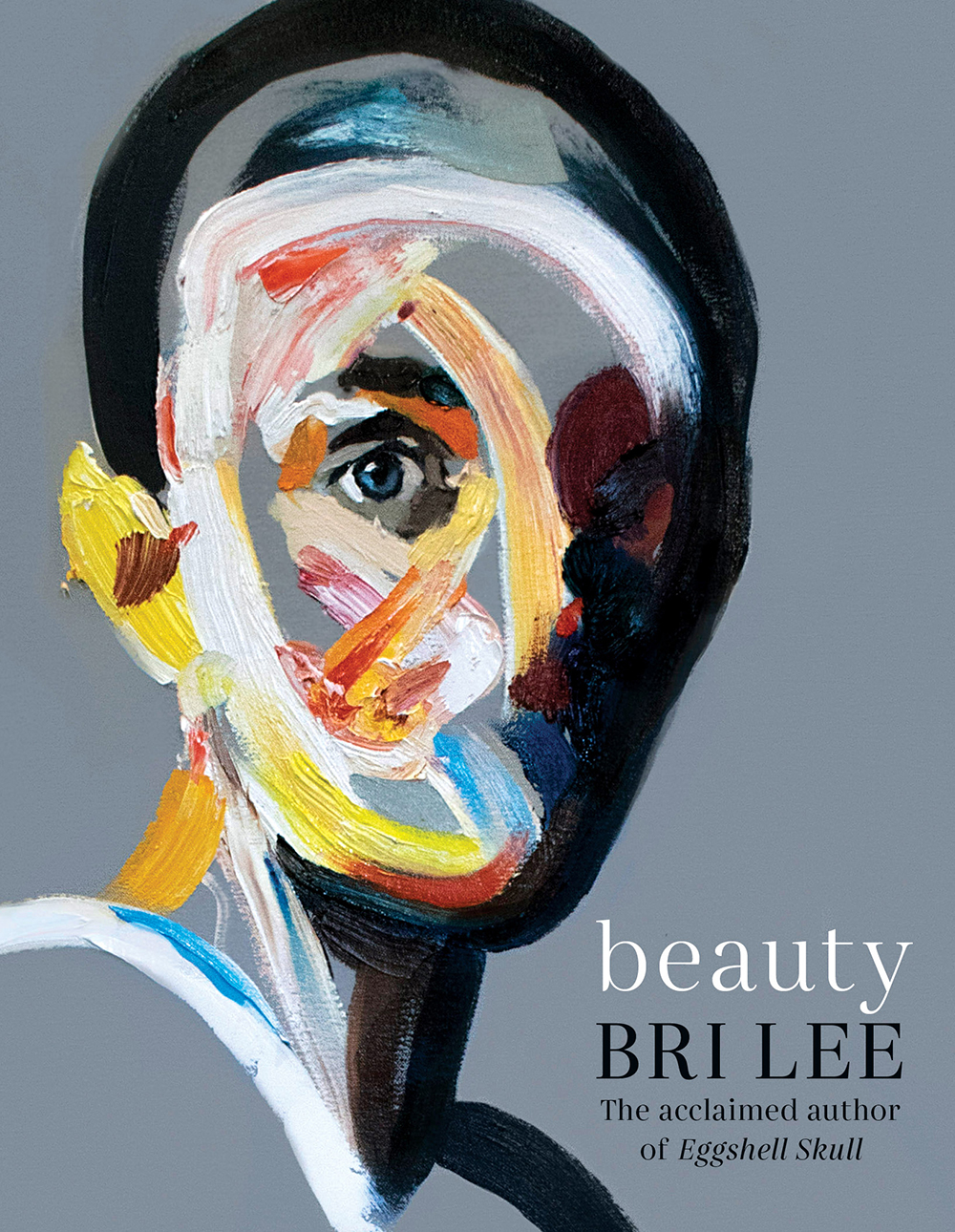 My friend Sophie stopped shaving her legs. It was hardly revolutionary, but men did stare. I saw it for myself. We worked on a grassroots feminist film festival and she lugged me from meeting to meeting as we hustled for access, funding, and a leg up. We met with stakeholders, many of them men, who would glance down in bewilderment at the mass of red hairs protruding from her limbs.

Though she was just twenty-nine, she already had an old-worldly intellect and the wisdom of an ageing woman. ‘Are you going to help us put this thing on or what?’ The men regarded her warily.

When the gender pay gap hit mainstream consciousness, Sophie stopped wearing makeup: ‘Why would I spend more money on this shit when they’re earning more than us anyway?’ If she did a panel event or had a big meeting, she’d begrudgingly slap on some foundation, though seldomly. ‘What have you done to your face?’, her boyfriend would ask.

‘A hungry, self-loathing woman cannot wield the same power as a well-fed, confident man either at home or in the boardroom.’1

In the recently released Beauty (2019), Bri Lee explores consumer society’s pervasive and never-ending pursuit of the perfect physical self. Namely, the fetishising of thinness and a sought after ‘natural’ beauty, one which is both commodified and propelled by new media. Brimming with first-person anecdotes, Lee’s text is a deeply personal and confronting account of the cyclical nature of her eating disorder. She writes with generosity, and the book is filled with some beautifully crafted statements that encourage you to excogitate about the themes she contends with.

In Lee’s world, Instagram is a big deal and photoshoots are all-consuming and fixated upon. Readers are given behind-the-scenes insights into the stress and anxiety that comes with the public nature of a twenty-something emerging author’s trajectory. A creative at heart, a soulful ponderer, and a fruitful curator on new media platforms, Lee’s love for all things Vogue and the ‘greats’ of the fashion world feature throughout.

‘More than ever before, my work and my appearance felt inextricably connected.’2

Presenting snippets of philosophy and cultural theory, Beauty conflicts and counters Lee’s ruinous internal critic—‘I was still stuck with the same fugly face and huge body’—and her continual berating of her body and self.3 Beauty looks at the realm of body image, declaring a mind-over-matter feasibility. That is, the onus on overcoming these issues is presented as Lee’s, as ours, as the individuals’. The ‘self’ is frequently foregrounded: the ‘second self’, the ‘aspirational self’, and the ‘fantasy self.’

At times the work reads like a food diary, though this is more of a vulnerable admission than an act of navel gazing. Lee shifts gears, back and forth, moving from her inward gaze, to childlike musings, to a small index of figures that inspire her, with some personal revelations. All the while, Lee is negotiating, rather than revolutionising, the very consumer system in question.

It’s worth noting that not once does Lee rebuke this system in its entirety. There is no suggestion that maybe all of what she is wrestling with is likely bullshit—that is, the construct of commercialised beauty; the fetishising of commodities that relentlessly reduce and subjugate us in the name of economics. With this comes an absence of a deeper interrogation of an overarching ideology designed to coerce and torment women to the point of ill health.

‘The more weight I lost, the more I spent on beauty products, new clothes and haircuts. It was like I had held a magnifying glass over this one piece of my pie and revealed all my flaws to myself, and addressing each one made me feel good, because I was bettering myself, so I did it more and more.’4

There is a reason why the quintessential image of a gaunt and sad-faced runway model is imprinted in our brains. It signifies what is being sold to us, what is encoded with traits we ought to strive towards, time and again. And while Lee celebrates changes in the industry, no amount of amelioration or integrated ‘plus-sized’ and diversity symbolism will overhaul the gross market of eroding (everyday) women through a torturous hyper-consuming regime. Such integration merely shifts and skews this regime, re-packaging the same message under the guise of progressivism. Moreover, industry adaption, or one’s revised personal navigation of such, ignores the insidious detachment from the (often exploited) labour required to keep the machine going.

Beauty skirts around ideas of ‘conspicuous consumption’ and ‘gendered affluence’—consumer behaviour orchestrated to signal one’s status and class. Lee doesn’t name these theories, nor does she delve deeply into the scholarship beyond teased out and high-level soundbites. Neoliberalism is introduced only as a 1980s ‘movement’, undermining its growing actuality as the ideology we all currently live under.5 It is misguided to infer we simply live under capitalism—it is neoliberal capitalism, and the pervasive fixation on the ‘self’, that we are sold and enslaved to, in and outside the paradigm of beauty as a construct. While there are fleeting mentions of French theorist Michel Foucault, Beauty is in and of itself entering into a contract of biopower (where repressive systems provide positive rather than negative reinforcement), the very ideology Foucault proffered as a social construct designed to regulate and control us all.

As I suggested in ‘White Feminism, Lifestyle TV, and the shared commodification of ‘Liberation’’, expertise, gurus and self-help culture are very much part of neoliberal ideology. Such didactic formats are relentlessly constructed and repurposed as a means of encoding and controlling citizens—particularly women—in the name of patriarchal consumerism. Under neoliberalism, experts tell us what’s wrong with us, and then precisely how to fix ourselves.

In many ways, Beauty mirrors this didactic format. Multiple chapters are built around the influence of renowned ‘experts’, some of whom Lee acknowledges as problematic. Roman philosopher Marcus Aurelius is given a great deal of airtime, as Lee muses on his body of work Meditations (161-180AD)—a school of thought centred on stoic philosophy, and the self-contextualising and management of one’s character and emotions. Lee writes, ‘reading his work, I was drawn to the idea that the only thing I could control was myself, and that the rest of the world was an unpredictable source of agony and exhilaration I must simply accept and do my best within.’6 Though she draws heavily on Aurelius’ work, towards the end of Beauty, Lee suggests that in throwing out her scales and discarding her skinny jeans, ‘Aurelius might have been proud if he didn’t hate women so much.’7

It’s at this point that Lee rounds off Beauty with a personal revelation: ‘I am beautiful at any weight, and my beauty isn’t what defines me anyway.’8 Here, we are brought back to the ‘self’ and a practice of looking inwards, rather than a critique of those who sold us these notions in the first place.

The book follows a structure where anecdotes build to a crisis, but this is followed by what feels like an archetypal resolution: Lee concludes her relationship to all things beauty as a willed ‘hobby’, rather than a fixation.9

Lee’s award-winning debut memoir Eggshell Skull (2018)—a courageous, powerful and timely read—presents a challenging feat to measure up to, especially just one year after its release. However, in a world that seeks to shrink women at every turn, Lee’s voice remains an important one. Some will find Beauty resonating, awakening perhaps, particularly in a social and literary climate where women’s stories are cutting through more than ever before. Others may be sensitive to Lee’s ruminations on food, especially those dealing with eating and body related disorders.

Regardless, Beauty should be read for what it is: a memoir, not an examination of how we should position ourselves against the relentless system of consumerised subjugation. The book raises questions and raw admittances, but it is not a go-to manifesto. I suspect Lee herself will outgrow Beauty in years to come. Until then, this work will strike a chord with many readers, even more so for those who are new to some of the concepts she confers with. In the meantime, it is also worthwhile thinking of Beauty as only one component of what will no doubt be a promising body of work.