A Saturday evening at Carriageworks. A trestle table topped with gin bottles. Friends huddle in neon jumpsuits. Their murmurs bounce off the walls of the old railway yard, recreating the push-pull anxiety of walking into a high-school disco before it starts. Chicks on Speed’s Alex Murray-Leslie appears on stage, cocooned in a cloud of yellow and green tulle. She pores over an amp. Then, she bends over to play her shoe. The high-heeled stiletto emits a high-pitched screech, like the sound of dial-up Internet—that strange and ear-splitting frequency that once sketched out a path between the online universe and the flesh-and-blood world.

In 2010, Chicks on Speed’s Melissa Logan and Alex Murray-Leslie collaborated with the Milan-based designer Max Kibardin to design the ‘e-shoe’, the world’s first-ever shoe guitar. The e-shoe uses open sound control signals to communicate with a laptop. You can play it by strumming the strings or swinging it around your head or stroking it against the side of an amp. It turns the singular act of playing the guitar—the sacred ritual of the great male rock star—into something that’s the product of a network. Something that can summon many choreographies. An object that’s loose and wild and free, designed to be worn and heard in different ways.

High heels can make you feel powerful. They can also slow you down, give you blisters, make you hobble. But before the high heel symbolised oppression for women, they were the domain of men. High heels can be traced back to 10th century Persia, where male soldiers wore them on horseback to better secure their stirrups, before they were embraced by stylish European aristocrats in the 17th century. According to a July 2018 Quartz report that quotes Elizabeth Semmelhack, the curator of Toronto’s Bata Shoe Museum, men gave up wearing heels around the time of the Enlightenment, when women became associated with all that was frivolous, irrational and impractical. Men abandoned high heels from the early 18th century on. Wearing high heels would become a means of acquiring—and maintaining—capital. An April 2018 article in Fast Company points out that 61 percent of women who earn less than $40,000 a year don’t wear high heels to work. 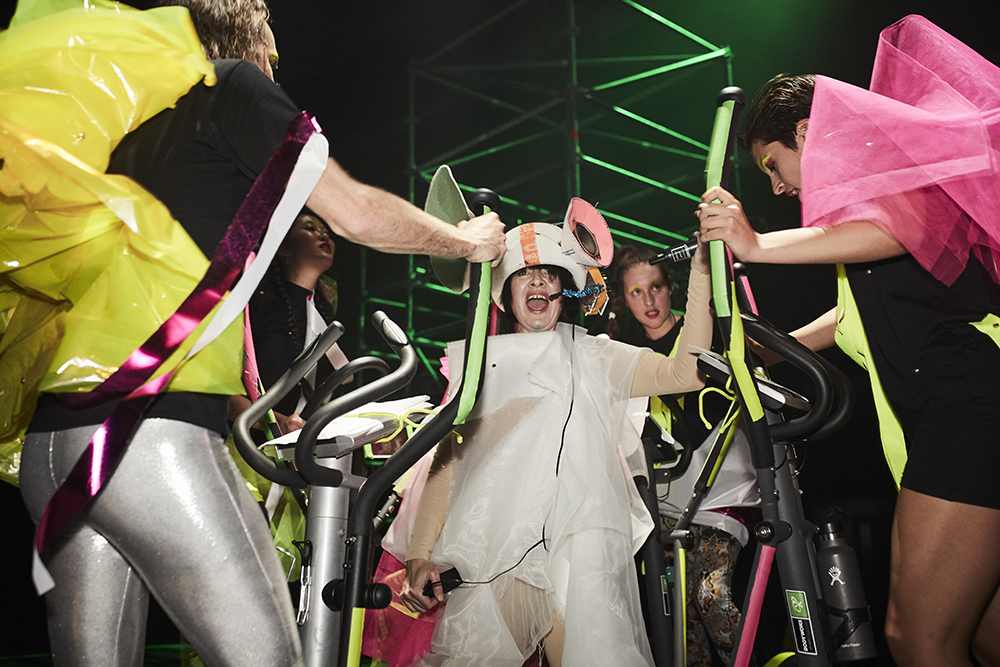 Before Mark Zuckerberg and Steve Jobs, before women were bullied by trolls and stalked by ads generated by algorithms (engagement ring? anti-ageing cream? fertility treatment?), the Internet was a more neutral place. In Broad Band: The Untold Story of Women Who Made the Internet (2018), the writer Claire L. Evans debunks the idea that the Internet was shaped entirely by the start-up founder in his garage or the Silicon Valley brogrammer, wringing dollars out of the human desire to connect.

The Internet was also created by female visionaries who’ve since been written out of history. There was Ada Lovelace, the mathematician who came up with the world’s first machine algorithm in the 1840s, pre-empting the dawn of modern computing. There was Stacy Horn, the founder of Echo, a 1990s virtual community that doubled as an online refuge for women when 90 percent of the Internet was dominated by male users. And there was Dame Wendy Hall, the English computer scientist who conceived ‘Microcosm’, a base of links that gave rise to the hypertext that helps us navigate the web today.

Chicks on Speed have spent the last two decades embodying the idea that the Internet is part of the lineage of women’s work. There are threads that bind the crafts practised by women for centuries—weaving, sewing, making clothing—with the unsung female makers who helped spin online worlds.

On stage, Logan wears a woollen hat that resembles a loudspeaker. Behind her, the screen lights up with stray pieces of data. The root of technology is techne, the Greek word for craft, a method of making or doing. To be a body instrument is to dissolve the line between high and low technology, to reclaim the place where these things intersect.

Towards the end of I’ll Be Your Body Instrument, performers in fluero leotards hang from the scaffolding and work out on exercise bikes. Logan launches into the song ‘Utopia.’ The track, which samples Yoko Ono, bounces through the room and the audience’s mellow energy becomes electric, alive. The song’s dirge-like rhythm makes a case for protesting capitalism, resisting the homogenising effects of technology, creating our own private utopias. ‘U is for Utopia!’ Logan screams, flanked by members of Extinction Rebellion. I left Carriageworks, my ears throbbing slightly. Her refrain would echo in my head for hours.