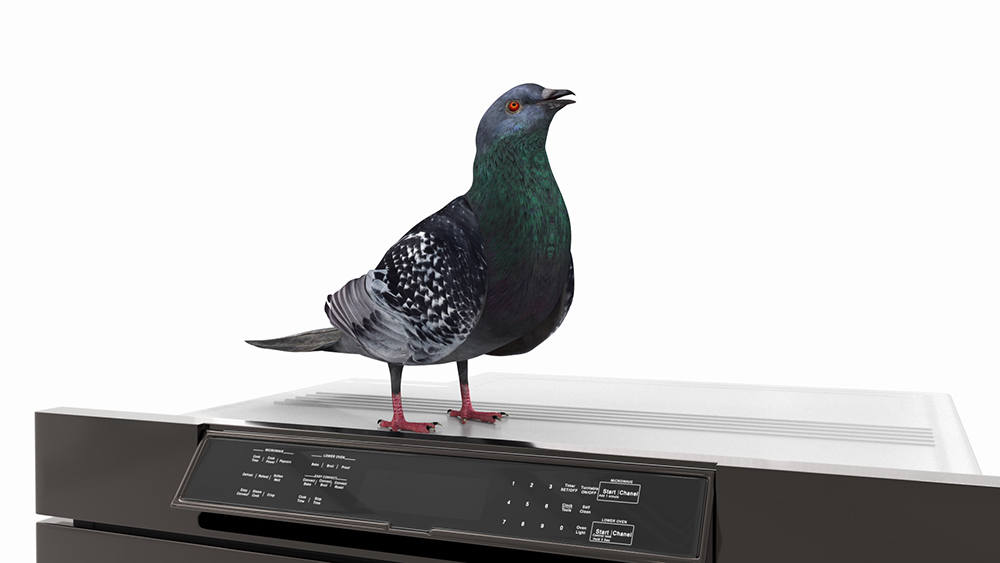 Jens Settergren, The GPS Will Take Me Home, still (2019)
Image courtesy the artist

Running Dog presents a night of screenings, text and performance for ‘Automate Me’—the first in a series of events in partnership with Verge Gallery in 2020. Bringing together the work of Rory Green (AUS), Alison Nguyen (USA), Jens Settergren (DEN), and Kynan Tan (AUS), this event will consider automation in all its forms, from influencer-bots to AI pigeons philosophising via autotune.

This event is part of Running Dog’s series tackling four disruptive features of our present moment: automation, ecological collapse, political unrest, and mediated fake news. The backdrop to these events is the 2020 US election, the climate emergency, cyber-espionage, cows using VR, tear gas and mass mobilisation, the limits of political art, Antifa, and Facebook Live.

Running Dog’s online issue of Automate Me, featuring the work of poets, journalists, artists, and coders, will also be published in March.

Seating and Accessibility
Seating is on a first-come, first served basis. Entrance to Verge Gallery is via Jane Foss Russell Plaza. Lift access is available from both City Road and Maze Crescent onto the Plaza. If you have specific questions about access, please contact us prior to the event and we will make every effort to accommodate you.

Rory Green is a writer, coder and zinemaker living on unceded Gadigal land. In 2019 they were a poet-in-resident for Running Dog, and their work has been published in The Lifted Brow, Plumwood Mountain and Rabbit among others. Their current and ongoing project is Otherwise Pokedex, a newsletter publishing a poem for every Pokemon.

Jens Settergren is concerned with the production of collective imaginaries, contemporary mythologies, desire, and visual culture. His works reflect how these subjects are expressed in images, objects, and language. Working individually and collectively, he explores correlations between technology, nature, escapism, and power. He investigates how technology influences our experience of the world, as well as how technology is informed by ourselves and our bodies. He examines existing as well as imaginary technologies within fields such as biotech, communication, artificial intelligence and medicine.
He has exhibited work at Haus der Kulturen der Welt, Berlin; die raum, Berlin; INCA Institute, Portland; Kunsthal Nord, Aalborg; Fuego Gallery, Mexico City; Errant Bodies, Berlin; Ringsted Galleriet and Kunsthal Aarhus.

Kynan Tan is an artist interested in digital systems, computation, perception, and our interdependent relations with technologies. His multisensory artworks investigate the materialities, networks, relationality, and control of digital systems. These works engage with code and data, taking form as multi-screen audiovisual performances and installations, computer-generated simulations, and electronic sound. His most recent body of work emerges from a sustained interest in data and algorithmic processes, and the ways that they increasingly determine our daily lives. His work seeks to show the problems with reducing complex processes to simple representations, instead attempting to generate work through which we feel the intensity and the physicality of such systems. In this sense, algorithmic culture—that which governs almost every aspect of daily life, affecting the way we bank, shop, travel, socialise and, increasingly, the way we come to understand the world—is an interplay between hardwares, softwares, humans, non-humans, programs, materials and networks.

Running Dog acknowledges the Gadigal people of the Eora Nation, the traditional owners of the land that facilitates the creation of this project. This land was never ceded and was taken by violence. We pay our respects to their elders past and present, and their descendants.