This text is the next instalment in RD’s feature series of paratextual responses, and is in dialogue with All Ears: A Listening Party—a Campbelltown Arts Centre project conceived by Frances Barrett and co–curated by Frances Barrett & Jessica Olivieri. All Ears invited audiences to attune themselves to the practice of queer listening and featured the work of Alissar Gazal, Brian Fuata, Emily Crocker, Enoch Mailangi, Hayley Forward and Kate Britton, Jax Jacki Brown, Koco Carey, Marcus Whale, Nina Buchanan, Samia Sayed and 2 Boys in Saris.
The text was written entirely in citations.

My mentor says art is entertainment1—we’re just learning the optics.2 When previously hidden people rise into the public eye, it functions as entertainment; it is part of the violence of life.3 There are some things you can see only through tears.4

Sometimes, we have to learn to articulate what it is we want because that itself is seizing power:5 a question of marking with language the places where history touches us.6 Also to listen.7 Criticism, in its imperial character, in its sense of rightness, and its sense of righteousness, very often, too often, precludes those possibilities of listening.8 Can critique ever be generous?9

Imagin[e] the ear as an opening:10 that kinky tangle of our incomplete sharing.11 Writing together can generate incompleteness12—I can put them back together and navigate my body with knowledge.13 These other ones have a passion for telling you what they have found, and they are surprised that you want to listen, even though they’ve been expecting you.14 Our bodies are not closed loops.15 Movement not only stutters but twitches, vamps, leaps uncontrollably, and ultimately whirls out of control into the void.16 What sounds do we produce together?17

Flesh and metal;18 staking out an aural space;19 anticipation;20 I bite my lips;21 listened to the whole throbbing continuum;22 chasing a dream23—something tangible;24 the things you tell me;25 the sound of my coming home;26 the opportunity to rest;27 an antenna;28 care disfigurements;29 Brian’s ghost;30 the piano;31 trepidations and excitations of coming together.32

A whole register of emotional life that was emergent in the late 1970s has since become vestigial within our own structure of feeling, haunting us like a spectral presence33 under surveillance.34 Preparatory exercises35 [are] implicated in a ritual which results in the resuscitation of life: […] bringing the dead back to life by reintegrating them in the cycle of time36 [is] queer listening in action and gay listening in action.37 On these body movements I felt I could read a38 space between bodily sensation and critical thought, stimulating so many intensities39: we need desire—that messy, sometimes un-gentle, self-shattering descent into the underside of reason.40 There is a version of queer intimacy that constellates past and present in a dialectical lurch.41 I lost my words but found my body;42 ankle twist, ankles twist;43 switch switch twitch.44 The figure of the soloist [is] being displaced45(he could fill up a room).46 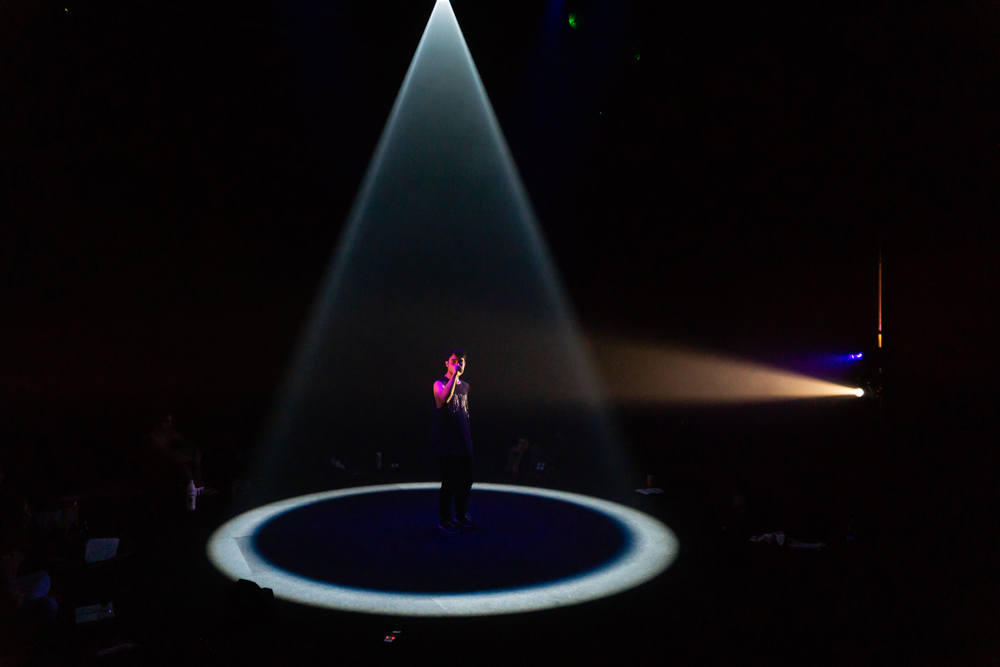 Queer and/or trans nightlife has always been about survival and creating temporary autonomous and temporary fabulous zones that are as much affective—a structure of queer and trans feeling—as material in its electric choreography of bodies.47 I’m still talking about [queer performance] when I say that, in provoking a collision of past, present, and the eternal non-time of fantasy, certain words cast a language shadow. This shadow is cast over the body itself, awakening organs that flex only in the presence of certain fantasies, certain shared lexica.48 [But] the club [is] a target because the club is a flashpoint for eroticopoliticised desire49 [and a space they want to control (a space with bodies they want to control)]. There is indeed something about the transformative powers of nightlife that queers and people of colour have always clung to.50 I’ve exaggerated the effects, but not the principle of the thing;51 [there is something] illegible and therefore lost in relation to the straight minds’ mapping of space.52 [To perform with straight people can feel like] a collaboration with an enemy.53

Can narrative do the arduous work of rejoining the body in social space and, if so, how?54

Sometimes the story is not clear, or it starts in a whisper:55 the Adhan, murmured in overlapping layers;56 a microphone dragged across carpet;57 speaker feedback, a continuous loop, noise re-amplifying;58 hit the queer mute button;59 metals crashing—a shopping trolley against a wheelchair;60 m uh oh uh om ah ah oh oo a a O.61 Song cutting speech. Scream cutting song.62 What it means to listen and what it means to do nothing but listen when someone is screaming.63 Using silence to take up space—taking up space as a way to not be silenced.64 Frenzy cutting scream with silence, movement, gesture.65

Even New York clubs eventually close for the night; most close the next afternoon, but they do close. The performances come to an end. Club kids stumble into taxis in broad daylight, and Aviance and other performers pack up their outfits and makeup and go home for a restorative nap. Is this the performance’s end? That moment when the venue closes?66

Conversation makes worlds, and so does performance—not just in aesthetic terms, but67 to impart to you a vibrational experience.68 The unformed but necessary new language producing hideous mutations.69 Making the vowels looser, the joints looser70—you really know how to stretch time.71 Beyond white noise,72 the mix of an intimacy cocktail beyond compare,73 the static [becomes] a point of intense concentration.74 To listen to the noise we make75—irreducible sound,76 phonic materiality,77 the moaner/mourner.78 To refuse the offers we receive to shape that noise into ‘music’.79

i was holding the man on a corner when he shouts get a hotel room faggots and i email you a quote:80 the senses—our bodies, our fantasies, and our fictions—do not stand outside of history.81 Clinging to static,82 we synchronize our tempos so we can find a rhythm through which the urge to live can be expressed, collectively.83 We refuse order as the distinction between noise and music:84 ensnared somewhere in between signal and noise85 [lies] the air of things yet to come.86