In Australia, agriculture is much more complex than the business of ‘feeding a nation.’ Farming played a critical part in the British settler project, and this hungry desire for productivity led not only to unsustainable land management, but also to the mass displacement and genocide of nomadic Indigenous populations. Present-day agricultural struggles—categorised by poor soil health and extreme climates—are thus a product of decisions made centuries before. The choices we make now will drive the future of farming and food. Once this realisation hits, the act of eating becomes political. So, when thought leaders in the agricultural domain convene at the World Agri-Tech Innovation Summit, armed with a program full of insights on venture capital, pitch guides, and ‘scaling up’, the frivolity of the business world doesn’t quite fit.

Technology has found, or rather, made, a home for itself in agriculture—a world of tradition, family-practice and hands-on labour. Agri-Tech has an incredibly wide remit, touching on every part of the food chain, from the seeds in the soil to the food on our plates. Name a burgeoning technological trend, and it will have a use-case in agriculture. Moreover, these innovations eerily fit together, as if they are all tentacles of an octopus, which then spreads its influence over a weaker, natural system.

Let’s run through one of these technological chains: sensors provide real-time data on pH, temperature, moisture levels, sun exposure, rainfall, wind speeds and humidity. In addition, satellite imaging helps to geolocate animals and track critical bodily metrics. The data gathered from these sensors and satellites is then fed into a set of complex mathematical models and algorithms, breathing life into an automated agricultural system powered by the Internet-of-Things. This system, with its ingrained machine learning capabilities, then starts to track farm environments, ensuring they are optimal for productivity and yield. In many ways, Agri-Tech is representative of colonised land management, where productivity outranks harmony with the land. But, Euro-centric ideals of capitalism and resource maximisation dictate that productivity can always be augmented. So, robotics technology is overlaid onto the automated system, in the form of tractors, irrigation systems and pesticide-sprayers, to enable a higher speed and scale than ever before.

The more this technology progresses, the more potential arises for truly innovative solutions to a current, global agricultural crisis. Lab-grown food is already in a ‘proof-of-concept’ stage, despite outstanding questions about whether the consumer market is ready for this technological intervention.

In response to the climate crisis, Agri-Tech and Smart Farming offer tempting opportunities for an ‘anytime-anywhere’ model of farming, which would eliminate the need for seasonal produce and cross-border food transportation. With regards to nutrition poverty and food insecurity, Agri-Tech could promise to bring agricultural wealth to uncultivated land, perhaps making non-arable ground fruitful again after years of soil depletion.

It is predicted that the AgriTech industry will grow 18% year-on-year between now and 2025, with North America, China and India—all large economies with proportionally large populations of mouths to feed—leading the pack. In light of the ecological crisis (and the associated food, security and economic implications), big tech and start-ups alike are seeing both the business and social opportunities of inserting technology into the agricultural space.

Technology might have nestled itself comfortably in the fields of farms, but farming itself has yet to find a home in technology. Tom Wornham, the owner of a poultry business, summarises the problem: ‘It’s wonderful that there is an enthusiasm for investment in agriculture—but it’s being driven by people who think there are improvements to be made in agriculture, rather than by farmers themselves.’ In Britain, farming is a family-driven trade that has inadvertently become a strong part of an individual’s self-identity, and thus farmers, and their employees, can be protective about the ways-of-working that have been preserved through generations. As Kyle Wiens writes for Wired:

‘In the tech industry, we tend to talk about the exploding Maker Movement as if tinkering is something new. In fact, it’s as old as dirt: farmers have been making, building, rebuilding, hacking, and tinkering with their equipment since chickens were feral. I’ve seen farmers do with rusty harvesters and old welders what modern Makers do with Raspberry Pis and breadboards.’

Introducing foreign technology into a sacred workspace threatens to strip farmers of their autonomy. What is currently being interpreted by Agri-Tech innovators as low technological adoption is, rather, farming communities stubbornly insisting that their farms remain their own. Super-corporations like Bayer and Monsanto are monopolising the seed trade, while industrial farms now make up half of Australia’s agricultural income (despite only representing 10% of the total population of farms). This standardisation, carried out on a large scale, not only threatens the sustainability of natural resources, but of small and medium-sized farms themselves. Such environmental impacts have driven the resurgence of traditional, Indigenous farming methods, in an attempt to regenerate a now infertile ground. 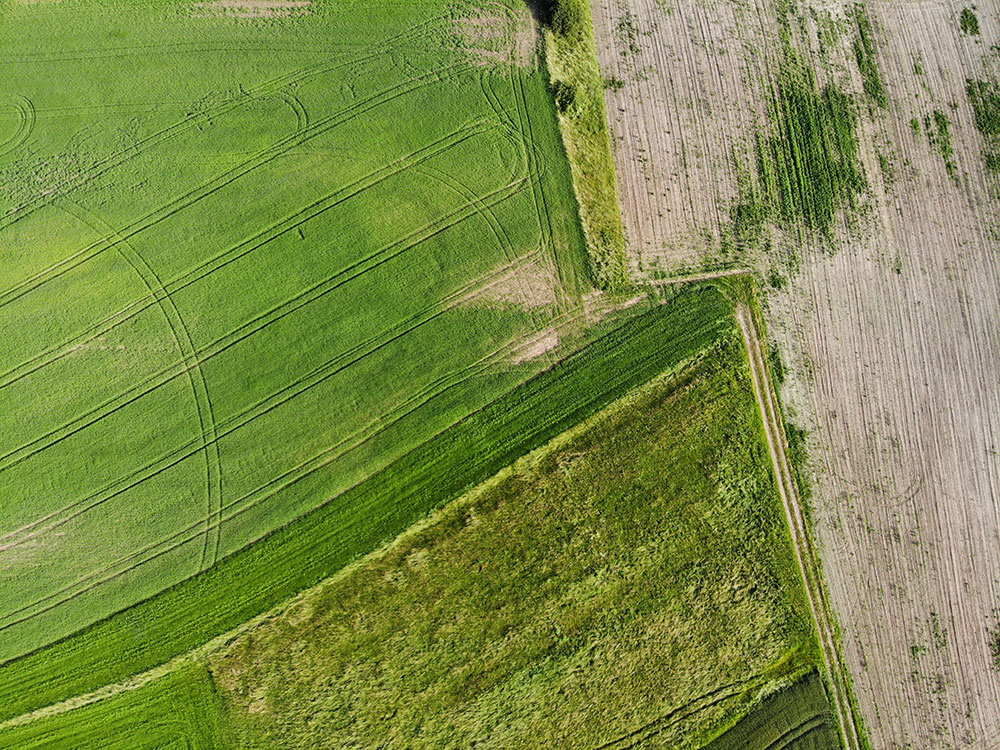 Agri-Tech represents a cruel amalgamation of two wicked problems, which, on the one hand seem to be distinctive in nature, and on the other, present us with a barrel of ethical conundrums. Firstly, there is the impending doom of environmental collapse, which threatens to deeply rattle the foundations of society unless we make drastic systematic and cultural adjustments. Family lawyer Melanie J. Wender highlights how critical it is to empower smallholder farms, given that large-scale, industrial farming drains natural resources at an alarming pace. In direct contrast to this is the human-made threat of automation, which sits at the forefront of the narrative of progress. It sits there without an explicit agreement of whether that definition of progress works for the masses. As highlighted by Eastwood, Klerkx, Ayre and Dela Rue, technology without adaptation to context is both redundant and dangerous:

‘…research and innovation should incorporate societal values, needs, and expectations such as: privacy; use of information; sustainability; human reproduction; gender, minorities, and justice; power and control; impact on social contact patterns and human values; and international relations.’

So, who does the Agri-Tech boom actually benefit? Is it really for the long-term sustainability and viability of the farming trade, or rather for those who fly the flag for technological innovation and attach a hefty price tag to it?

The simple argument both for and against technology—and automation—is a loss of, or a cut in, human labour, depending on your side of the fence.

Ostensibly, this is a money-saving technique that those managing a farm’s budget would be interested in pursuing: mathematically, the short-term lump sum payment for a large piece of technology trumps the long-term continuous payment of multiple individual workers. As investigative journalist Eric Schlosser writes in his book Fast Food Nation, migrant workers may be the backbone of the American agricultural sector, but these jobs will be the first to go when technological progress is hailed as a solution. The irony is that the very farm managers making such decisions will likely also be impacted by rampant automation in the business and finance management space: in the UK, farm owners earn an annual salary of only £12,616 (AU$24,476). The farm’s technical managers, unsurprisingly, make nearly £6000 more than the industry average.

As Agri-Tech climbs—and simultaneously burns—the socioeconomic ladder from the ground-up, farming communities are still expected to upskill their workers in the very software that is hanging them out to dry. The aggressive speed of the modern agricultural supply chain is literally rendering human labour moot. But it is highly ironic given that this same labour must repurpose itself to serve the very technology that has outrun it. To return to Eastwood and colleagues’ statements on ethical technological progress, it represents the ‘power and control’ that capitalism affords. If a smallholder farm were to shun Agri-Tech, they are at risk of being dropped as a supplier by large intermediaries or wholesalers, who are after supernaturally high yields. Given the sheer number of smallholder farms in most countries—70% of all farms in Australia—the intermediary would have much less of an issue finding another supplier, than the supplier would in finding another intermediary.

In such a politically driven supply chain, farming communities should indeed up-skill, but not in code and data. Rather, farming communities could embrace direct-to-consumer, or direct-to-business models, which would increase the proportion of the metaphorical pie that would be coming back into their pockets (while also allowing them to escape the dictatorial demands of a multi-layered supply chain). In Western economies, metropolitan consumers have responded well to farms directly selling produce at local markets. But, for those in developing nations, where such cultural infrastructure might be missing, and where certain regional supply chains might indeed be controlled by a much more powerful business, the options are limited. Still, businesses like the Indonesian venture TaniHub are opening up markets for micro, small and medium-sized farming enterprises, and laying down the groundwork for further formalisation of direct-to-consumer or direct-to-business models.

TaniHub’s parent company also owns TaniFund, a FinTech organisation that facilitates crowdfunding for farmers and provides micro-loans, speaking to a wider problem around a lack of available capital in the agricultural sector. In South-East Asia, formally known as the ASEAN market, cultivation of rice, corn, sugarcane, soybean and cassava accounts for an enormous, and growing, percentage of annual exports. ASEAN is also a key food exporter to its cosmopolitan neighbours, China and Japan, with demand in these country’s continuing to rise. Agri-Tech, which would be the solution to managing such growing demand, is still financially out of the reach of most farmers in South-East Asia. The average Vietnamese farmer makes 33 million dong every year, the equivalent of US$1450. Certain ‘mandatory’ technologies cost upwards of US$1000 a pop.

The UN has warned of excessive use of such ‘green’ technology solutions. Called the Rebound Effect, an over reliance on a variety of technologies risks the whole system becoming energy inefficient. Storage of data in offshore data centres, which require energy to maintain and cool down, is an environmental liability. The mining processes required to extract the metals that these technologies are built on carry with them grave environmental and human rights abuses.

Technology alone, therefore, will not save farmers, or any of us. The distinct advantage that farmers have, however, is that they work with a self-regulating system that simply needs to be freed of human intervention. Monocultures, pesticides, and other unnatural farming techniques have left the system fragile and vulnerable. But non-technical interventions can still reverse the effect. Women in Marathwada, India have been pioneering multi-cropping on small farms that, alongside vermi-composting, has led to them to not only harvest diverse produce, but also to improve soil fertility in the long-run. This technique is entirely possible on a slightly larger scale, but it requires a fundamental shift in our current supply model, from specialist farms supplying large intermediaries to diversified farms supplying multiple intermediaries.

Agri-Tech is demonstrative of a larger issue, and, as John Thornhill points out in an opinion piece in the Financial Times, ‘we cannot rely on the market alone to solve a problem it has helped fuel.’ Agri-Tech has been layered on top of capitalism—like many other climate ‘solutions’—and brings to light the levels of discrimination and inaccessibility we have allowed to fester. Yet, Agri-Tech businesses state with pride that their technological interventions will strengthen customers’ agricultural yield, and ultimately, the competitive positions of their nations’ exports. But, when we are facing a crisis as all-encompassing as climate change, we need cooperative solutions rather than combative ideas. Fang Wang, a business analyst at the National Farmers’ Union, states that farms need a ‘whole-of-farm’ strategy when it comes to investing in Agri-Tech. I would argue that we need a ‘whole-of-world’ strategy, reframing some of our capabilities in data modelling, satellite imaging, and sensors to create a worldview of food, agriculture and supply chains.

The food and farming challenge has implications for global migration, public health and macroeconomics—impacts we cannot expect private sector businesses to resolve. The challenge, when technology and innovation are so deeply coupled, is to think innovatively without thinking technologically.