“The sausage eats itself—that’s the best thing about the automated sausage.

Let me tell you at the outset—I am not interested in the latest inventions, like the SEYDELMANN Electric Meat Grinder 1300W Commercial Aluminium-Plated Mincing Machine. I know we’re all familiar with its ideally located loading tray keeping meat pieces close at hand—an electric-powered commercial mincer suitable for both home and industrial use (but not for grinding hard food, bones, nuts etc). 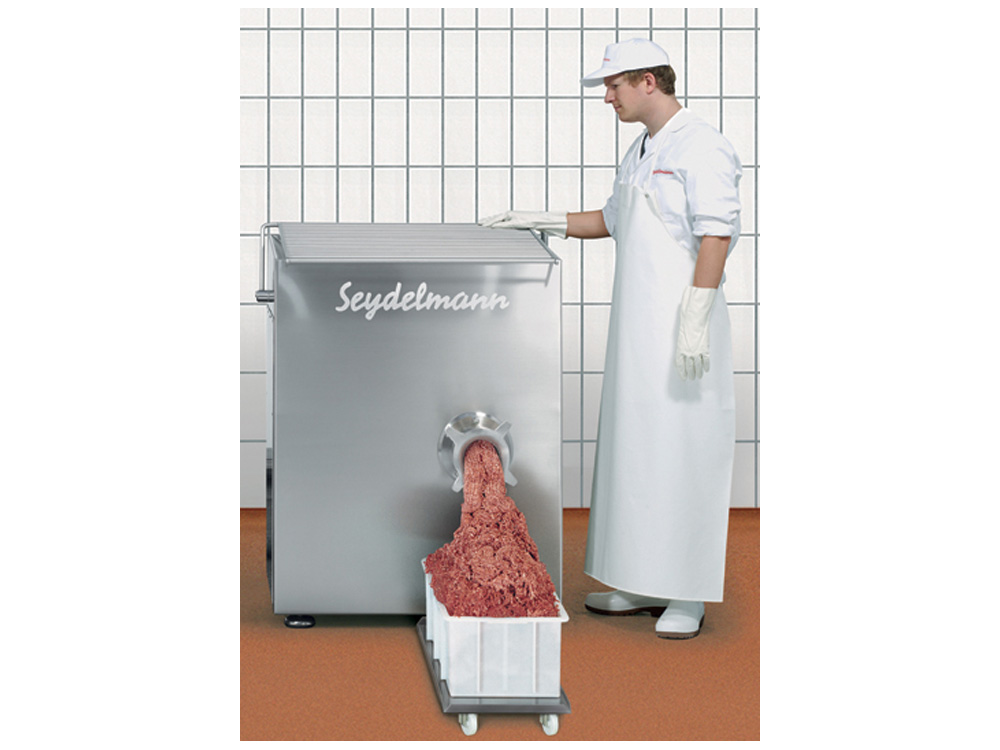 I am not interested in what they call ‘cultured meat’, a miniature fermentation process taking a biopsy from the muscle of an anaesthetised cow to build slabs or bricks of hairless, skinless protein. Nor fake meat—that tofu ‘tofeet’ soya bean ‘bean-boy’ stuff. I’m not interested in lypadihydro flaked duck, an algae-free, soft faux skin, soy-based analogue, a ‘tempeh’ or any other ‘meat substitute’, small mutton mock meat with its saturated fat, its monounsaturated fat and its polyunsaturated fat, this simulation of the ‘meat experience’, total fat being 30% or 20 grams. Imitation chicken. Vegan analogues. Gluten-based blocks of vegetable matter. Pea protein or otherwise.

a steep deep dug processing involving, along the way, each of:

3. cramping and stringing up (but without proofing—we don’t proof);

all the way to:

It’s all automatic: the sausage eats itself.

The smart sausage will exist in this world alone, with no need for human involvement, being made and unmade on repeat ad infinitum: the hands-free, mouth-free, fully automated sausage.”

“I could stand here and lecture you about technology. I could talk about the potentialities of the auto-sausage: the use of deep learning and the ability to perceive correlations within data sets to adapt to non-human environments, enabling consumption on a mass scale.

But I won’t do that today.

Instead, I’ll go back to basics. I will tell you a simple fact: the automated sausage will contain meat, but it will not contain ‘meat’.

Sure, the automated sausage will be made of deceased animals. That much is certain. They will be squeezed inside animal intestines (or collagen or cellulose, both new-age stretchy stuff that works brilliantly as sausage skin, although not as well as intestines in my opinion).

However, the automated sausage will NOT contain ‘meat’ as it is defined in the Australia New Zealand Food Standards Code—Standard 2.2.1 Meat and Meat Products (which I will colloquially refer to as ‘the Standard’ from now on), as prescribed by the Agricultural and Resource Management Council of Australia and New Zealand, which stipulates mandatory standards in Australia controlling the hygienic slaughter of animals for human consumption:

meat means the whole or part carcass of any buffalo, camel, cattle, deer, goat, hare, pig, poultry, rabbit or sheep slaughtered other than in a wild state, but does not include –

a) the whole or part of the carcass of any other animal unless permitted for consumption under a law of a State, Territory or New Zealand;

b) avian eggs, or foetuses or part of foetuses.

Anyone who is seriously interested in inventing, patenting, and distributing a fully automated sausage should be familiar with the Standard. It is the single barrier standing between us and the sausage of tomorrow. Regulation—that old stinkpot of a word!”

“As they say, one must know the rules in order to break them.

Do not get me wrong—I am not some maverick attempting to operate ‘above the law’. For instance, if you think that the automated sausage may contain any:

avian eggs, or foetuses or part of foetuses

you are incorrect. The automated sausage must be subject to some regulation. It must. One does not have to think too hard to imagine a future where the unfettered sausage spirals out of control. I am simply attempting to operate ‘around the law’.

So, the automated sausage will contain your usual ingredients of:

It will be your ‘traditional’ sausage, in a sense. But each animal will be individually slaughtered:

in a wild state

This is how, from the very moment of conception, the automated sausage does things differently. Legally, it is a ‘meat free’ product. The animals will be out there in the wild, roaming around doing their own thing, exploring their surroundings. Their brains stimulated by the buzz and fuzz of the wild, unencumbered, their flesh expanding and contracting in the heat and cold. They eat, they defecate, they fornicate, they fight, they repeat, their bodies filling with fear one moment and pulsating with pleasure the next.

At the moment of slaughter, the meat is radiating with energy.

At the moment of automated consumption, the flesh is more tender than you can even imagine.”

“Furthermore, our expanded definition of meat enables us to fill the automated sausage with an array of new wild animals never previously sausaged, such as the nomadic migratory waterfowl: 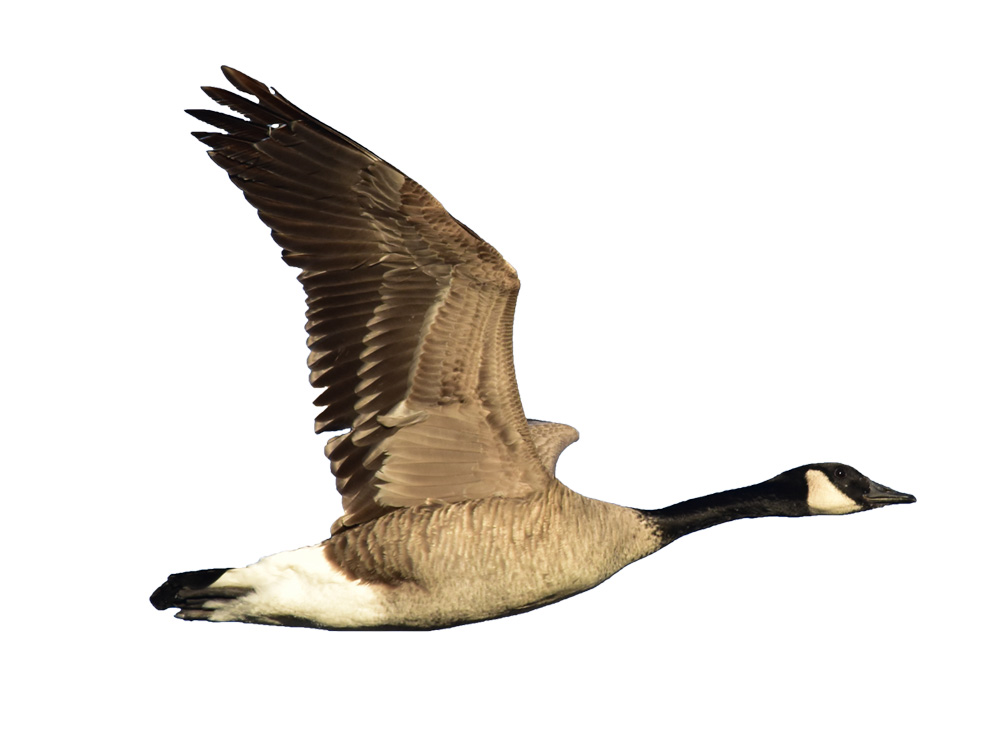 The taste, which humans cannot experience due to the entire process being automated, is simply delicious.

Excuse me. I apologise. I have neglected a very important definition within the Standard. It is a classification that goes to the very heart of what we are talking about today:

sausage means a food that:

(b) does not include meat formed or joined into the semblance of cuts of meat.

The definition of ‘sausage’ does not end here. If we turn to item 2.2.1 -3 of Division 2 of the Standard, we discover that to speak of ‘sausage’ requires further taxonomical precision:

A food that is sold as sausage must be sausage and:

(b) have a proportion of fat that is no more than 500 g/kg of the fat free meat flesh content.

Of course, now we are presented with a further term requiring translation:

meat flesh means meat that consists of skeletal muscle and any attached:

“But what if I gave you another definition for the sausage. What if, when you flicked through the definitional section of the Standard you found the following simple explanation:

sausage: The All is One

[rustling and whispering and muttering]

[hushed rustling and whispering and muttering]

Okay. People. I don’t expect this to make sense to you. Yet.

Allow me to take you on a short digression. I am someone involved in The Creative Industries, namely, Progress and Innovation, and let’s just say that for some time I worked for The Department of Innovation, Progress, Technology and Creative Industries. I felt restrained by the bureaucracy of it all, the ‘red tape’ as they say, of government. So I went out on my own into the private sector where I found myself at the coalface, the interface (multiple faces!) of the Digital Wild West, the Silicon Valley Silliness, The Final Frontier. I was liberated (albeit at the same time overwhelmed by the immense potentialities of my newfound freedom).

My imagination roved from one area of the meat industry to the next. I referred to myself as an ‘Entrepreneurial Innovator’. And it was an appropriate title. Through the significant processing power of new hardware platforms, I experienced first-hand the possibilities of hyper-sensitive interconnectivity and elevated data harvesting. It was here, in this unregulated place—this ‘wild state’, if you will, that I started to see things differently. I started meditating. A lot. I started thinking about how we, as a species, will be remembered by our ability to turn the physical world into communicable data. Language: to share our thoughts and feelings. To collaborate. This has enabled us to innovate and progress further than any other animal in the history of the planet. And everything has led us directly to the precipice at which we all now stand today. Over the edge of the cliff is the realm of automation.

It’s waiting for us, if we dare to jump.

By disrupting the consumption of foodstuffs with this critical technology, we open up a latent market. But there is also an important flow-on effect. By automating the parts of our lives that slow us down, we erase the unnecessary bits. We make room for other things to emerge. We radically re-shape what it means to be human.

We design the future.”

[walks to lectern; picks up bottled water, removes lid and sips water; puts lid back on]

“Let me tell you this: the traditionally meat-filled sausage craves human attention. Constantly. It demands our description and categorisation and regulation to exist as a feature in our language. And we continue to speak the sausage into being and to expend energy facilitating its existence. We oven bake it. Barbeque it. We say: ‘I’ll have a sausage for lunch’. We place it into our mouths, into the oral cavity and ask our saliva to swirl around, we ask our teeth to crush the sausage, to liquify it, to tear it apart and swallow it. We request that this churned up unit of meat and meat flesh be transported through our oesophagus. Who’s paying for that? Is this a tollway? We demand that the sausage be squeezed through that (quite tight) internal tube down all the way to the stomach. There it sits, lazily, while our bodies work away, exerting energy to process the sausage. The protein is digested and the body squirts all sorts of acid all over the meat and meat flesh to ensure any harmful bacteria is neutralised. All unpaid labour.

I want to show you a very old drawing: 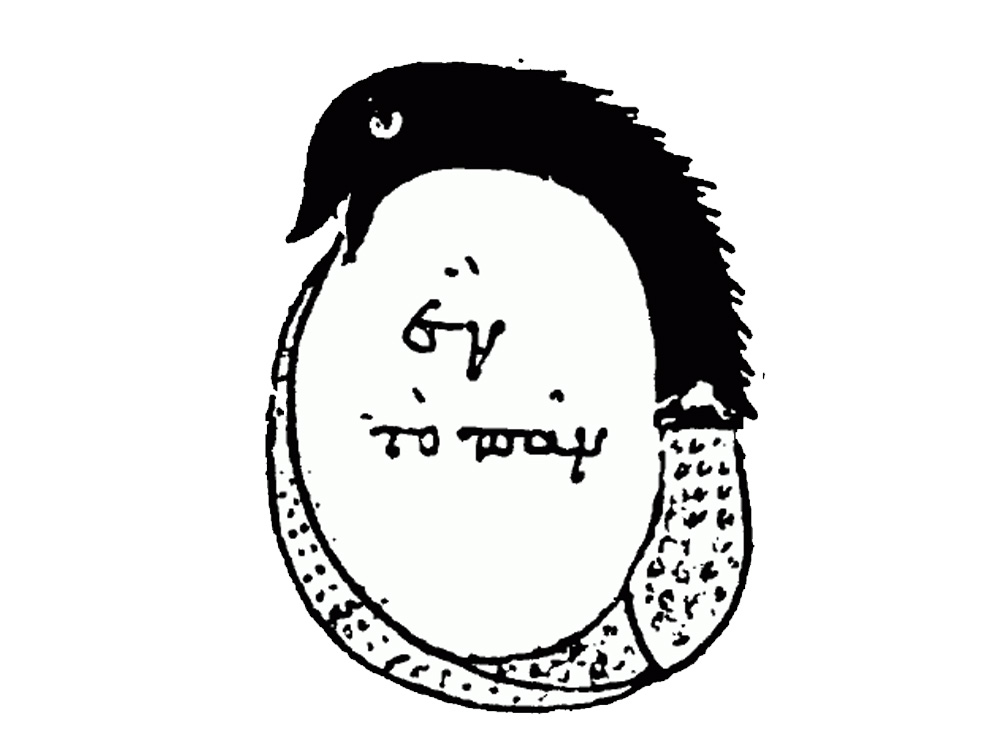 This is the Ouroboros: a snake consuming its own tail.

This drawing was made in the 10th century.

The words in the middle of the drawing state: ‘The All is One.’

They say that the Ouroboros symbolises the infinite loop. Birth and death and rebirth. Time as cyclic, non-linear. The Gnostics used this image. The Alchemists used it too. As did the Ancient Egyptians. The Nile in summer would flood at the start of each new year, flowing back into itself like a circle. Eternal. Infinite repetition. The body and soul, intertwined. Consumption and expulsion. 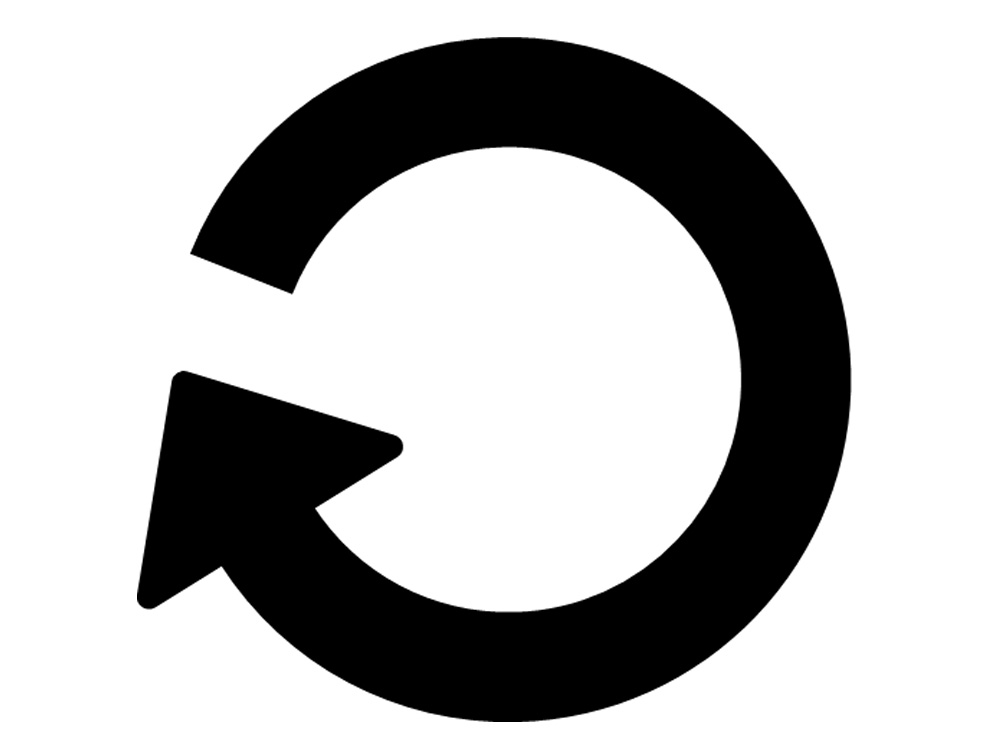 The snake eats itself.

This is the dream of automation.

The sun rises and the sun sets. The moon like clockwork appears each night with no human intervention or control, pulling the ocean this way or that. The seasons shift and humans look on with awe and without intervention.

The sausage is just one more player in a much larger game.

There is another way to interpret the symbol of the Ouroboros.

People—I am not trying to scare you.

I tell you this as a warning! And I remind you, one more time:

The sausage eats itself—that’s the best thing about the automated sausage.”