We’re on a packed train on the London underground and Beatrice Gibson is having a panic attack. Her confessional voiceover is paired with images of destruction, global turmoil, family footage of kids playing, and domestic life. Through this kaleidoscopic collage of life in the 21st century, I Hope I’m Loud When I’m Dead (2018) asks: How do we process life in the Anthropocene?

The film’s title is taken from a poem by CAConrad, and at the heart of the film is an interview between CAConrad and Eileen Myles—two poets musing on life, writing, and Gertrude Stein, and also performing readings of their work. The film straddles the political and the personal, the domestic and the global. Over a 21-minute run-time, it examines poetry, life as a woman, as a mother, as an artist.

Frankly, I Hope I’m Loud When I’m Dead is a conceptual mess. It’s so messy it becomes inscrutable, which makes it hard to create a solid argument or response that isn’t dishonest. It takes on too many ideas and relies on too many references—it’s hard to see a through line in the blur of images that speed by. But maybe this is what living in the Anthropocene is. Everything is just too close. Too much. In her voiceover, Gibson says ‘I’m all nerve,’ and the film feels like this sensation: a body reacting, a brain following behind, trying to make sense of the mosaic of information and sensory experience that life hurls at us. 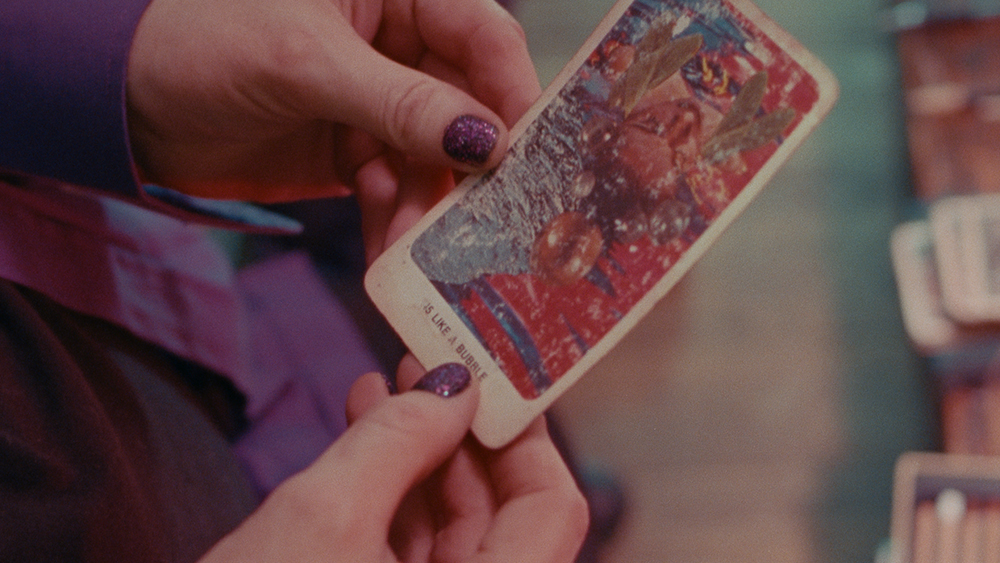 My problems with the film are built in to how and why it should be considered as interesting or relevant.

On paper the film has poetry at its core, with footage of Myles and CAConrad acting as the centrepiece. These two poets are living legends with singular voices; their work is subversive and utterly unique. However, I don’t understand why these poets and these poems are presented as a key focus of the film. I couldn’t see the link between Gibson’s examination of contemporary life and the work of these two writers.

Myles and CAConrad’s scene is composed of close ups of their faces and painted nails shuffling tarot cards on a shaky hand-held camera. CAConrad delivers a scintillating reading of the eponymous poem featuring one of my all-time favourite passages:

But how does this passage relate to the rest of the film? I’m unsure.

The poets are presented as something otherworldly: witches, wizards, and mystics. Their stanzas unfold like spells. Gibson depicts poetry as something mystical, and while in part this is true (there is something uniquely special in a poetic epiphany), Eileen Myles and CAConrad’s poetry isn’t esoteric. They build poems from the detritus of everyday life. The film presents poetry as being detached from the real world, and yet this is the opposite of what Myles and CAConrad create. Gibson tells us poetry, art and film are essential to understanding our lives and the world around us, but, in her method, she renders them as inessential. 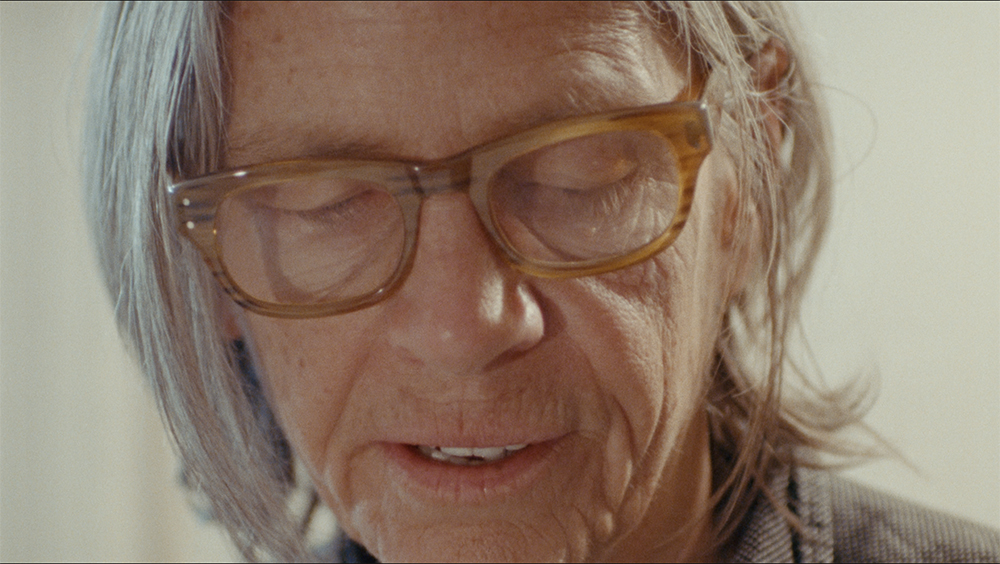 I do agree there is a correlation between poetry and cinema. Certain movies can make you think in a very unusual way, and it is the same way you think when you read poetry. If you think of novels as linear or horizontal thinking, reading a poem is a kind of vertical thinking. You don’t think about the forward motion of the story. You don’t process the content, sound, image and temporal qualities separately, they are not merely functional to the story or tools to convey a message.

This creates an experience where you hold all these elements in your head at once. It allows you to sit in the present while meaning blooms from a spooky place at the back of your mind. The author leaves space for the viewer or reader to think and make meaning. The author trusts the audience, and that gives the audience a fertile space to think in new and unusual ways.

Not every film is designed to create this kind of thought process, but I Hope I’m Loud When I’m Dead is an experimental film that explicitly engages with poetry. The film seems to strive for this kind of poetic thinking, but Gibson doesn’t give the viewer space to think through the ideas she is presenting. The use of voiceover and soundtrack means the viewer is being told what to think, which leaves no room for the audience to think for themselves.

I’m not sure what Myles and CAConrad’s work brings to the film, but it does serve to highlight a critical flaw. These poets are dedicated to their medium. They use the form to think through ideas. Their wisdom is moving because they articulate it formally, and do so with a clear-eyed exuberance and curiosity. Says Myles:

The distance that comes with replicating the self through a voice in poetry is freeing…The replicator is freed from the strictures and self-consciousness of the artist’s voice.

These concepts—replication, expression and assemblage—are shared between the poets and the filmmaker. However, in stark contrast to the poets, Gibson unabashedly tells us what she is expressing, and her formal execution undercuts the film’s thesis.

This bluntness—this solipsism—is a prominent issue that permeates the film’s collage of disparate texts, concepts and references, yet goes largely unexamined. The voiceover states ‘I wanted to put all these voices in one frame for you’, but all these voices are muted—they are collected and distilled in service of Gibson’s singular voice. Gibson tells us of her panic attack, and this is followed by an image of Grenfell tower burning. Gibson muses on life as a mother, then refugee boats overturn. This is not to say her exploration of living in the modern world is invalid, but using these events in service of her personal story disregards the people who actually experienced these tragedies. Her attempts at empathy underscore her solipsism. She tells us one thing, but, in the execution, she depicts something else. 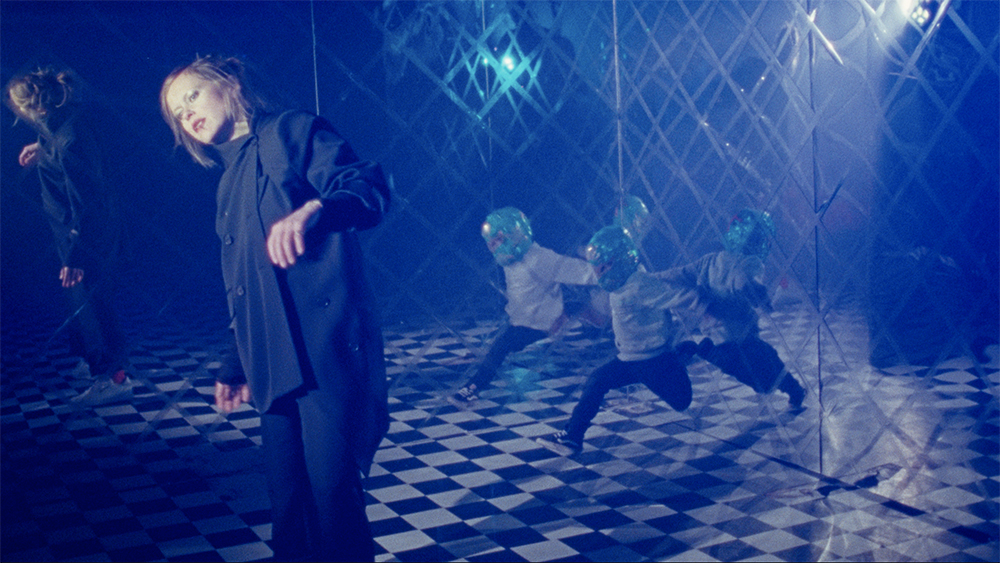 These flaws of solipsism and muddled references culminate in the closing moments of the film, designed as an exact replication of the iconic final scene of Claire Denis’ 1999 film Beau Travail. In Gibson’s version, she and her daughter are dancing to ‘Rhythm of the Night’ instead of Denis Lavant. It’s a bold move, and there is something dark and unsettling behind the joyful exuberance of their dancing after the other vignettes we have witnessed. But the scene feels out of place; it doesn’t build on Denis’ scene and I’m unsure how it relates to other elements of the film.

I have been writing about Gibson’s references and quotations more than the film itself. This says more about her film than I can. I Hope I’m Loud When I’m Dead has the makings of a great work. There are singular moments of cutting beauty that make this film undeniably worth seeking out. But I’m not sure what she is saying. It is ‘loud’ for sure, but it doesn’t linger in the same way a CAConrad poem does.