Is she dead or alive? Fiona Pardington’s photograph ‘Captive Female Huia’ (2017) depicts an inky-black bird native to New Zealand. Its long beak is ornately cuffed in silver, tethered by a chain to a small pin and set against a dramatic black background. The feathers of the now extinct Huia were traditionally only worn by Maori chiefs during important ceremonies, but here the bird is held captive by another ornamental tradition: the macabre Victorian predilection for jewellery made out of precious metals and even rarer specimens of foreign fauna. From the heads of hummingbirds to the carapaces of iridescent green beetles, such jewellery allowed for conspicuous displays of wealth and sophistication. But in Pardington’s work these objects become haunted rather than ornamental – the cuffed beak of the Huia revealing a colonial curiosity about the natural world soured by the desire to possess and contain.

In Not Niwe, Not Nieuw, Not Neu at the 4A Centre for Contemporary Asian Art, curator Micheal Do brings together a selection of works that collectively voice a stern refusal to allow Australia, New Zealand and the Pacific Islands to be defined by colonial aesthetics. By exposing the political assumptions behind the ways in which European settlers culturally constructed the natural world, the exhibition examines the shifting relationship between plants, objects and bodies, and recognises the deep trauma inflicted through declaring occupied lands vacant and new. 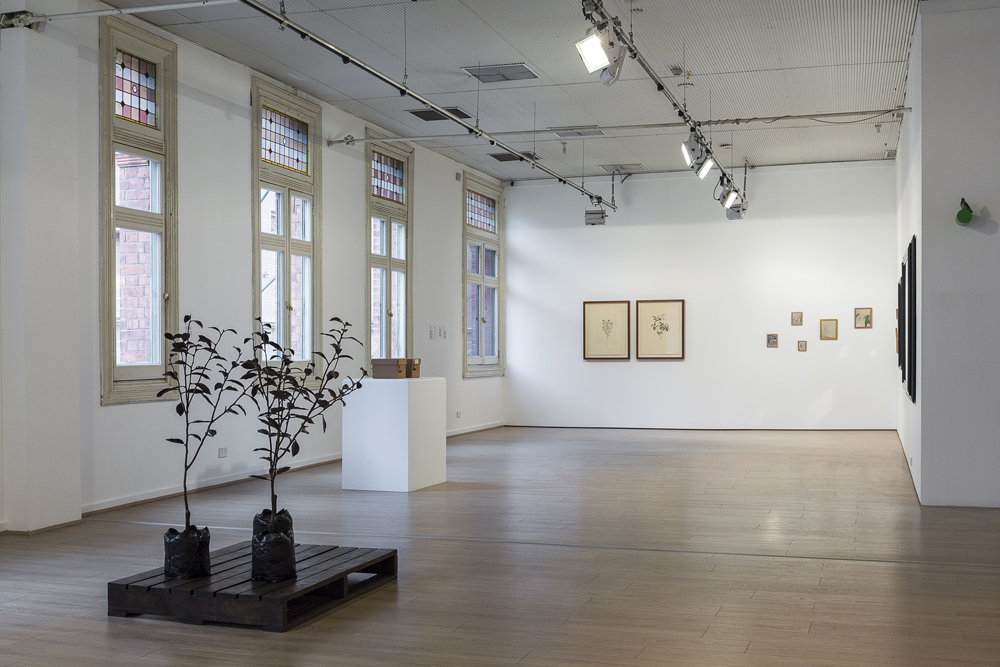 In the lower gallery space Newell Harry’s ‘Circle/s in the Round’ (2010), a series of flashing concentric circles in neon tubing, acts as an aesthetic counterpoint to the historically referential work that makes up the remainder of the exhibition. Each fluorescent bulls-eye is captioned with a pair of nonsensical palindromes (AVID DIVA, LEVEL ROTOR, and MALAYLAM RACECAR) with one exception – WHITE WHINE. Here the superficial and circular complaints of whiteness are no different than the nonsense and gibberish of the other flashing loops. But Harry is also pointing to the disorientating power of language: how its meaning can be read and misread, how it is responsible for acts of naming and silencing.

Harry’s bright quip sits in conversation with Daniel Boyd’s two kitschy portraits in the upstairs gallery. ‘King No Beard’ (2008) and ‘Sir No Beard’ (2009) each respectively depict King George III and Captain Cook in contemporaneous dress, complete with pirate eye patches and a parrot. The works are painted in oil (with all the implications of status and esteem that the medium entails), but are given the wide white borders and oversaturated colour palette of Polaroid photos. Just as Harry is drawing attention to how power operates in language, Boyd is similarly considering its role in colonial portraiture. Through portraying King George III and Captain Cook as pirates and ruffians with a transient and disposable sheen, Boyd quietly mocks the legacy of these supposed titans of the age. 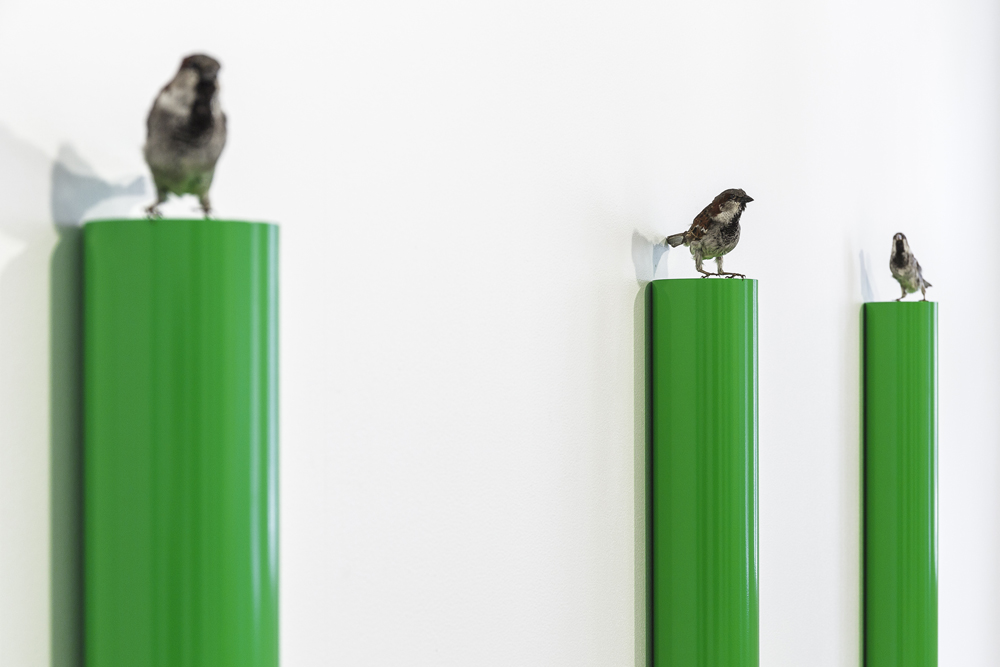 Next to these portraits sits Michael Parekowhai’s ‘Beverly Hills Gun Club’ (2004), a work made up of a row of taxidermied sparrows that are perched on single green branches. Parekowhai has named each of these sparrows after people and situations that are connected to the use of American handguns. On the one hand, these birds become weaponised, as Parekowhai links the negligent introduction of European species into Antipodean ecosystems with the contemporary horror of gun crime. But these birds also appear as stand-ins, as cyphers for the people and cultures endangered by colonial invasion. And given their position directly across from Pardington’s extinct native bird held prisoner, these taxidermy specimens are framed as both a threat and a warning.

Botanical motifs reappear in Parekowhai’s ‘The Moment of Cubism & Nude Descending a Staircase’ (2009), which consists of three lemon saplings tied to a packing crate cast in bronze, and James Tylor’s ‘Terra Botanica’ (2015), a series of daguerreotypes depicting native plants being measured, cut and burned. These works, together with Pardington’s large format photographs, sit beside two copperplate botanical engravings from Sir Joseph Banks’ Florilegium (1771-1784), a pictorial record of the plant life collected by the botanist as he accompanied Captain Cook on his voyages. There’s a temporal dissonance that occurs when such contemporary works are positioned alongside the historical Banks.

It is because of this dissonance that the exhibition is able to question the presumed colonial impartiality and ‘fact’ of such botanical and zoological taxonomies. In placing these works in conversation, Do exposes the role of these systems in justifying the European exploration and exploitation of foreign land.

But the darkest consequences of European exploration narratives are most clearly exposed in two other works by Boyd. Situated without prominence in the corridor outside the main gallery, the first, ‘Up in smoke tour #13a + b’ (2011), is a small watercolour dot painting in blues and greens on the lids of two shabby cardboard boxes. The full significance of this painting is not clear until entering the main gallery, where a single specimen box from London’s Natural History Museum sits on a white plinth, decommissioned and empty, but still carrying the heavy weight of the human skull it once contained.