I used to think the Princes Highway was called the Princess Highway. I was disappointed when I found out it wasn’t. I vaguely remember having a muted argument with one of my sisters about it, incredulous at the news. It was surprising because I hadn’t given the name much thought, so had taken it as fact. I liked to think of it as a kind of description, of the road being chipped out of clay like the squared off edges of a princess cut diamond.

JD Reforma’s Princes Highway (2017), currently showing at 55 Sydenham Rd, takes the road’s title as its starting point. Named in 1920 after a royal visit by the then Prince of Wales, the highway would become one of Australia’s major arterial roads, winding its way through Sydney’s south-western suburbs before making its way down the coast.

The eponymous prince would later become king (and emperor), then after his abdication, duke, his life a succession of titles. Despite the name and the official state visit, the prince never actually drove on the road itself. But the pomp and circumstance surrounding the whole affair elevated the highway, giving it an air of grandeur or sightseeing-worthiness.

Whatever grandeur the highway had on its opening has now faded with almost a century of use and growth, its name just another marker of our recurring colonial hangover. Sydney unfurls haphazardly, and no infrastructural vision (if we could even call it that) has been able to keep up. 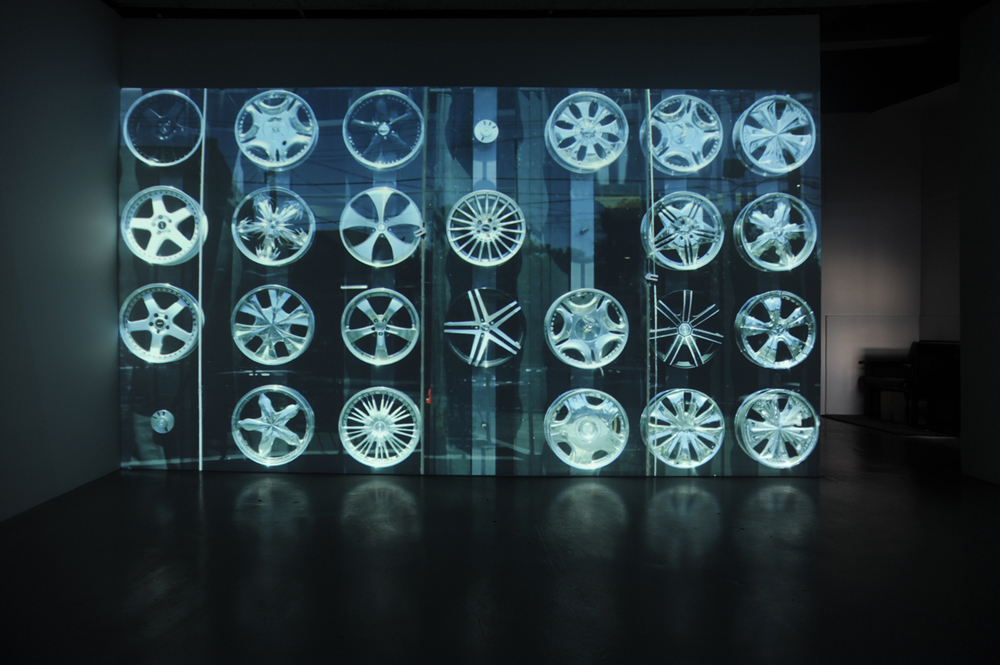 For Princes Highway, Reforma exhibits a looping video of the chrome wheel window display of ‘Tempe Tyres’, a tyre and wheel business located on a congested section of the road. The blue-grey tinted window shows people bustling about inside the shop, presumably there to buy. The window also reflects the sometimes frenzied, sometimes trickling, but mostly steady flow of cars on the road in front. The only stillness is the wall of wheels that sits in between these two different kinds of traffic.

The air of industry surrounding the 55 Sydenham Rd gallery building makes the road-facing room a perfect fit for Reforma’s work. The heat is stifling. The cracked and tinted windows conjure an idling car interior with busted aircon. We wait and watch as the zoom of cars in the video, and the zoom of cars on the road outside, reinforce the illusion of movement. The whole endeavour seems to be one giant folding-in-on-itself of inner-west roads, highways, concrete, and cars.

This insistence on staying still while looking at a display dedicated to speed, or at least the look of it, is part of the point. In a city so bound to its congested infrastructural corridors the video loop is a measured suggestion that some things remain stuck.

But Reforma is also suggesting that there is a lingering cultural relevance to this strip of road. We are directed to pause on the connections and cultures that surround cars and highways: the commute, the drive, the doing-up of vehicles. For me, the sight of chrome and cars inevitably takes on a suburban flavour—the glint of chrome is something every suburban youth is acquainted with, whether through desire, distaste, feigned interest, or indifference. Suburban car cultures are one part of our collective national obsession with masculinity. And here Reforma turns a critical eye to this obsession, which is not exactly disdainful but does offer a subtle jab—at both masculinity and us.

Whilst Reforma focuses his lens entirely on the ‘Tempe Tyres’ window display, the chrome wall is only one of many odes to masculinity on that same stretch of the Princes Highway. Another that comes to my mind is ‘Workscene’. Just down the road from ‘Tempe Tyres’, the window display of hi-vis work gear at ‘Workscene’ is a permanent fashion showcase of tradie chic, and seems to call to the same customer that just stopped off down the road to upgrade their rims. This window display is the one I always quickly look at when I drive past. Hi-vis has a liveness for me that I don’t get from rims. My own particular distaste stems from a youth of feigned interest; what else does it say that I prefer the saturated flair of hi-vis bodies over the sheen of rims? 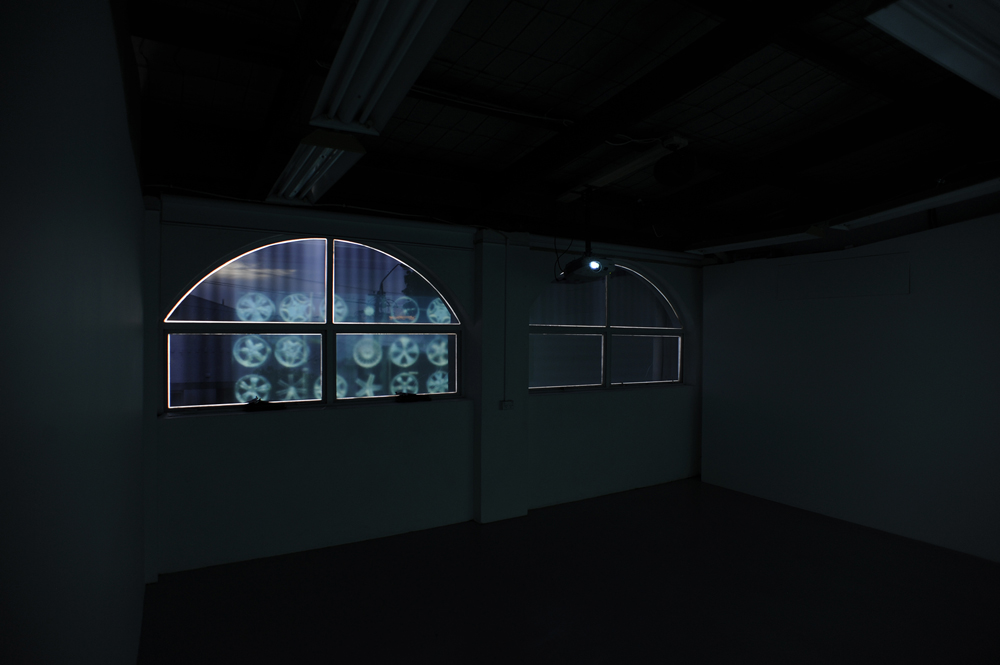 Like the origins of the name ‘Princes Highway’, so much of our national imagination is tied to myths about men. Perhaps the tradie with his suped-up, chrome-wheeled car is the next addition to the national roster: Bush Ranger, Anzac, Lifesaver, Tradie. Suburban masculinity for our suburban nation. Like the chrome wheels themselves, we can respond to these figures the same way: with desire, distaste, feigned interest, or indifference.

Maybe, like the prince who never travelled on his highway, these things are about how myth is always doing the most work. Maybe, as Princes Highway seems to suggest, we often take myth as fact. Maybe then it doesn’t matter if I continue calling it the much more fun ‘Princess Highway’.