This is a sonic response to Connie Anthes and Julia Bavyka’s exhibition Soft Infrastructure at Firstdraft and is best listened to with headphones. The exhibition considered how to ‘actively dismantle’ or ‘think away’ from the institution.

Felt, as a material, is formed by ‘matting, condensing and pressing’ through ‘applying heat, moisture and friction to entangle and bind fibres together.’1

I’m looking at a felt jacket on a felt wall. This is an invitation for ‘not doing’—a prototype for stillness and rest.2 Headphones dangle, omitting a murmured conversation between Julia Bavyka and Connie Anthes, and two neatly rolled balls of soil rest on extended metal prongs. Another wall offers a tear-away-calendar style of excuses for ‘not doing’, such as the simple ‘gone fishing’. We are left to take these as we please. We are also invited to enter the felt jacket on the felt wall—to pull our arms and extend our necks through the cut-out holes. A long chain expands outside of the room and attaches itself to outdoor seating.

Bavyka and Anthes posit the potential of a ‘New Institution’, one with slippery borders, linked chains, and ‘leaky’ spaces where the material of the earth is inside.3 It begins with the felt jacket, which prompts us to consider Bavyka and Anthes’ infrastructure and ‘the politics of their passage’—though soft to the touch, felt causes friction.4 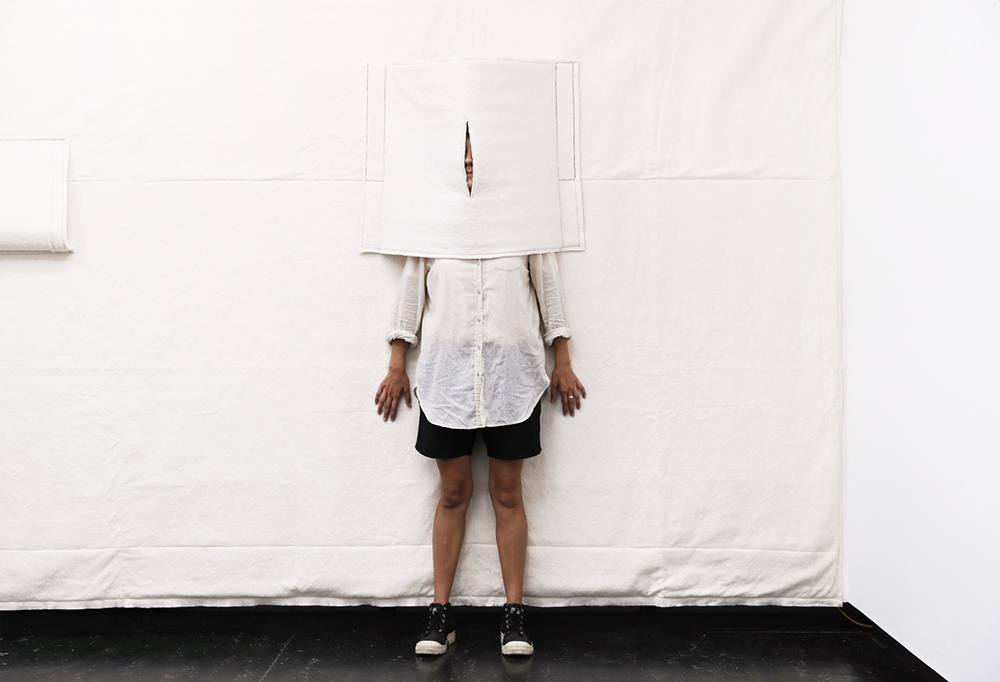 Felt controls noise, limits airflow, absorbs liquids, insulates and self-extinguishes. It does not fray, can be both natural and synthetic, and cuts with a clean edge.5

Felt resides on our roofs, in our cars, under vinyl records, buried in landfills and inside cured-in-place pipe. It is the stuff of noticeboards, cabinet bumpers, chalkboard erasers, dust filters, military headwear, door seals, air fresheners, marker tips, blankets, clothing and rugs. It lubricates machinery, mutes instruments, and regulates temperature. It produces walls, casino tabletops, and aircraft mechanisms. Its reach extends far beyond the edges it supposedly holds.6

How can we think about felt differently? Take its verb as departure? As Lisa Robertson contends, ‘surfaces inflect our gestures. And vice versa.’7 So let us consider not only how felt is infrastructure, but also how infrastructure can be felt?

‘A friend who has a job as a telephone transcriptionist for people who can’t hear has had to face the problem of what to do when one party he is transcribing has sobbed.
(He puts the sobs in parentheses.)
This is the problem of what-to-do-with-the-information-that-is-feeling.’8 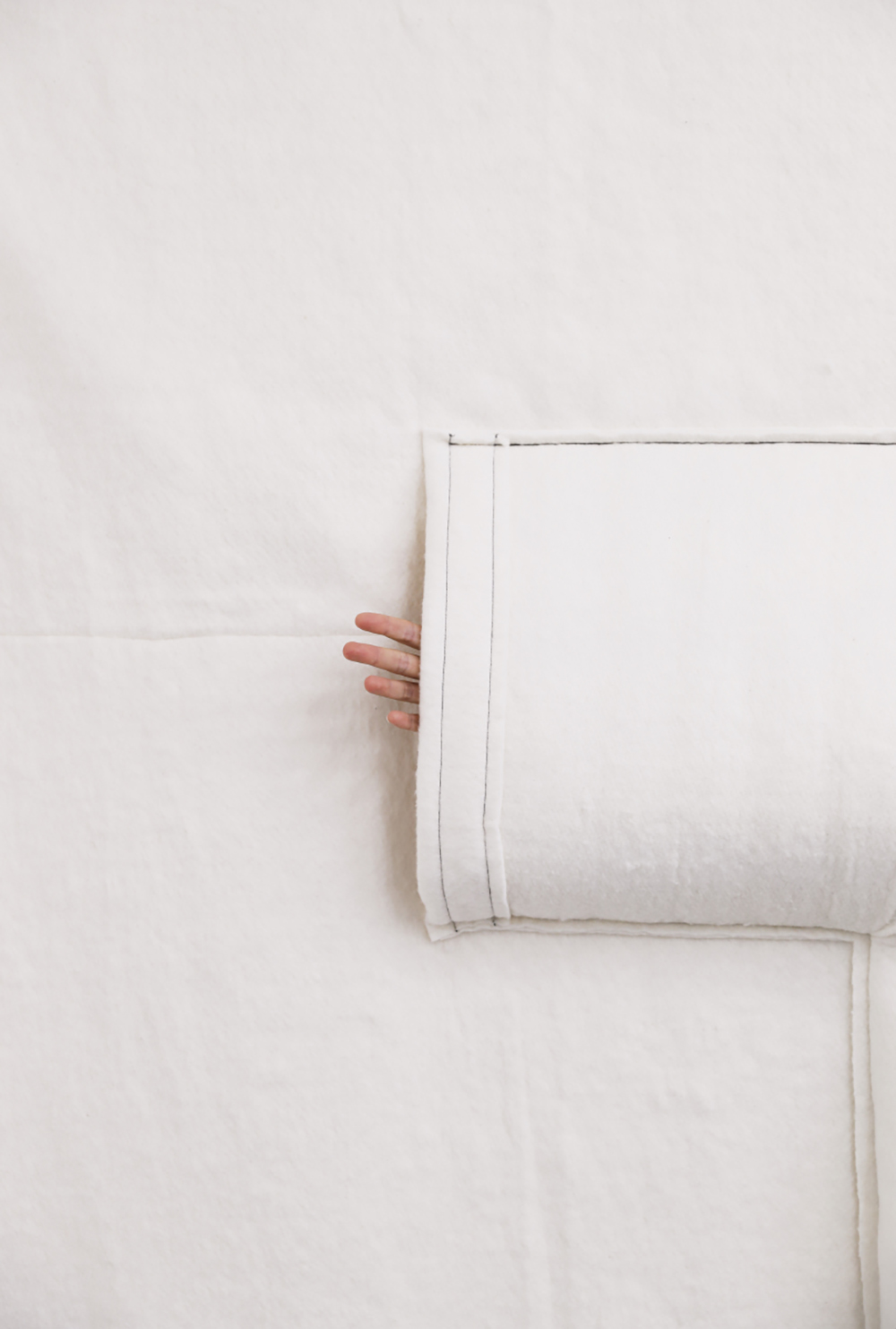 What happens when form softens?23

What happens when the felt jacket doesn’t fit?25

What we need to consider is that the ‘Institution is all doors but no entrances.’26 Perhaps Bavyka and Anthes are fostering a space of entrances with no doors. Soft Infrastructure is an exhibition framed by snippets of external conversations and offsite excursions, where dialogue occurs outside of particular infrastructures, despite the complicit engagement with them. Perhaps the layers of felt on the felt wall are muffling a more direct conversation.

How can we make the language itself slippery, make this conversation felt, soften its infrastructures?