Laura La Rosa is Running Dog’s inaugural First Nations Emerging Critic—this is the first of three pieces to be published over the next four months. 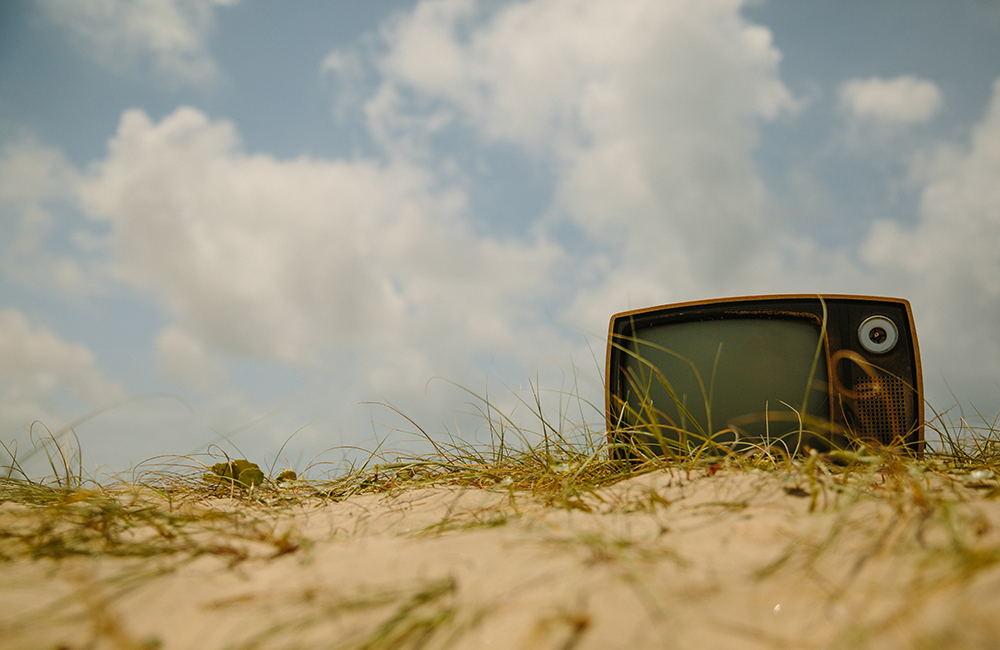 As feminists, radicals included, we are not exempt from the system of western capitalism. We are as much its vulgar subjects as we are its elite, a negotiated foe at best. We are its picketers; its cute, slogan-wearing artefacts; at times, its hypocritical beneficiary of exploited labour, knowingly or otherwise. Though we move forward with a liberation of a kind, we remain part of the market, its segment, its other.

The Australian #metoo movement imploded faster than you could utter its syllables in a quiet rage. Not because of defamation, either. Rather, our local offshoot—in all its celebrity hype—self-destructed within the confines of its own ideological paradigm. That is, the dominance of neoliberal individualism: a politics whereby one (anyone) can and should be the agent of their own prosperity. This is the same ideology that cultivates a social climate whereby celebrity activists are able to co-opt movements for feats of self-branding.

Just as neoliberalism promises the power of aspiration, Australia’s mainstream feminist movement pledged a gung-ho new era of change. Following the global success of Tarana Burke’s #metoo, Australian media figure Tracey Spicer solicited local disclosures, with brave people coming forward to share their traumas in good faith. A few stories broke, many vanished into oblivion, before the moment extinguished into little more than the scrounging of capital from media outlets and influencers alike.

Since the 1980s, neoliberal ideology has injected itself into the Australian national psyche, namely via the household television. It’s underpinning message? That people—women especially—exist as projects of continual self-improvement and as avenues for consumerism. In a similar vein to lifestyle television, white feminism’s commercialised culture promotes class fluidity, which suggests that changing one’s own status and realising one’s dreams are simply matters to be taken up by those willing and ambitious enough—a far cry from a history of collectivism.

Both lifestyle and white feminism facilitate dialogical discourse that mythologises class as something people have full agency and autonomy over. Serving as a political push away from welfare to a culture of self-regulation and good consumer citizenship, neoliberalism contradicts its promise of prosperity, instead bolstering inequity through the free market, competition, and systems that oppress and erase.1

While critiques of lifestyle programming and contestant-based television (Big Brother, Survivor etc.) permeate cultural scholarship, the need for a more widespread analysis of its parallels to white feminism’s neoliberal culture remains. Certainly, women in business and leadership as a commodified marketplace is rife with consumer messaging akin to that of lifestyle television. Women in the corporate realm are sold notions of prosperity as well as the tactics required to modify their behaviour. Financial and cultural capital is forged through content, events, awards and networks, which feature ‘thought-leaders’ to uphold and aspire to. However, little exists in the way of overhauling and re-writing the very system these women play in, with the sector remaining exclusive to those with the financial and social means to gain access.

For women outside the white-collar realm, lifestyle television remains the neoliberalist’s next best shot at disseminating its core ideas to a mass audience. As cultural theorist Gareth Palmer writes, the idealised lifestyle television subject ‘is stripped down to one in which personal responsibility overrides any social, economic or political factors. Everything is seen through the prism of the responsibilised self. In the guise of re-education, the working class can be made to see their problems from the perspective of objective expert/consultants who will stress performance and character rather than anything else.’2

Consider lifestyle television’s realm of morning breakfast shows with their perpetual use of experts to push consumer ideas surrounding health and nutrition, and the ways in which they position lower socioeconomic groups as subjects of a self-inflicted ‘obesity crisis’. Note also the Kardashian’s regular claims that hard work afforded them the lifestyles they exhibit, as opposed to inherited wealth, privilege and a profitable portfolio of consumer products.

Palmer’s analysis of lifestyle can also be applied to corporate white feminism, which similarly implies that the attainment of status is achievable (for the individuals that work hard enough). Never mind complex and biased social hierarchies which are, for the most part, ignored or undermined. Though, in much the same manner as lifestyle television, this version of feminism ironically reinforces these hierarchies through its heralding of spokespeople, experts, and didactic formats that encode a culture of trickle-down success.

Feminist writer Jessa Crispin is one of few white women writing outside academia to have actively linked feminism with lifestyle, suggesting that ‘[it’s] become a way of shielding your choices from questioning. This is part of choice feminism; I call myself a feminist and I’m making a choice so therefore the choice is feminist. And that’s absurd. There is a sense that if you question this, it is shaming. All of this is deflecting criticism.’

Crispin also points out the hypocrisy surrounding encoded ideas of the modern, empowered woman, arguing ‘for the most part, self-care is arranged around products and consumer experiences that are organised around poorly paid, immigrant labour.’ Under neoliberalism, women are told how to behave, how to contribute, as well as how to consume and construct lifestyles that feed into supply chain systems of enslavement.

Tell me what you eat: I will tell you what you are.
Brillat-Savarin

Originally devised as a means to keep post-WWII wives entertained while simultaneously steering women back towards domesticity, food lifestyle television paved the way for encoding ideas of consumerism. As a genre, lifestyle TV quickly expanded across a multitude of subjects, such as the home (The Block) and the body (The Biggest Loser), among others. As a medium, television remains significant in ingraining expertise as a cultural norm and as a tool for injecting social and political agendas.

Consider MasterChef’s foregrounding of white, wealthy male judges. A performed superiority and ordinance sets up a contract of them and us between expert and contestant, the bourgeois and the ordinary. (Interestingly, this very dynamic was replicated amid George Calombaris’ widely reported wage theft scandal). Similar to programs such as MasterChef, the staged bourgeois in contrast to ‘the other’—and the philosophies of self-regulation and surveillance— also permeate white feminist messaging.

Corporate white feminism urges women to pull up their socks, to embody that of the ambitious contestant, and to lean in to a palatable form of femininity should they wish to succeed. Under neoliberalism, we’re told we ought to be Nigellas by night; tireless, well-kept trailblazers by day. All in the same twenty four hours.

These ideas are espoused by the popular global ‘feminist’ Lean In movement, led by Facebook COO and billionaire Sheryl Sandberg. Promoting the neoliberal belief that one’s destiny lies in individual application, the culture of leaning in implores women to strive harder and do better within the system’s status quo. It’s messaging positions white, professional, middle-class women at the heart of its reach, undermining factors of race, accessibility, and unconscious biases beyond that of binary gender. Astonishingly, Sandberg’s Lean In (2013) encourages its readers to seek a supportive romantic partner, suggesting this act is central to a woman’s overall success.

In a critique of Lean In’s rhetoric, bell hooks suggests that Sandberg is ‘really speaking about heteronormative partnerships, and even more specifically [about] marriages between white women and white men.’ The broader culture of leaning in, denotes the picture of a white woman trailblazer with a well-trained hubby in tow—a sentiment mirrored across white feminist culture within Australia. Aside from being grotesquely regressive, Sandberg’s schtick also serves to perpetuate the corporate realm’s insidious history of excluding transgender and non-binary people, among other groups. Sandberg’s brand implies that progress equates to patriarchal and heteronormative ideals of being and succeeding. This is paralleled across lifestyle programming where portrayals of romance, home ownership, wealth creation, and reproduction are disproportionately framed through narrow and heteronormative representations.

We are just souls inhabiting a body, you know, trying to find our way, and we work out the direction we actually want to take in the end. If you’ve worked out what direction that is, then it has absolutely no effect on me moving forward.
Nick Cummins weighs in on women who date women, (The Bachelor Australia, 2018)

Historically, the embodiment of these ideas enabled the settler ruling class (and their modern-day entrepreneurial successors) to construct and reinforce a capitalist culture of family fragmentation and isolation. The idea was that (white) men commuted to work and (white) women fulfilled all things domestic—a systemic entrenchment that many Blak feminists, as well as socialists and radicals, are still battling to untangle today. In her book Talkin’ Up to the White Woman (2000), Goenpul woman and academic Aileen Moreton-Robinson discusses white feminism’s lack of analysis of whiteness as its own existential and flawed sociological group.

Further, and in a similar vein to the history of white women’s suffrage, Moreton-Robinson highlights a general lack of interrogation from white feminists concerning their long-held proximity to white, middle-class men in both social and structural terms. ‘For Indigenous women, all white feminists benefit from colonisation’, writes Moreton-Robinson, ‘they are overwhelmingly represented and disproportionately predominant, have the key roles, and constitute the norm, the ordinary and the standard of womanhood in Australia.’3

Indeed, across lifestyle and within the contemporary language of gender equality, race is the elephant in the room, factors of access are barely comprehended, and class tip toes around a learned consciousness. Even when you’re actually in the room, intersectionality becomes a formality at best, performed in a space extended to ‘the other.’

Much like the lifestyle contestant, women are told to look inwards and away from a collectivism. That is, if we wish to thrive. We’re told to idealise white middle-class heroines, to look no further than our backyards and our living rooms; to find refuge in material artefacts and individual constructs of social capital. We’re socialised through a culture of perpetual inadequacy and consumption, one that exhausts and distracts us from an increasingly fascist climate.

And while white women have wised up to the Jenny-Craig era of two-dimensional interpolation, a co-opted, pseudo-post-feminism continues to infiltrate mainstream Australia. One that homogenises women, in spite of our complex differences—promising us the cheap and mythical notion that all of us can have it all.