In the front matter of a yellowing paperback copy of Roland Barthes’ A Lover’s Discourse (1990) I have inscribed the date—23 July 2000. Looking at it now, I can recall this time eighteen years ago, reading Barthes’ work during a long period of romantic solitude. I hadn’t been in a relationship for at least six years and Barthes’ words full of longing, anguish and desire spoke to what I had no words for: an inexplicable absence of the other, an unknown other, an imaginary other.

I recall feeling buoyed by Barthes’ analysis. His attempt to rationalise what remains beyond logic assuaged what I had critiqued as my failure—to desire someone who either did not exist or who could not desire me in return. Further, he described love as a language and on reading the ‘fragments’ of A Lover’s Discourse I felt this language to be episodic, spasmodic and fundamentally entrenched in the imagination. 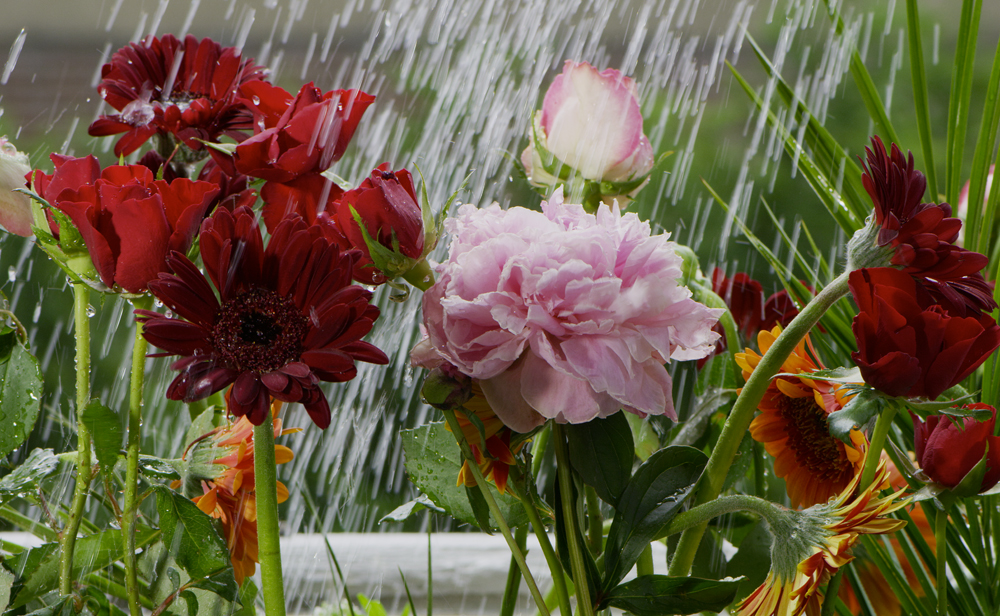 In Apartment Monologue (2017), now on view at COMA Gallery, German duo Hedda Schattanik and Roman Szczesny have cinematically imagined longing. One may be tempted to call this work a love story, but then again, this would read wrongly for a narrative that is poetically uncertain, disjointed and unconventional in its portrayal of slippery relationships.

From the outset we are introduced into the warm light of an abandoned but comfortable apartment. We know it is cosy by the soft carpet, the legs of designer furniture, and other details of everyday life. The work opens with a scene of a partially open blind, the aluminium type that easily kinks. Here we are offered a limited view of the world outside of the apartment—we are inside, yet we are outside.

Other scenes pan across lush European landscapes with patches of red, pink and orange flowers. We watch as they become drenched in an unruly rain shower, before returning ‘home’ to the warm bedroom of the vacant apartment. The doona on the bed appears to have had a body recently beneath it. The technology in the bedroom is whirring, the sound bars of an equaliser moving up and down to the sound of a voice. Whose voice do we hear? Who is it that is asking, ‘Why did he leave me alone?’ Is it the computer on the desk speaking? Or is it the large brown floating eyeball that rotates in circles stating, ‘All the world [has] lost interest in me’? Does this eye surveil the apartment? Is it the apartment that speaks?

Given that it is made up of fragments of disparate and seemingly unconnected images, Apartment Monologue provokes this line of questioning. Take for instance a bowl of strawberries covered in furry white mould, both beautiful and repulsive; or a lone tree with one branch gone awry; a beautiful blue sky with birds wistfully whipping in and out of frame. What makes these moving images speak are the alternating voices taking turns to narrate (in German) their side of a breakup story. Accompanied by English subtitles, we hear the story of those who have inhabited the apartment: they have broken up for a reason I am still uncertain of, there is a departure, one of them leaves, or both of them leave, and the apartment is left alone. 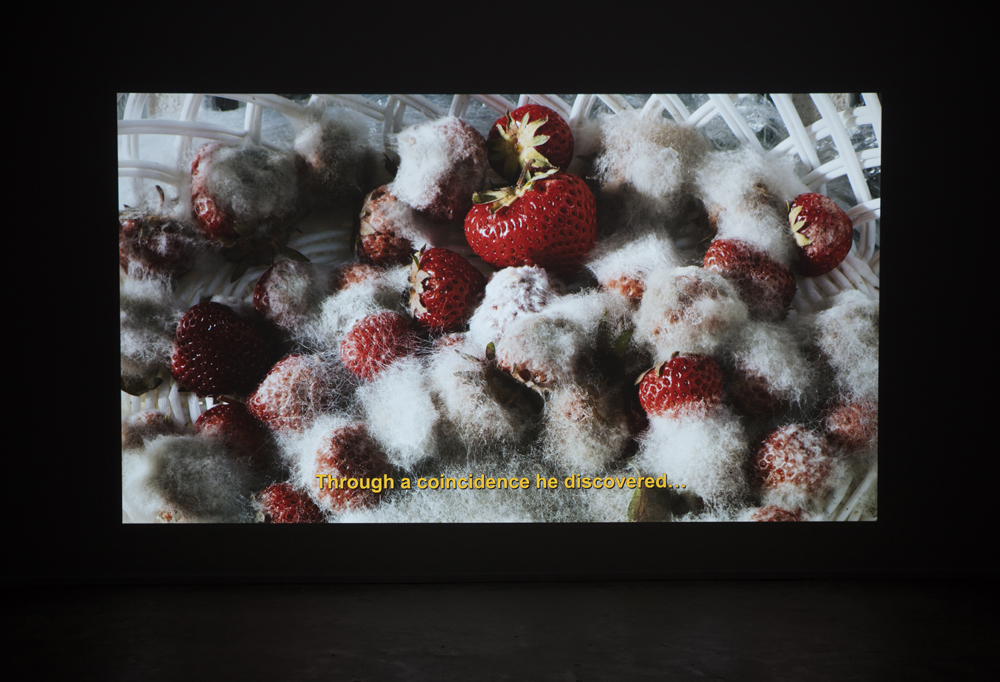 The apartment then speaks to us of its abandonment and of the inhabitant’s disappearance. And it is the apartment’s loneliness that brings me back to Barthes. In a chapter titled The Absent One, Barthes offers a textual definition that best describes what Apartment Monologue stages:

Any episode of language which stages the absence
of the loved object—whatever its cause and its
duration—and which lends to transform this
absence into an ordeal of abandonment. [1]

For Barthes, love is a story soaked in pain, solitude and the desire for one who is absent. Apartment Monologue traverses this same terrain, with Schattanik and Szczesny presenting a staging of absence in duration.

It is through the slippery narrative of image and words that the work gestures towards Barthes’ nuanced understanding of vacancy and abandonment: ‘Amorous absence functions in a single direction, expressed by the one who stays, never by the one who leaves: an always present I is constituted only by confrontation with an always absent you.’ [2] This paradox is conjured in the only scene to picture a person: the gentle smiling face of a woman, hidden in the corner of a photograph in a shattered frame. The photograph is blood soaked, perhaps by a hand which received a cut from the ferocity of smashed glass. Is she the absent or present one? And how can a scene suggesting such violent separation also issue love and longing? This is the paradox of adoration and wanting.

In the final moments of this work, we see a building on fire. Perched on the edge of a cliff it appears fantastically located and precarious. But this precariousness is nullified by the blaze that engulfs it. With smoke billowing into the atmosphere, the intensity of the blaze signifies a release; a release from materiality and the anguish of absence, or what Barthes describes as ‘a moment when the other […] topple[s] sharply from absence into death.’[3]