The opening scenes of George Frideric Handel’s Athalia (1733) begin in a period of relative calm. The biblical Queen Athalia (daughter of Jezebel) has occupied the throne for some years, mistakenly believing that all claimants to the throne have been wiped out. But one child remains, concealed by Josabeth, wife of Joad, the high priest of the Israelites. Now renamed Eliakim, the young boy is the rightful heir to the throne, and the only hope of restoring the line of David.

For its latest production, Pinchgut Opera has resurrected one of Handel’s lesser-known English oratorios (with the libretto by Samuel Humphreys)—a work that sees the murderous idol-worshipping Athalia (Emma Pearson) set against the god-fearing and pious Josabeth (Miriam Allen). A relatively new form at the time of its composition, the oratorio has few da capo arias, allowing for ‘the chorus of Israelites and Heathens’ to take on a more profound role in the drama (performed here by the Cantillation ensemble).

Whilst it would be easy to see such a story as yet another version of threatening female sexuality versing chasteness, director Lindy Hume moves away from this simplistic dichotomy. The result is transfixing—it is a startlingly beautiful production that glows with a quiet fierceness; the simple narrative construction of the plot belying the complexity of its political themes, and their stark relevance to our contemporary moment. Athalia is above all a consideration of faith and temptation—whether belief can remain unshakeable in the face of great terror or whether it will be loosened by expediency; whether hope in the restoration of a just and rightful order can remain unchangeable; whether it is possible to retain innocence whilst desiring revenge. 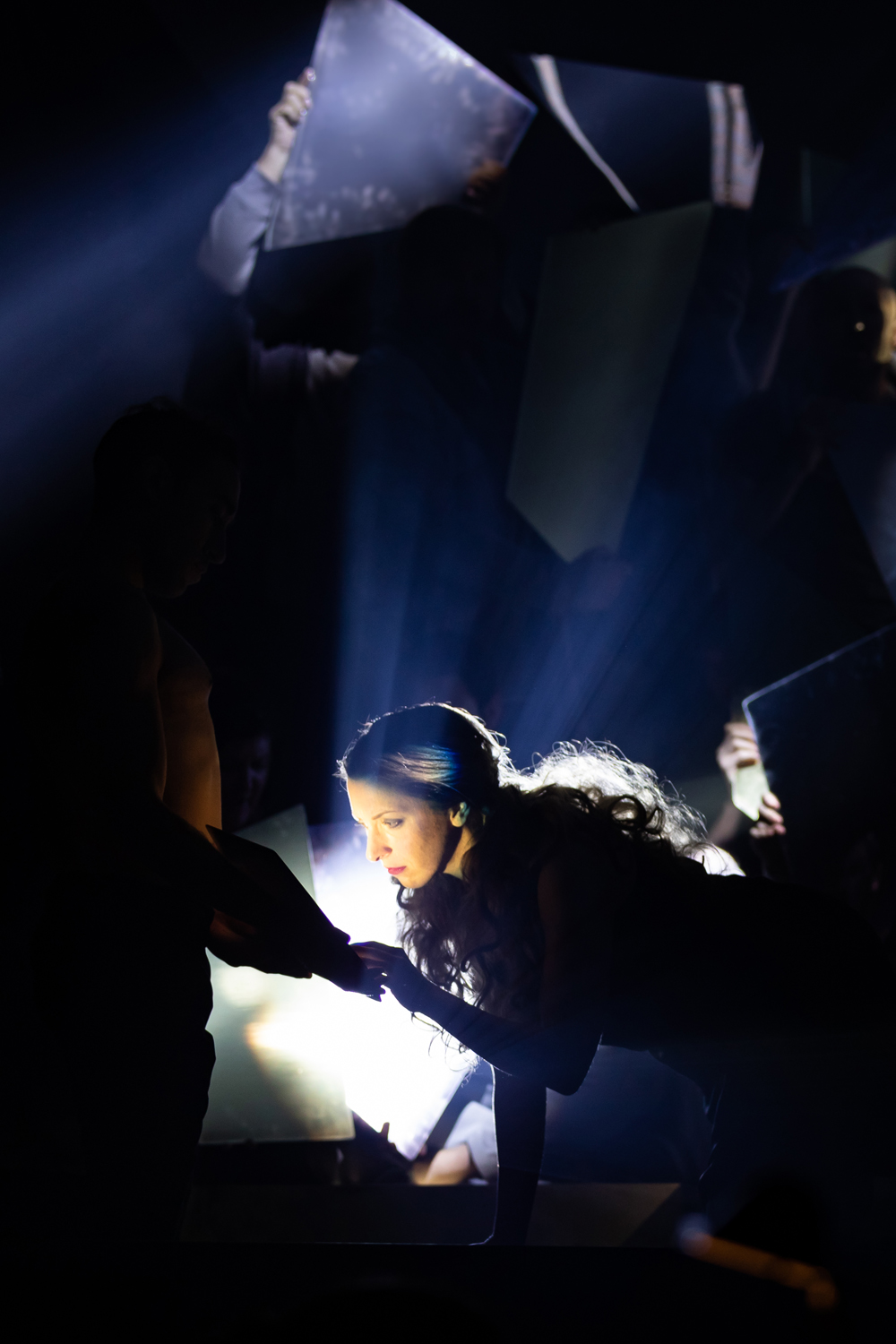 After dreaming of a young boy plunging a dagger into her heart, Athalia moves towards her inevitable confrontation with the young future King. But instead of portraying the queen as a purely vengeful tyrant, Pearson gives a nuanced and considered performance of a woman who seems entirely trapped by her own fears, haunted and shamed by the violence of her mother, and beholden to a role that seems preordained rather than directed by freewill. And it is in the scenes leading up to Athalia’s inevitable demise, and the victory of the Israelites, that Handel’s meditations on human will, desire and loyalty come to the fore.

It is in the reflections on suffering and fear, the religious adulation of the chorus, and the hesitation and subsequent resolve of Josabeth that we are encouraged to consider how easily the scale can tip from piousness into religious zealotry, how faith in itself can be responsible for needless suffering, and how often moral frameworks can be manipulated to justify acts of violence.

This is further heightened by the presence of the young Eliakam (Freddy Shaw), whose hesitant pleas for forgiveness, love and unity are sung softly and go unheeded.

We are able to ponder these themes and our own relationship to them not only because of the level of temperance and subtlety that exists in the oratorio itself—trauma and violence being spoken of rather than enacted—but also because of the sophistication of the staging and set design. Melanie Liertz has constructed a glimmering geode, which is made up of intersecting mirrored fractals that both distort and reflect the drama of the stage back onto the audience. Like a Greek tragedy, the chorus is present for nearly all of the drama, and, when placed amongst the geometric design, form a rich tableau of reaction and response.

There are some who found this type of staging a little too stilted, arguing that it only emphasises the lack of drama and reiterates why an oratorio’s presentation as a stage production is a risky move. But I found the opposite to be true. In being directed in this way, Athalia takes on a distinctly modern, almost Brechtian, type of distancing. There is a removal of the audience from direct action, which then allows for deeper forms of listening and reflection. It is a stoppage or halting of action that enables an effect similar to what Roland Barthes referred to when thinking of the film still—‘the accentuation within the fragment’—a heightening in the very moment of suspension that encourages more active reading by the audience. 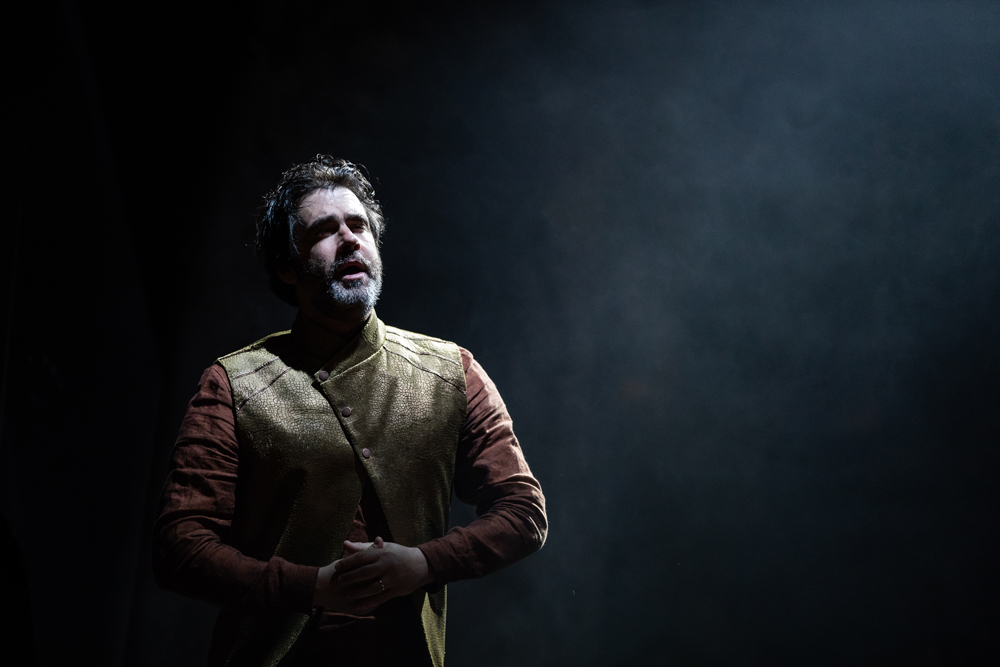 But such stillness would not work were it not for the beauty of Handel’s score, which shifts between declamatory and rousing choral works to haunting laments and pleas for faith to be restored. And as much as there is to be said about the excessive ornamentation and flourishes that characterise the baroque, the music here is far more controlled—simple and gentle clear melodies that meander towards, rather than jump, into harmonic resolution.

It is the final scene of Athalia, where the true King is revealed and Athalia’s grip on power crumbles, that reveals Humes’ level of directorial restraint. Instead of providing the audience with scenes of bloody revenge and jubilation at the fallen queen, there is a sudden evacuation of certainty and joy. Athalia and her accomplice Mathan lie crumpled in a heap to the left of the stage, Eliakim staring in passive horror at their forms, and the chorus frozen in positions of despair, even regret. The Captain of the Guards, sympathetic to the plight of the Israelities (and dressed in military clothing and combat boots that could easily be mistaken for the uniform of a modern Israeli soldier) places a hand on the shoulder of the young King. It is a gesture that can be read as both an offer of comfort and a menacing reiteration of power. What happens after an authoritarian regime topples, and how quickly does new hope erode?

There are many who have an entrenched idea that opera has long lost its ability to be a politically potent genre (if it ever had it), and that it now operates merely as a service for the comfy bourgeois crowd. Pinchgut Opera, with its innovative and thoughtful productions, turns this tired stereotype on its head. And the images and memories of Athalia’s final scenes—the ability for a piercingly clear voice to travel from one end of the room to the other unaided, the spotlit Clint van der Linde kneeling with his hands in gentle prayer, a frozen arm of a chorus member stretched outwards towards the deposed Athalia—have stayed with me. I have turned them over in my mind again and again, which, for me, is as clearer indication as any that experimental contemporary genres do not have sole ownership over the trangessive and avant-grade.