I look down upon the earth as I’m flying high above, from Sydney to Auckland, and back again. I will repeat this trip in a few months’ time, and then again at Christmas.

The ocean always seems to be at its bluest from this height.

I think of the Māori legend of Papatuanuku and Ranginui.

Papa, the god of the sky, and Rangi, the goddess of the earth, were locked together in a tight embrace. Their children had to live in the dark space between their bodies. They dreamed of living in the light and tried different ways to separate their parents. It was their son, Tane, who used his strong legs to finally push them a part.

And so the earth came into being as we know it now.

As I fly over the ocean, and then the land, I think of how we have trees that are giant, their leaves like fingers trying to reach the sky. And I think of the rain, the tears falling down to touch the earth.

Papa and Rangi will never touch again, and yet, still they try.

As someone from New Zealand and with a Pacific Island heritage, Lisa Reihana’s (Ngā Puhi, Ngāti Hine, Ngāi Tu) Cinemania at Campbelltown Arts Centre has an immediate familiarity. I recognise a few of the actors from the soap opera Shortland Street. I see faces that look like mine. I remember the swishing sound that the Piupiu make as they move, and the soft thud of poi as they hit bare arms. [1] 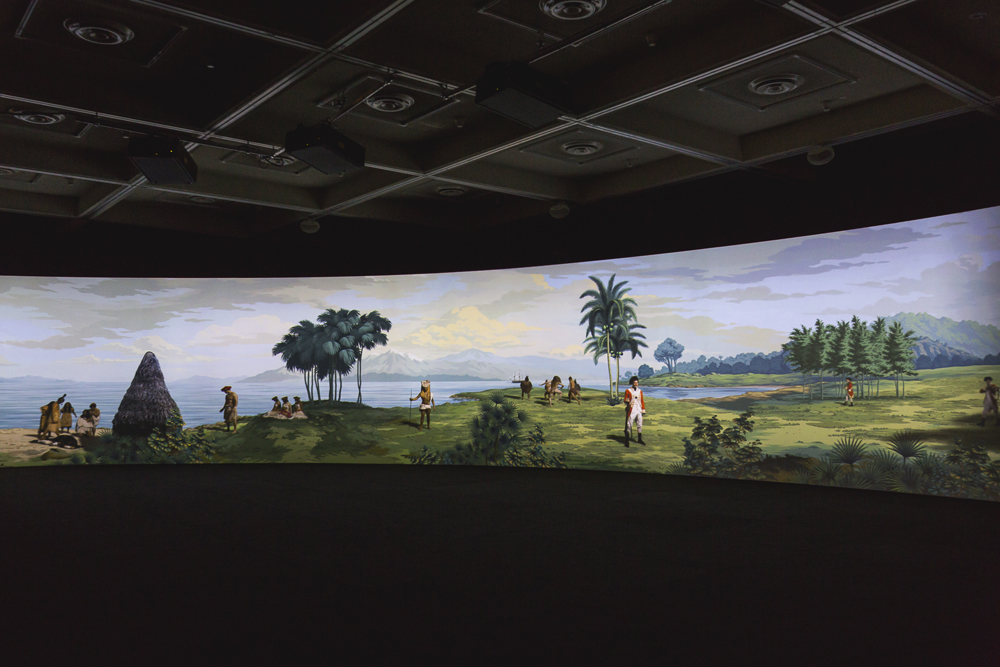 It’s hard not to be drawn immediately towards ‘In Pursuit of Venus [Infected]’ (2015-17), Reihana’s ten year undertaking that reimagines ‘Les Sauvages de la Mer Pacifique’ (1804-05), a French wallpaper designed by Joseph Dufor. Here Reihana has transformed the stories and visuals of the original wallpaper into a large-scale panoramic video, with the picturesque landscape unfolding in a slow pan. Populating the landscape are different groups of characters acting out scenes of cultural performance, but there’s one obvious difference between the groups of people. One is dressed in colonial fashion, wielding guns and bearing white skin. The others are dressed in traditional cultural clothing, taking up space with their beautiful brown skin—and in some cases even wearing the clothing of the colonisers, either to show the influence they’ve had, or in an attempt at mockery.

The work makes you feel completely immersed; people linger as the scenes gently unfold in front of them. Although I’d seen ‘In Pursuit of Venus [Infected]’ in a previous iteration at the Auckland Art Gallery, I was still mesmerised by the new stories and narrative threads that I hadn’t noticed before. In one scene there is a group of colonial men standing around one of their own, watching as he receives a traditional style tatau from Tufuga Ta Tatau. [2] In the background of another, a woman sits on a rock, slowly brushing her hair.

Reihana’s practice has always centered on the stories and histories of Indigenous people, creating a platform for others to reclaim the history that was taken from them. For ‘In Pursuit of Venus [Infected]’, Reihana has employed a wide range of friends, actors, musicians and dancers to represent those from Indigenous Pacific nations (including Micronesia and the Dharawal community in Western Sydney.)  In doing so, Reihana has recognised and used her privilege as an artist to help others speak and share their particular histories, instead of claiming to speak for all. 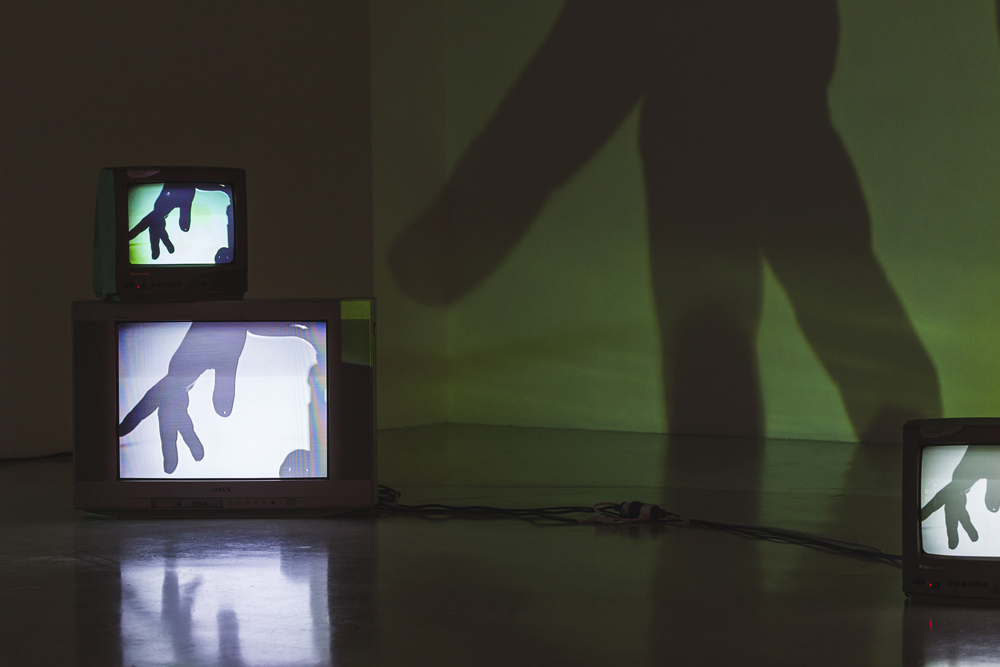 Cinemania as a whole works well as a survey show, contextualising Reihana’s journey of making and storytelling. There are her very early works such as ‘Wog Features’ (1988 – 1990) and my personal highlight, ‘A Māori Dragon Story’ (1995) —a 16mm stop motion animation featuring handmade figurines that tell the Māori legend ‘A Taniwha Tradition’. Her earlier works do not have the stylised slick appeal of ‘In Pursuit’ but this does not make them any less beautiful. The small details—such as the crinkle and movement of the blue and white cellophane to represent water in ‘A Māori Dragon Story’—are exquisite, and her strength in storytelling and its development over time is clear.

I saw Cinemania only a few weeks before February 6th, New Zealand’s national holiday—Waitangi Day—a day to remember the signing of the Treaty between the Crown and the local iwi. The Treaty, a Colonial document, was created and introduced by the Crown to the Māori in 1840, who were unused to such legal proclamations. Many of the details were lost in translation, ultimately resulting in sovereignty being ceded to the British. Given that the signing of the Treaty represents an unwilling transfer of ownership to the colonial power, the celebration of Waitangi Day has become increasingly fraught with tension between government and Māori.

What struck me most about Cinemania is that the artist behind it is a Māori woman, who in creating this body of work has taken some of this power back—she has reclaimed ownership of a history that has been so often described and whitewashed by the colonial power.

At times I get irritated at how slowly everything moves in the art world, that we—people of colour—are still trying to have our voices validated.

But then I visit Cinemania and feel proud.

[1] Skirt-like garment made of flax strands that hang from a belt, when the wearer moves, the strands sway to and fro; in the Māori language, poi can mean the physical objects used by the dancers, the choreography itself, or the accompanying music.
[2] Tattoo in Samoan; traditional Samoan tattoo master.