I’m not a bad employee. But since my day job is in an office full of straight cis-men, I inevitably spend more time than I should covertly texting the only gay male in the department. Fortunately we have more in common than just a shared distrust of the heteropatriarchy, so we also text outside of work hours. But since shared frustrations bind budding friendships much more quickly than mutual interests, we usually circle back to talking about the office. While I’m strategically lingering in an alleyway a few blocks from Firstdraft (waiting to be acceptably late for an opening) I reply to an unrelated text from my co-worker with: [het-cis-guy in our department] gives me a real lesbian vibe.

I tell myself I’m joking, in anticipation of the hahaha that bounces back almost immediately. It’s only after repeating my assertion three more times, to more laughter, that I realise I’m not joking. But what does it mean to say something like this sincerely? And why do I feel uneasy about the comedic misinterpretation that I subconsciously predicted?

The quiet defiance in my gut, which acts as a form of resistance to my friend’s passing laughter, is just another fleeting feeling to be unpacked in my infinite attempt to understand myself (in a world where subjectivity is never not relational).

Sarah Poulgrain’s ‘Conversation in Two Parts’ (2018) is a three-channel video installation that ‘approaches re-enactment as a tool for emotional processing.’ Two screens are positioned upstage alongside one another. These are then connected to the back feature wall with long, synthetic umbilical cords. A third screen is also mounted to this wall, which has been painted to look like a dodgy in-progress set piece—a replication of the wall in Poulgrain’s studio where she stages these re-enactments. The whole show trades in the theatres of the personal: email exchanges are intercut with clay bust renderings of Poulgrain’s family, recreated and reanimated under her direction.

These family members act out a chorus of unintelligible syllables and facial gestures which, after being subjected to Poulgrain’s artistic script of glitching and repetitive grammar, become alienated from their initial function as modes of expression. And staying with the work for a while, I wonder if I’m being asked not to consider re-enactment as a method for moving through emotions, but rather to consider the specificity and absurdity of the many different inter and intrapersonal ‘tools’ we use to mediate our emotions. 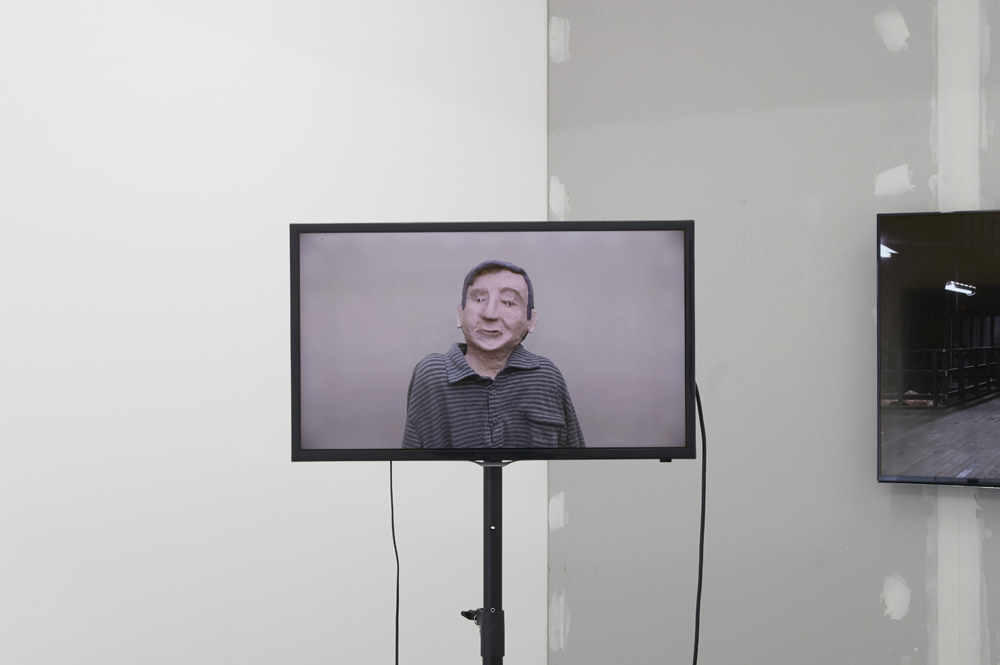 I now ‘realise’ that when I say: [het-cis-guy in our department] gives me a real lesbian vibe, my mind is using its (fairly bankrupt) vocabulary of gender identity and desire to communicate a personal reality that language tries to make impossible. There’s a loosely coherent aesthetic and affect of butchness that—in my mind—enables a word like this to exist as a term that can be used not only as a label for a particular, gendered sexual orientation, but also as a descriptor of a particular aesthetic and demeanour.

The cis-guy in question has what I subjectively associate the word with: masculinity with a gentle authority, a benevolent sense of cool power, a roundness around the edges, and the ability to intimidate and calm me simultaneously. I don’t encounter him merely as the definition that I have of a cis-man. There’s an extra vibe. And I say it’s a lesbian vibe because language often short-circuits. And there’s not many other ways to articulate that a het-cis-man can perform the markers of a transgressive masculinity—-one that I associate with queerness—or that someone who’s attracted to butch lesbians can then perceive such a performance erotically.

It’s when inappropriately using the term lesbian, and then hearing the resulting laughter, that the vocabularies of gender and desire are revealed to be a house of cards. And by unpacking my emotional response to my co-worker’s laughter, using the modes of analysis I’ve internalised from an undergraduate degree in critical theory, and a childhood spent with a psychotherapist mother who loved with a hermeneutics of suspicion, I can reframe—or as Poulgrain might say, gain more agency over or empower—the part of my subjectivity called my ‘sexuality’. (Sexuality being a social organisation of desire that tries to make sense of that which defies coherence.) 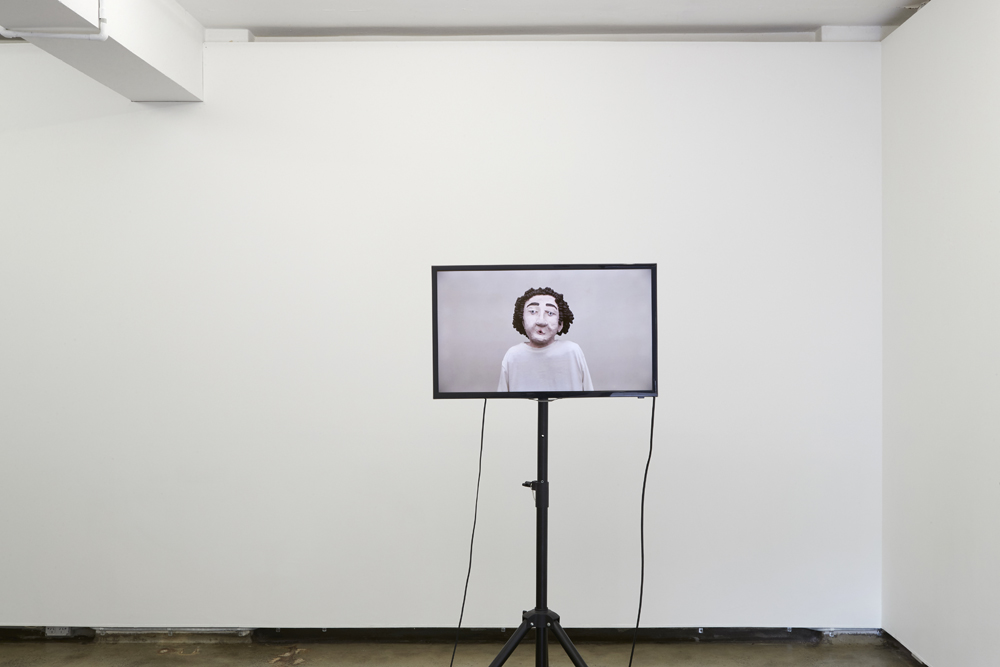 Regardless of its problems, I gravitate towards language. And maybe that’s why the most provocative part of Poulgrain’s work is, for me, her artist statement. The way she writes about her work is loaded with bureaucratic, pseudoscientific, corporate, academic jargon—there are ‘methods for self-empowerment’ and ‘internal and external authoritative voices in the process of subjectification.’ It’s hard not to interpret her tone as a critique of the ways in which interpersonal phenomena like ‘emotional intelligence’ and ‘co-dependence’ are discussed and constructed. I’m not exactly sure what this performative critique might be doing—is Poulgrain using this kind of jargon to professionalise and legitimise the kind of intense emotional labour (‘over-thinking’, working through feelings, ‘debriefing’) that’s often gendered and coded as amateur? Is she hyper-performing this professionalised vocabulary to critique the clumsy overlaying of jargon vocabularies onto DIY-therapy-thinking that should have its own terminology?

But whatever Poulgrain’s intentions, by publicly staging a personal psychodrama in the pseudo-intellectual economy of contemporary art, it’s hard to encounter her work without considering the intellectual and mental vocabularies and labours that provide the (oft-forgotten) infrastructure necessary for processing emotions—-and subsequently, to continue to revise our subjectivities in a social world.