I first saw Ghenoa Gela dancing on a podium at Monsta Gras, an alternative Mardi Gras party. Funky, chunky, spunky, she was a breath of fresh air in a queer scene dominated by white faces despite its best intentions. Wearing fluoro, in blacklight, to the theme of Rainbow Nuclear Family, Gela’s form became completely abstracted. Even then, her skill, range and charm made for a riveting performance. Over the years I saw her more: in a choreographed group performance in the foyer of Carriageworks, in a video collaboration with a white female contemporary dancer, then as a standout in Force Majeure’s Nothing to Lose (2014). Occupying a permanent position in that ensemble, Gela went on to be awarded the Philip Keir Award for Best Choreographer in 2016.

This range of styles is reflected in My Urrwai, her one-woman show for the 2018 Sydney Festival. Throughout the performance, Gela roams from the traditions of her Torres Strait Islander heritage through hip-hop, popping, and conceptual modern dance. A Koedal (Crocodile) and Waumer (Frigate Bird) woman, Gela was born in Rockhampton, and one of her aims is to show us the difference between a Torres Strait Islander born in the Torres Strait and on the mainland.

My Urrwai is one of those rare titles that sums up its intention perfectly: in Kala Lagaw Ya language it translates as my spirit, or style, including the way one moves.

Gela’s gestural vocabulary is matched by a gift for verbal storytelling, whilst Kate Champion’s movement consultancy and Rachel Maza’s direction meld the action and words together beautifully. Early on Gela recounts how her first dance lessons, from Moa, her grandmother’s birthplace, were a daily discipline alongside homework. When she finally gets to visit Moa, aged 21 and equipped with all this ancestral knowledge, she is shattered by her relatives’ rejection of her. Gela breaks into creole and we understand with excruciating clarity exactly what they are saying about her mainlander ignorance. Conversely, explaining how to pronounce her name to an obtuse white teacher makes us squirm—come on, it’s not that hard!

Gela holds the stage (completely bare apart from a small mirror on the back wall) for the entire 65 minutes with hardly a prop, at one point grabbing a shell rattle to demonstrate a TI dance, at another a comb to play around with her huge Afro. Her natural comic flair works to offset the exclusion and prejudice that colours so many of the stories—Gela gets audience members up for some of these, one standing in as her in a shop trying to buy ballet shoes. The fact that most of us, including the participants she chooses, are white, is deftly used to implicate us, without blame or complaint. 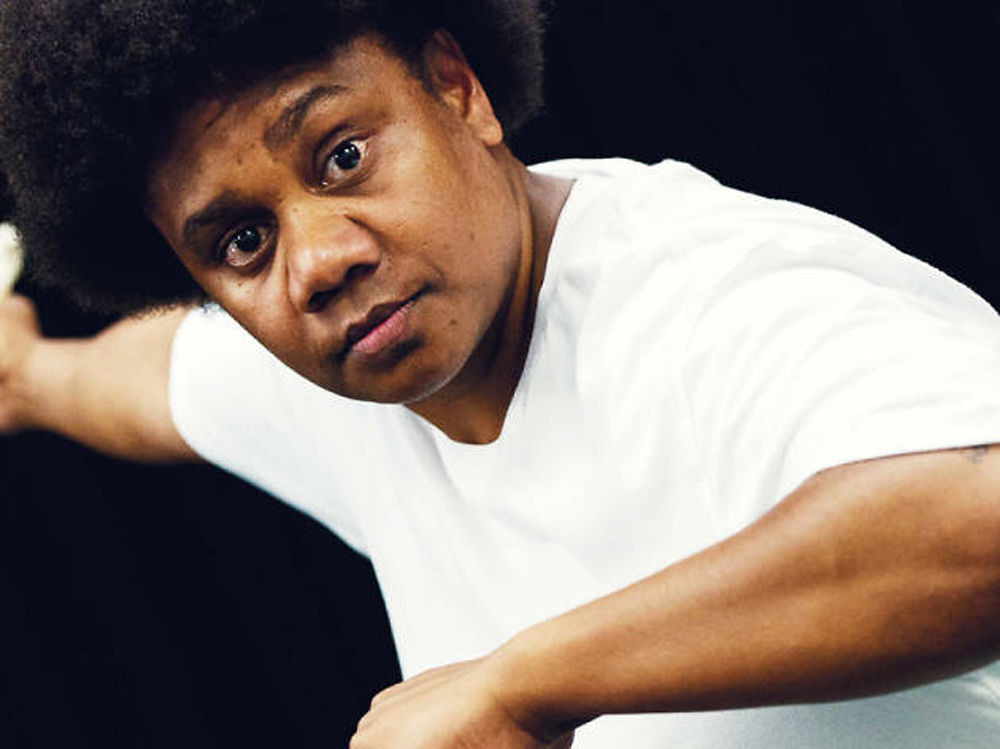 Some of the trickiest terrain is the devout Christianity of Gela’s family, particularly in the way she questions them about the impact of these beliefs on their culture—the dances lost, or censored. The answers are evasive and Gela’s forceful spirit recedes a bit here. I had a sense of hopelessness, or fatalism, still, she sticks by her family, all the way through her burgeoning queer sexuality, and they, it seems, stick by her.

The decision to remain upbeat in the face of so much adversity seems a natural expression of her character. Gela doesn’t tell these stories to construct a hard luck narrative—she delights in all her opportunities and adventures. But her anecdote about ticking all the boxes for a contemporary arts bureaucracy because she’s black, female, Indigenous and queer, points to an ambivalence about her position.

There’s grit in the oyster, as a story right at the end brings us down to earth with a clunk. At Town Hall station, on her phone, Gela is surrounded by four police officers, then moved on for ‘loitering’. I’ve been living back in Redfern for eight years now, and this shit is constant. I’m not shocked by these stories so much as by the shock of people who are: the tremor in the audience at this moment was the perfect example of this, and all the reason Gela needed to shoe-horn it in. It had to have been a recent addition, and afterwards Gela returns to what feels like her original happy ending, but it doesn’t quite fit, as though it’s an obligation.

One of the questions Gela asks in the program notes is ‘How do I put my story in a space that is usually occupied by white theatre?’ Is a predominantly white audience able to cope with this sort of grit unalloyed? Will the bureaucrats support it? Is the onus on a big, black, butch, queer woman to be obedient and nice far greater than in it is on others? For sure. It’s up to the audience and administrative structures as much as the performer to push these boundaries. Gela’s done some heavy lifting here: My Urrwai’s still a pearler. Truly one of the best shows at this year’s Sydney Festival, and deserving of a long tour.