Fleabag opens with the titular character accidentally flashing her bra at a disgraced manager during a job interview for a company plagued by sexual harassment allegations. Staged at the Sydney Festival in 2018, five years after its premiere at the Edinburgh Fringe, the play would feel eerily prescient if the constant spectre of sexual assault was some novel phenomenon. But as it is, Fleabag is not particularly concerned by the bad behaviour of men.

Instead, Fleabag examines the way that women’s lives and self-perceptions are shaped by an omnipresent fog of objectification, and how complicated this can make the sexual experiences of women. Fleabag takes enthusiastic pleasure in her youth and sexuality, espousing how much she loves fucking (always described as ‘fucking’, she reacts with disgust to her ex-boyfriend’s attempt to initiate a gentler kind of intimacy): ‘not the way it feels’, but the drama of being the object of the sexual desire of others. This fun-house mirror of self-perception translates to a profound puzzlement when men don’t treat her primarily as a sexual object. 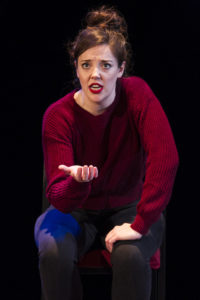 The play launched the career of playwright and actor Phoebe Waller-Bridge, after a BBC scout attended an early Fringe performance and immediately commissioned her to adapt the play for television. In this production Maddie Rice brings a cheerful complexity to the monologue, but the performance lacks Waller-Bridge’s slightly brittle and acerbic energy.

Fleabag chafes against a variety of feminist principles that fail to accommodate or acknowledge her interests, appetites and self-perception. In one scene she scoffs at an article in the newspaper about the political failings of young women, and in another she and her sister raise their hands in a feminist lecture to indicate they would trade five years of their lives for the perfect body. Turning up drunk on her father’s doorstep early one morning after a night of drinking, Fleabag makes a stark admission (‘I have a horrible feeling that I’m a greedy, perverted, selfish, apathetic, cynical, depraved, morally bankrupt woman who can’t even call herself a feminist’), before immediately asking him to confirm her sexual attractiveness (‘would you click on me, if you saw me online?’)

The dilemma that Fleabag faces is not a trivial one: attempting to contextualise her desires in a society hostile to any sexual expression that falls outside the narrow band of acceptability. The play’s strength lies in the way it connects these raw admissions with a genuine ambivalence, allowing its unlikely heroine to stumble around in the proximity of self-awareness without ever finding secure footing. 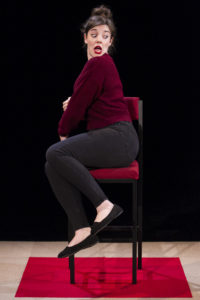 It’s a black comedy that doesn’t always feel like a comedy, with Fleabag rattling of a string of jokes that are never quite given the chance to land: her mother died of breast cancer despite having ‘really great tits’, her best friend accidentally killed herself by stepping into a bike lane to get her boyfriend’s attention, and she describes inflicting various acts of cruelty on guinea pigs with a sense of childish wonder.

Towards the end of the play Fleabag briefly acknowledges a creeping anxiety about what she will do when her body no longer meets her perceived standards of desirability. She does this without quite recognising that the value system on which this status is based also feeds the society that censures her.

As the culture around the gender dynamics of sexual power shifts rapidly, we are not only confronted by a long list of sexual abusers and enablers working in the cultural industries, but also the stark realisation that our understanding of romance and desire, so heavily informed by the products of these industries, has been built on unsteady ground.

And this is another reason why Fleabag feels very relevant right now—it is a frank reckoning with a culture that fails to keep its promises to young women and then is unsettled when they find a way to take pleasure in being objectified. Fleabag might be hypersexual and broken, but the play works to maintain a deep sense of ambiguity about how far this brokenness is self-inflicted, how much it has been caused by a willingness to comply with the social expectations about sexual availability, and whether it should be a problem at all. Fleabag luxuriates in this uncertainty and closes with a fitting rejoinder: ‘fuck you’.