I walk into Gallery Four at Firstdraft behind a guy, following the path he’s carving out through the crowd. Mounted at hip-height on the wall to our right is a small round plaster sculpture. A piece of toilet paper has been wedged into a tiny hole in its centre. The first thing the guy does is pull out the squeezed and crumpled toilet paper—it comes out easily, and when there’s no apparent pay-off, his body momentarily freezes. He hastily presses it back in, making an apologetic gesture to the room at large before melting into the crowd. The awkwardness of the moment seems to fit right into an exhibition dedicated to fleeting encounters between bodies in space.

Yiorgo Yiannopoulos’s How Deep is Your Love is an exhibition about the traces of ephemeral queer sex practices and the clandestine spaces that host them (mainly bathrooms, but also parks, beaches, and rest stops). The exhibition itself is made up of the abstracted parts of these spaces of public sex, or beats, with delicate small sculptural works in white plaster and silicon mounted directly onto the walls alongside three colourful prints. The scratched-out hole at the centre of the toilet-paper-filled plaster work, ‘Pee Shy’ (2018), is referencing the resourceful process of carving out a peephole or glory hole.

The same process is repeated in a series of round plaster casts on the opposite wall titled ‘Panoptic Gays 1-19’ (2018). Here the refined series of visual signals that facilitate a sexual encounter are exploded out: someone is always watching, someone is always wanting. But with their fresh crisp whiteness, these sculptures also speak to the histories of erasure and the sites of resistance that beats and fucking in public more generally are all about. Despite these peep- and glory holes constantly being boarded over, filled in, repaired, or otherwise geared against their users, beats survive, retaining their particular social and cultural use. 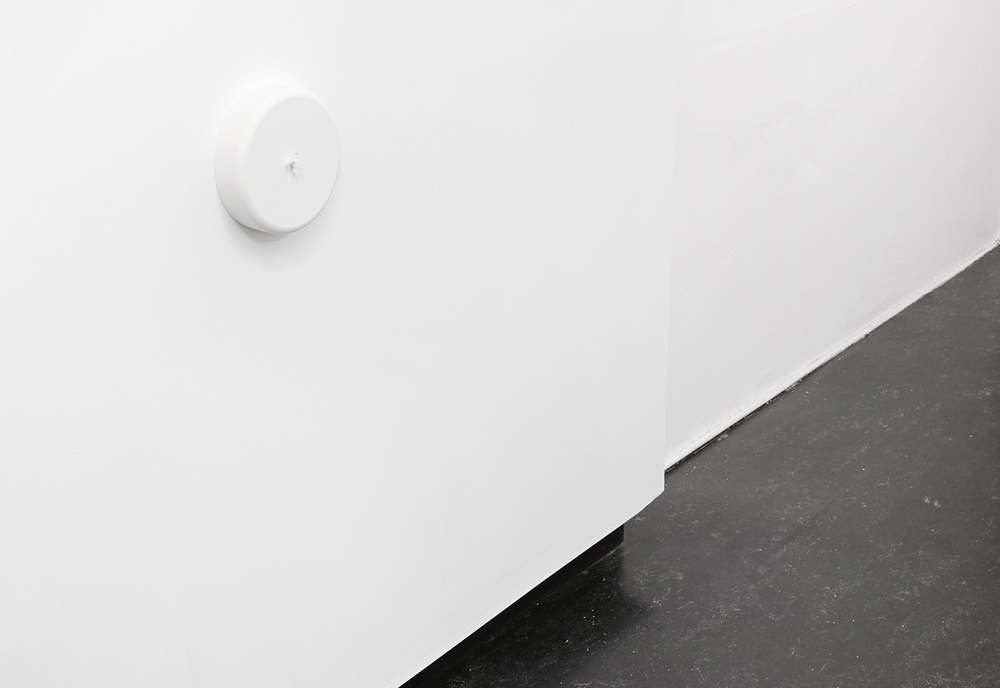 The white sculptural works are in dialogue with the pops of colour on the far wall. ‘Peephole (side a)’ and ‘Peephole (side b)’ (both 2016) are two rectangular blush-coloured pigment prints that bring to mind cubicle walls, stained by oily and sweaty bodies pressing against them. At the centre of both is a small blank space: another peephole that in some other life must have been lying in wait for the roving eye, or maybe something meatier. And the two works are at eye-level so, like good gallery goers, we can remain standing, politely engaged, sipping our wine while we peek.

Yiannopoulos’s work is all about the spaces of sex, but it’s somewhat disconnected from the practice of beat sex itself—we become so far removed from the floor, from the sweat and smell and dirt and grime, from being on our knees. This isn’t a criticism, it’s more of a recognition that the work celebrates beats as sites of queer spatial resistance, but it does so in a way that seeks to translate gay sex practices for an art audience.

In some ways How Deep is Your Love is the cleanest cubicle a beat has ever seen. I had the urge to check the upstairs toilets to see if maybe the exhibition had a performance element but I forgot. The clean, elevated plaster and pigment might be at home in the gallery space, but a functioning beat (during an opening no less) seemed unlikely.

After viewing the exhibition, on my way back to the bus stop I took a seat by the Archibald Fountain in Hyde Park. Being summer it was still light and warm enough for kids to be running around, a bubble blower entertaining them, parents, families, tourists, friends all milling about the water feature. The fountain was suddenly in conversation with the exhibition. Did the families and tourists know that this was a mid-century meeting spot for men seeking each other out for sex in a world where their actions were still criminal? Did they know that in a men’s bathroom not far from here—one among many—people still met for wordless grope sessions? Perhaps some knew it well. Yiannopoulos’ exhibition is about these kind of traces: physical, ephemeral, unknown, nostalgic, personal, and, in the end, still lived.