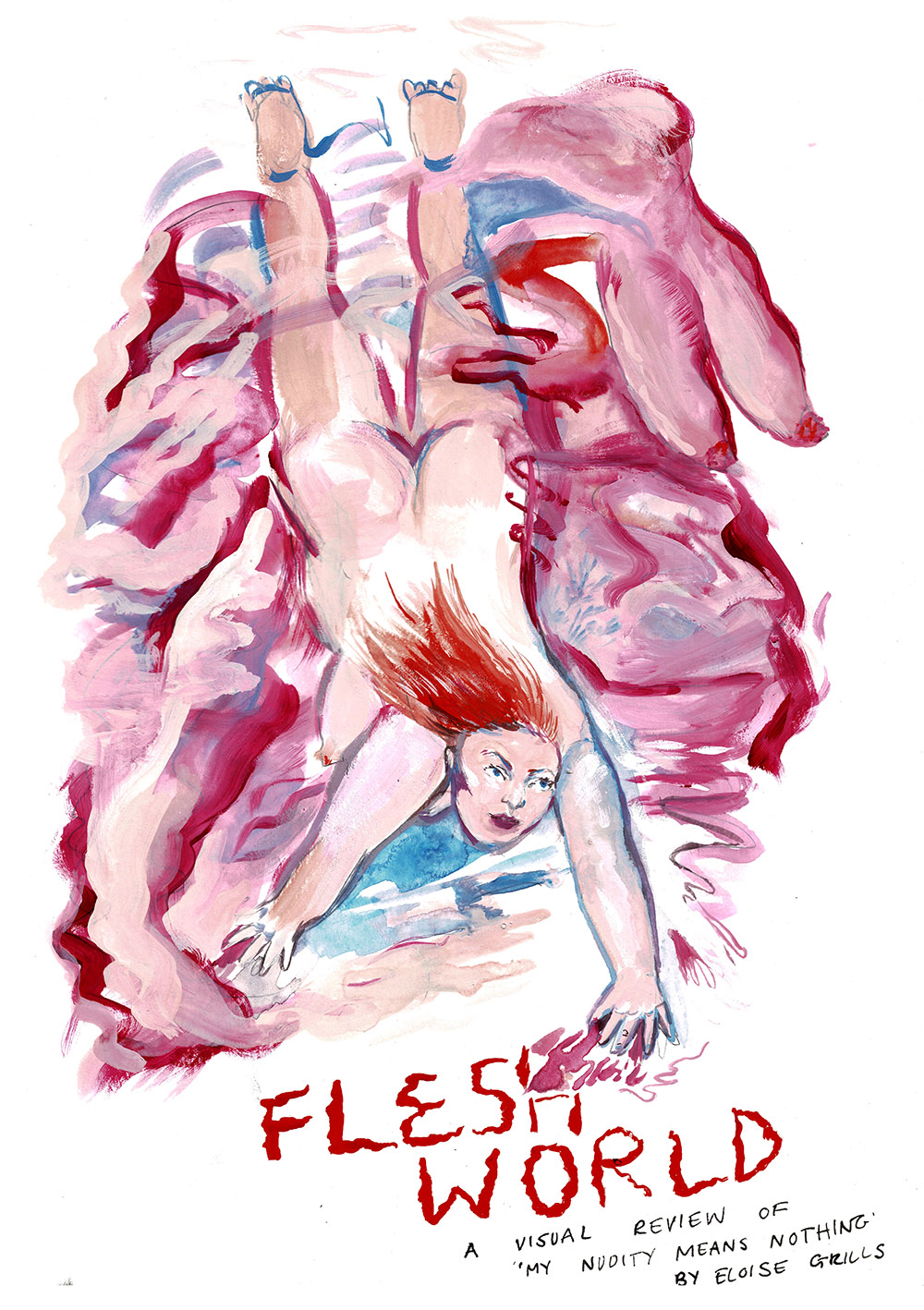 In the pre-Jackie period, when I was on Tinder, my friend and I engaged in a contest to see how many people we could sleep with. 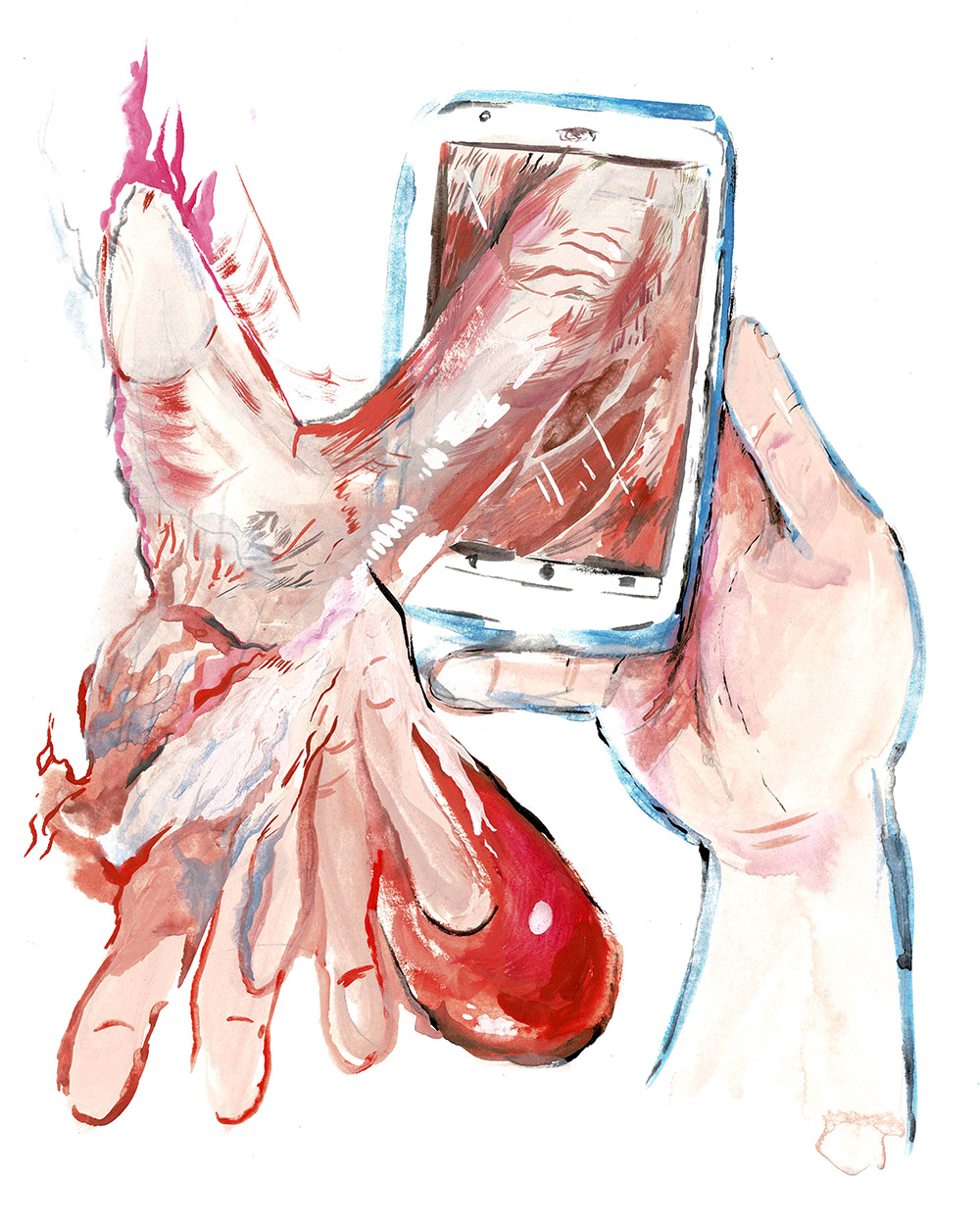 I only amassed four bedpost notches before I quit. I am a bad dater. I hate going out, sleeping in beds that aren’t mine. 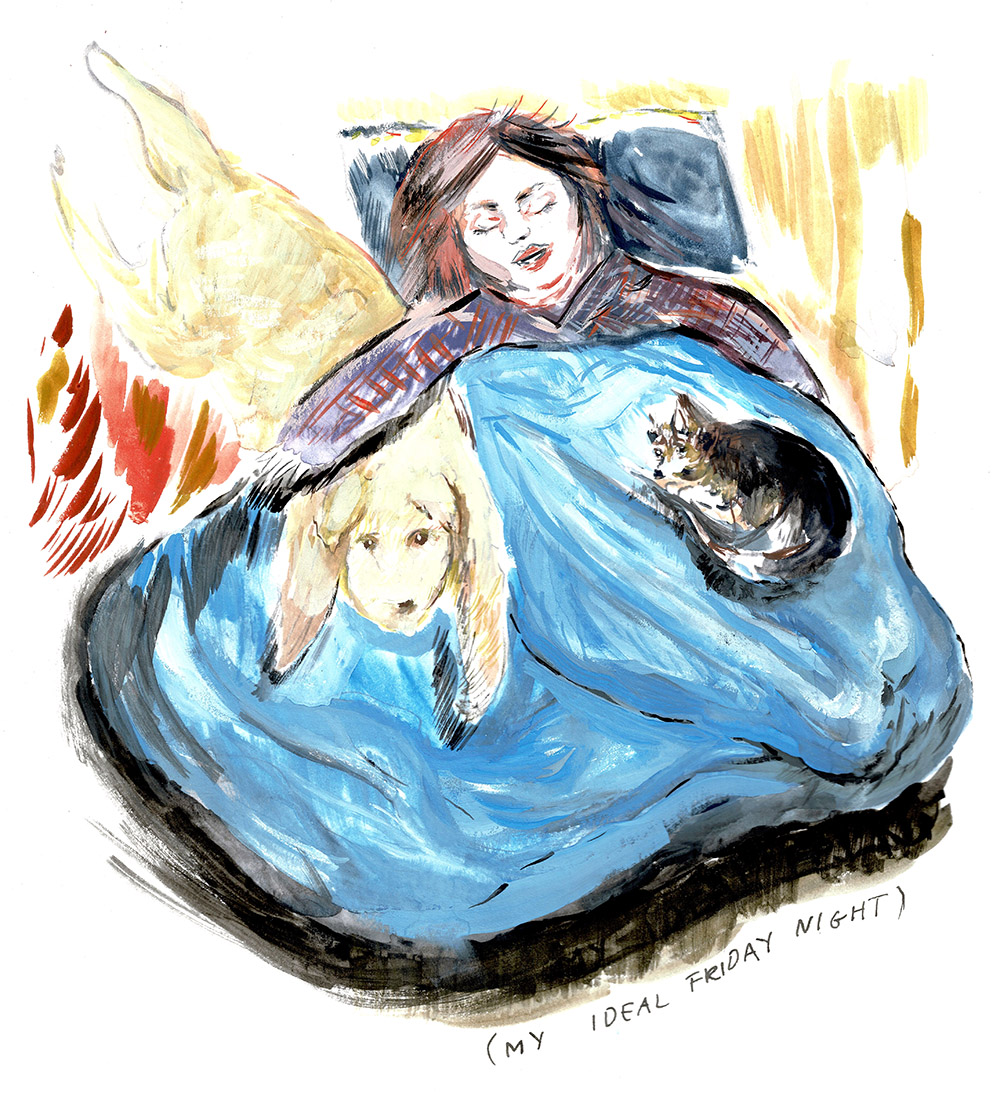 I couldn’t stand the look on people’s faces.

I kept on thinking about the chemical reactions that made people’s eyes go like that. It put me right off.

Once when I was on Tinder someone said I looked like a dropped pie. 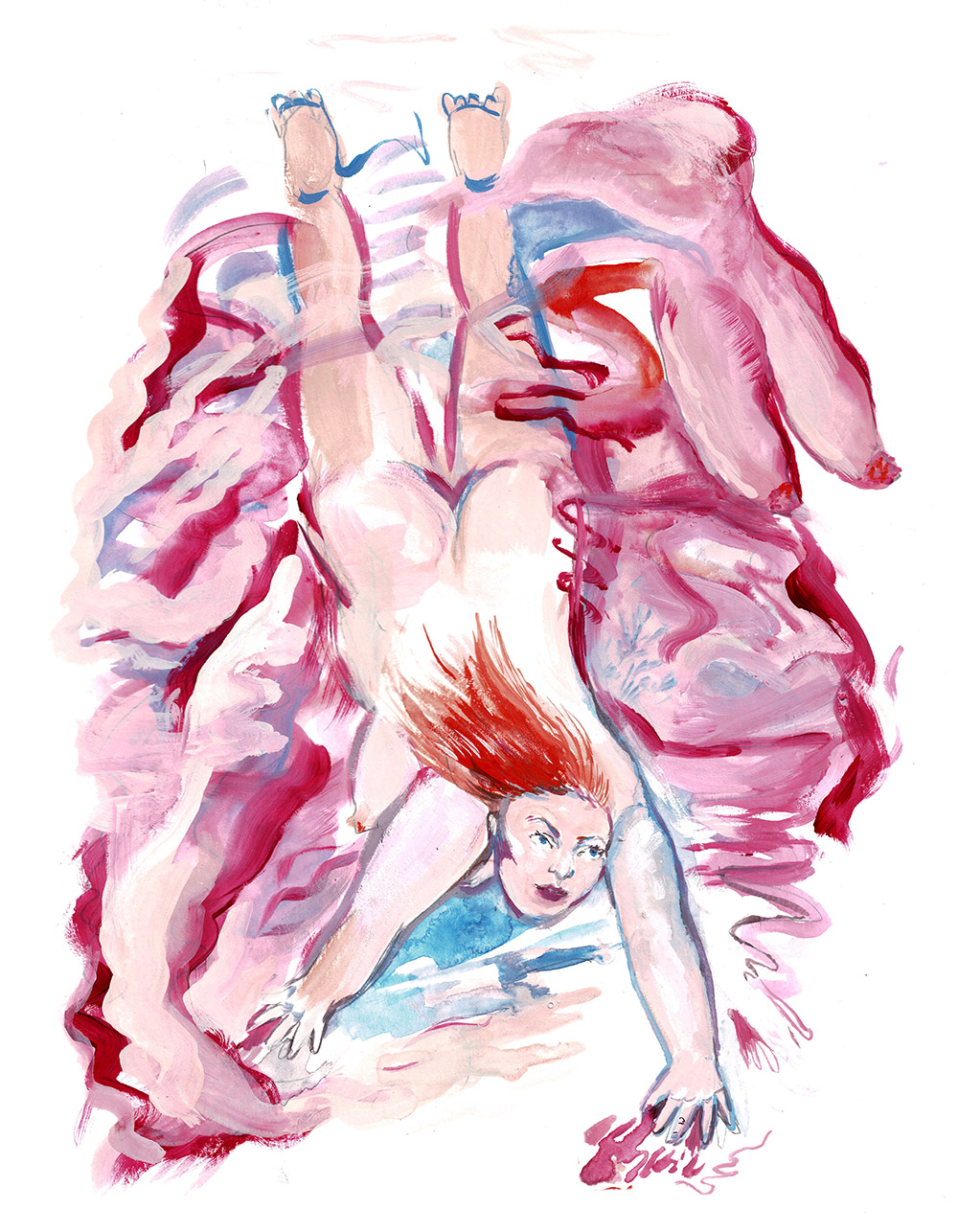 What would it be like to dive into the flesh market again, now that I am a fat person, a mentally ill person (or have finally started acknowledging it), or, in ten years time, when I am officially, viscerally old?

In her quasi-documentary My Nudity Means Nothing, actor/director/writer Marina de Van is detached from her flesh, and from marketing it for sex and relationships. 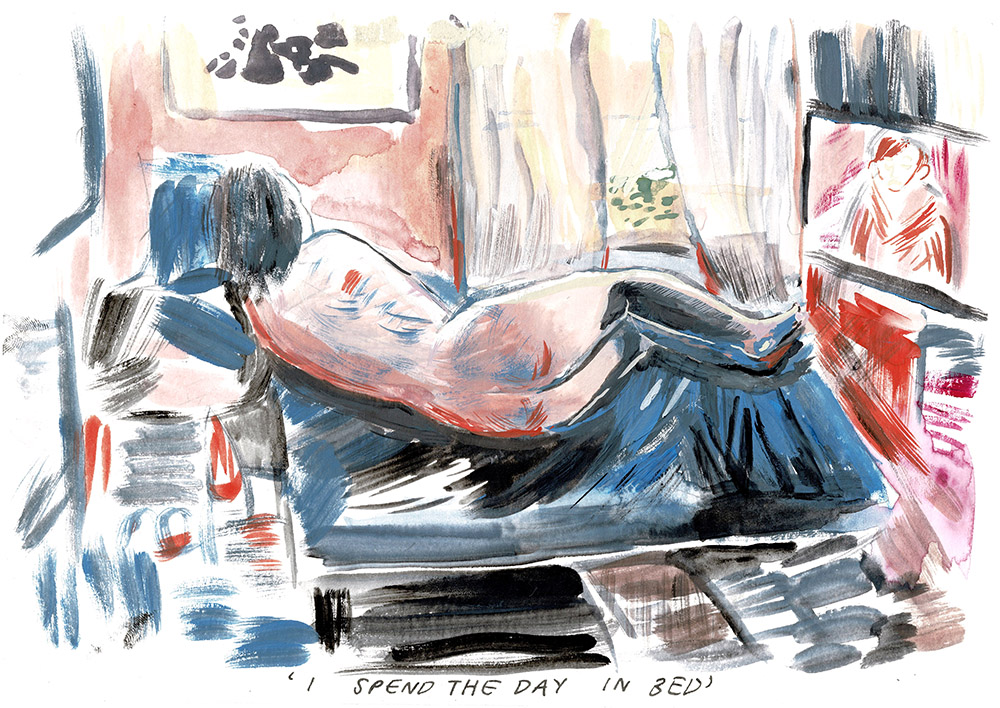 We see her in her apartment performing mundane but surreal acts of bodily upkeep, watching television, vaping, napping: all naked. 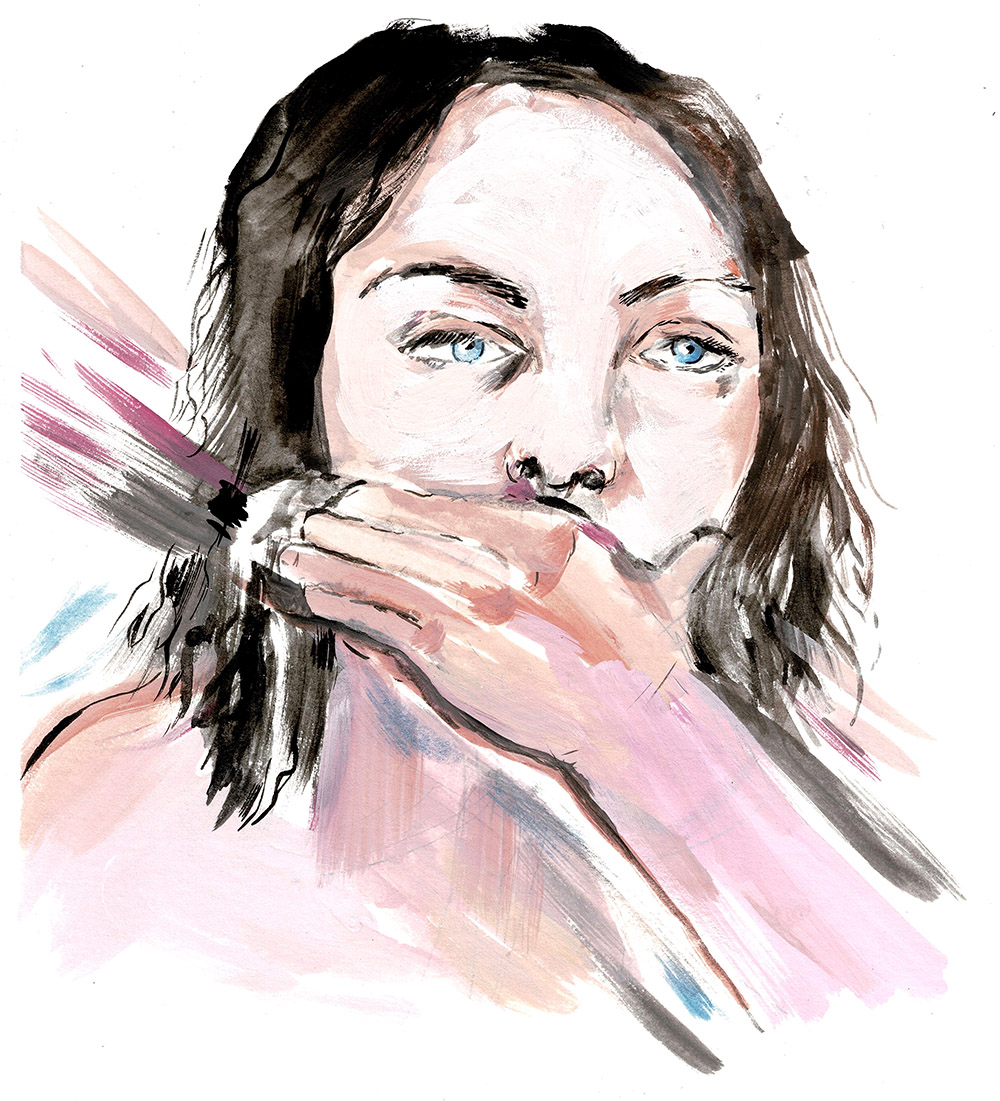 The passage of time is a source of discontent for de Van. 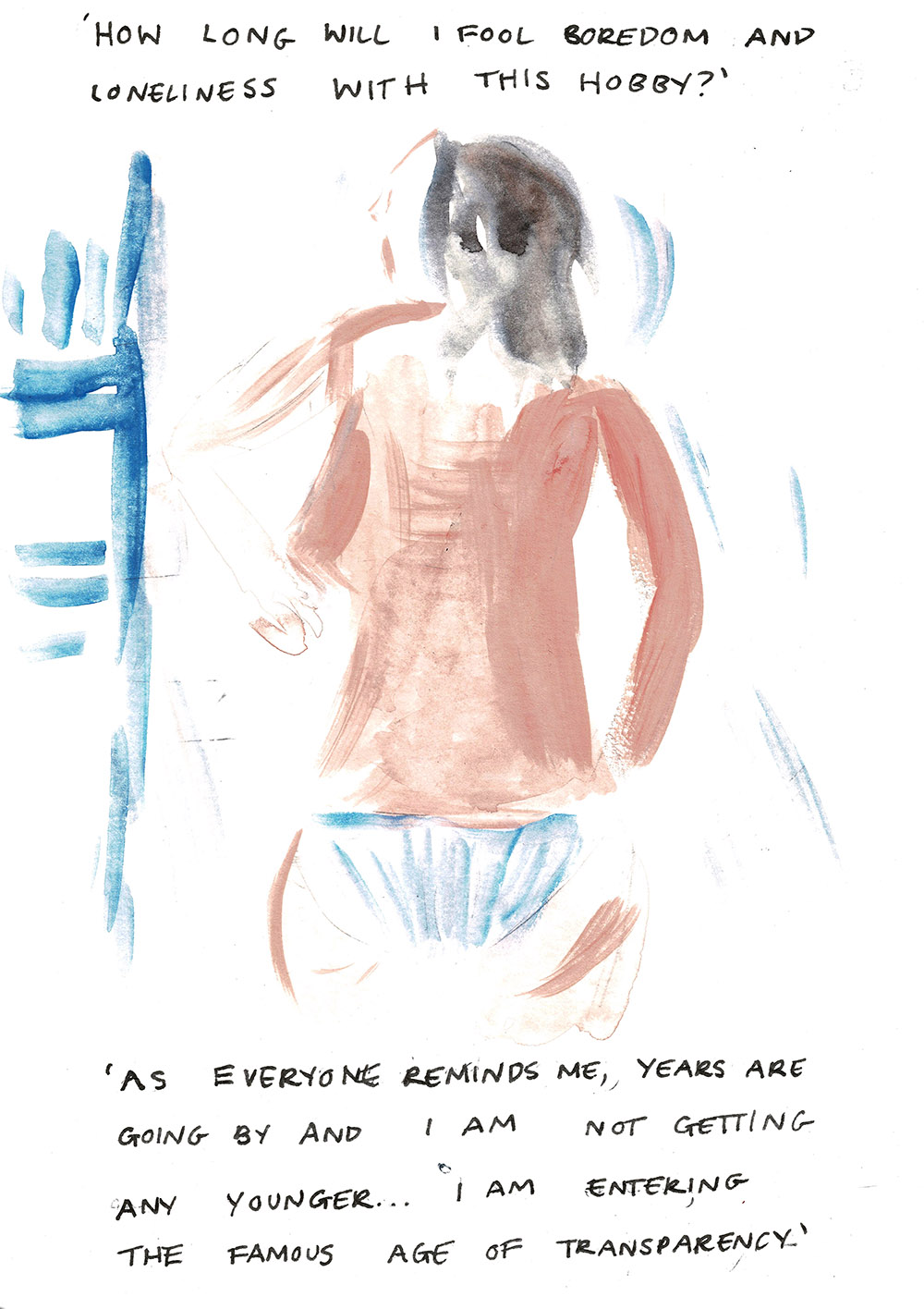 My grandmother has only just found someone after being widowed for twenty or so years. She calls their courtship ‘holding hands.’ 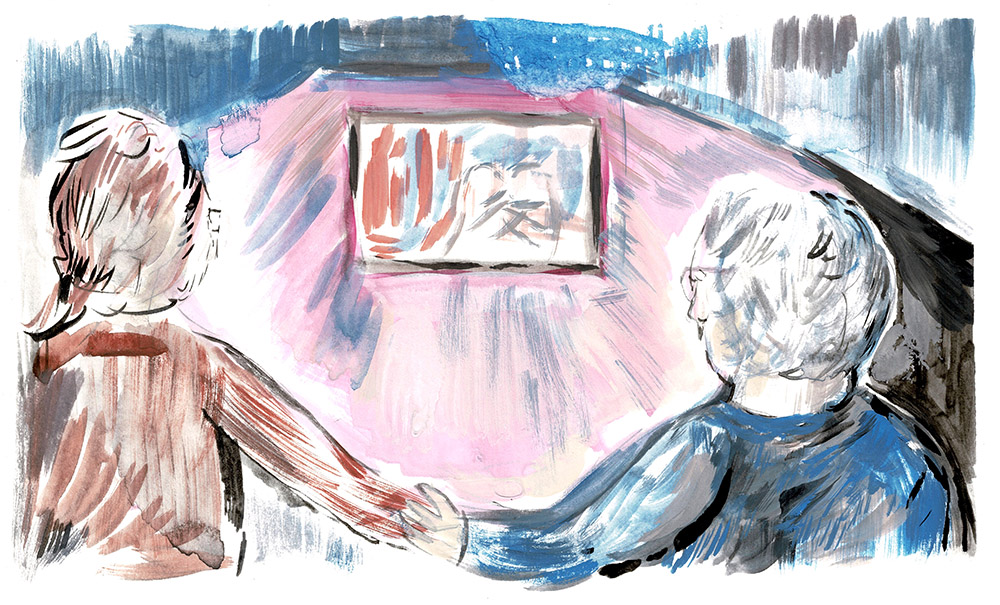 She is eighty, the beau in question is eighty-two. ‘But he’s very old!’ she says, ‘And very lonely!’

In de Van’s film, sex and dating are abject, even violent. She blurs reality and fiction in these sequences, but you can’t help but worry that some similar events have happened behind the scenes.

She ascribes an existential emptiness to her lack of sexuality.

The really transcendent moments of the film occur in the sublime private/public moments de Van shares only with her cat (and with us, the viewers). 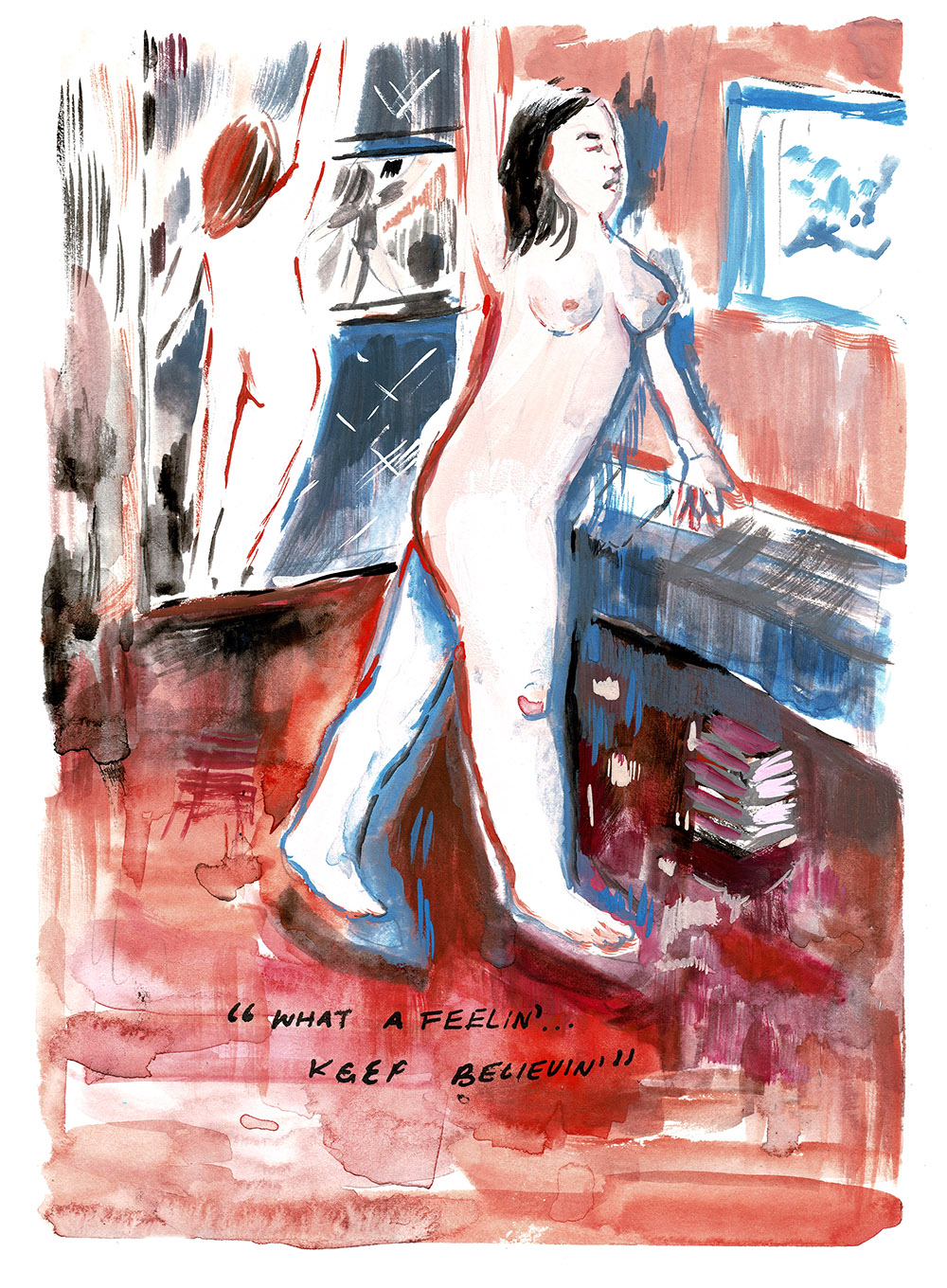 For a film so unfussed by conventional performances of being, the ending feels contrived. She makes eyes with a handsome stranger while on holiday in the vulgar beach sunlight. 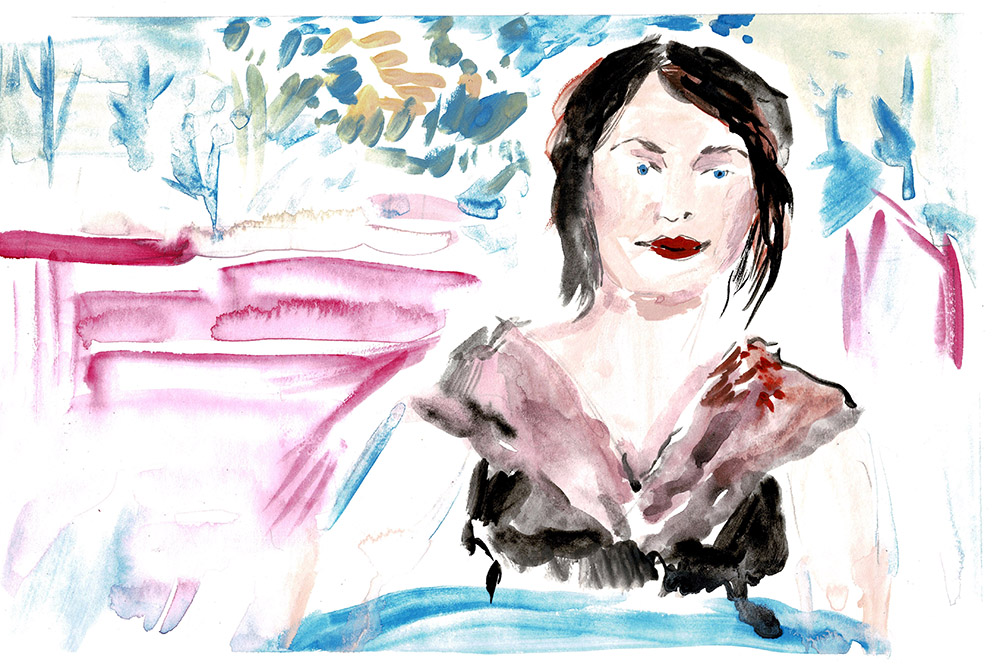 Is this the joke?

Truth is, I am much happier than I have ever been before now I am in a relationship. Jackie has been away for two days and I miss them. I feel it in my bones. 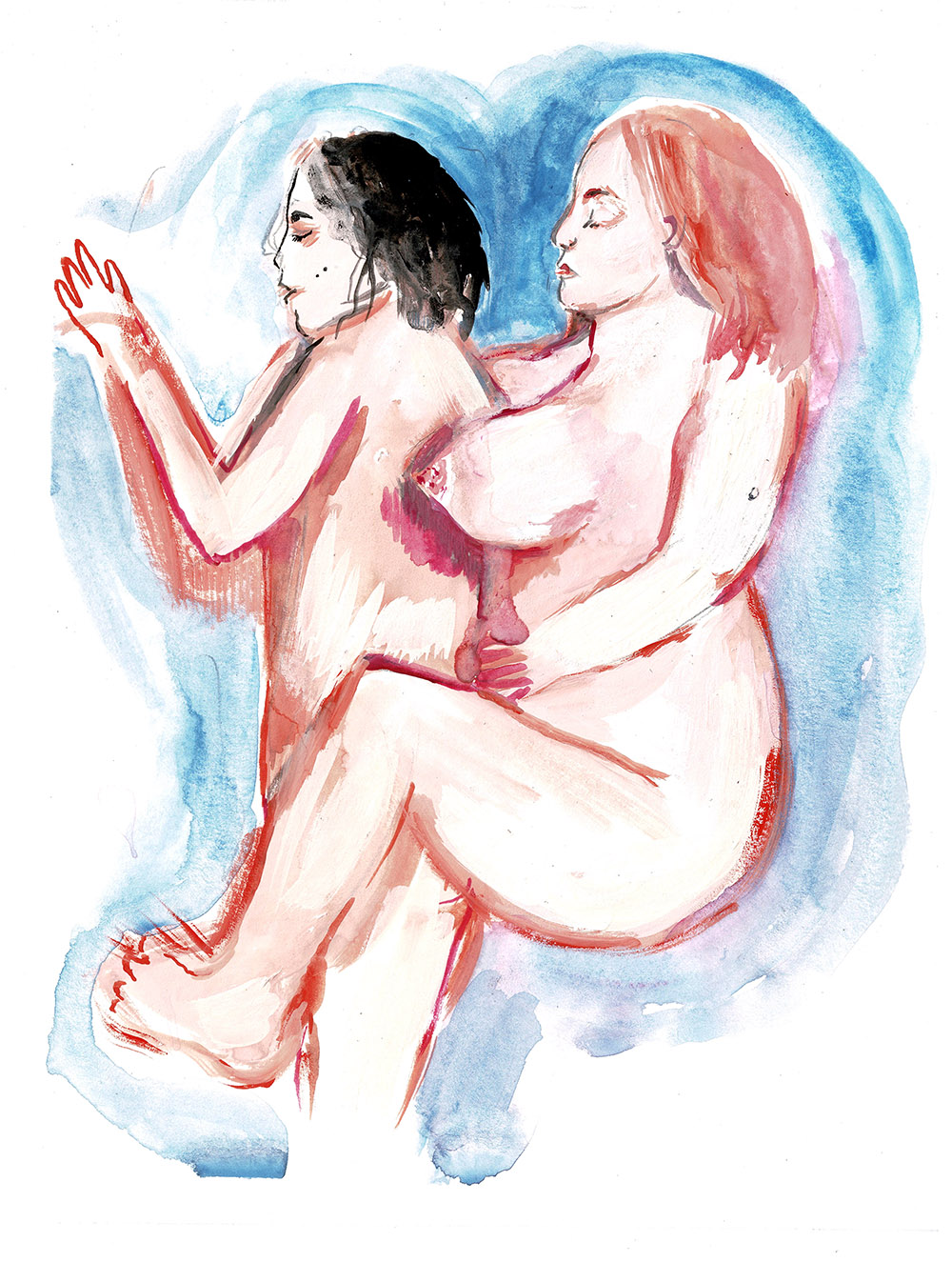 I feel it even more in my boobs.

We live in peaceful symbiosis. We sit in the lounge room watching Masterchef, barely talking. 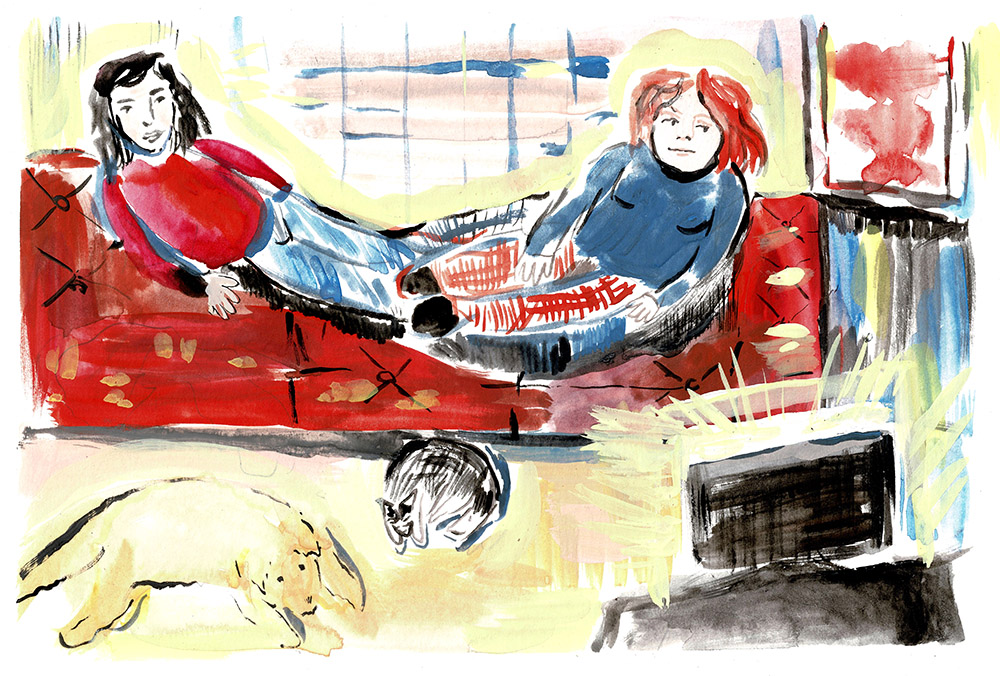 I walk around naked and waggle my tummy, flash my tits. I am in love, I am happy with my body, and it is, I must admit, in part because of this. 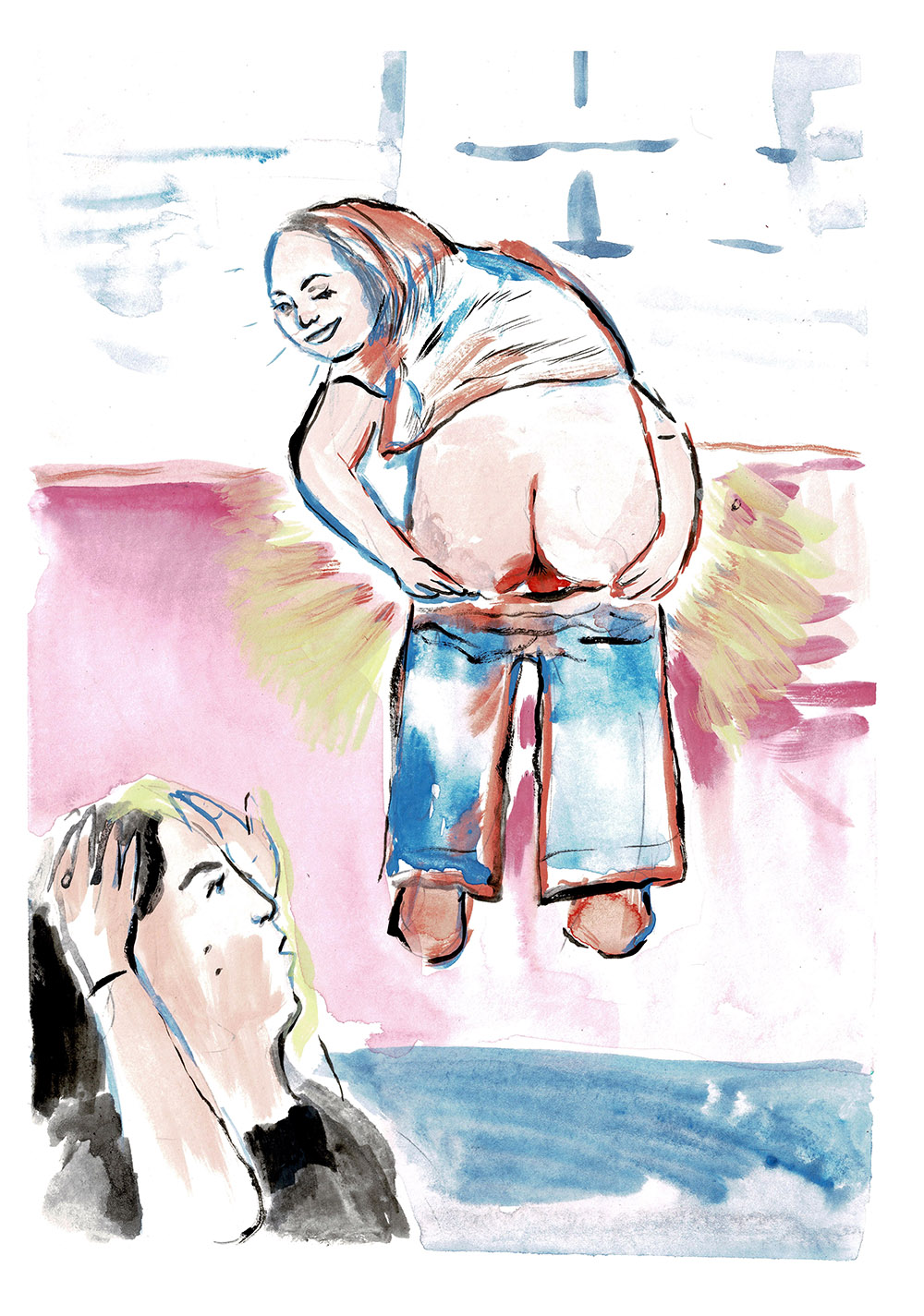