The birth of Communist China heralded an explosion of life. Cocooned in the monumental shadows of the Gate of Heavenly Peace, Mao Zedong publicly avowed that a greater population meant greater power for his fledgling state. Like blood haemorrhaging from a cut, births increased—by the late ‘70s, China had a population of more than 900 million people.

Anxieties festered along with the population boom: doom-saying bestsellers like Paul Ehrlich’s The Population Bomb (1968) and The Ecologist’s A Blueprint for Survival (1972) laid out tangible visions of death, predicting that millions would succumb to starvation in the near future. They were right. The titanic population became ravaged by famine. In poorer regions, sacrifice became a natural condition of survival; it was common for villagers to sell their own children in exchange for food.

So, from 1979 to 2015, the one-child policy was introduced—a radical form of family planning that imposed severe fines on families that birthed more than one child. Newscasters and conservationists, both in China and abroad, deemed it a life raft, making China ‘more powerful, more peaceful, more prosperous.’

One Child Nation (2019) is often disorienting in its pinwheel of subject matters—over an 85-minute run-time, it swirls between intimate portraits and oceanic canvases of grief. Directors Nanfu Wang and Jialing Zhang ground their film in recurring montages of Chinese propaganda. Archival footage flickers in and out, punctuated by the thundering heels of marching Chinese crowds. Lunchboxes, playing cards, and crumbling building facades are painted with two-parent, one-child families, their red cheeks lustrous with health. These are celebratory images insidiously imposed onto the fixtures of everyday life, and varnished with an insincere sheen of perfection. 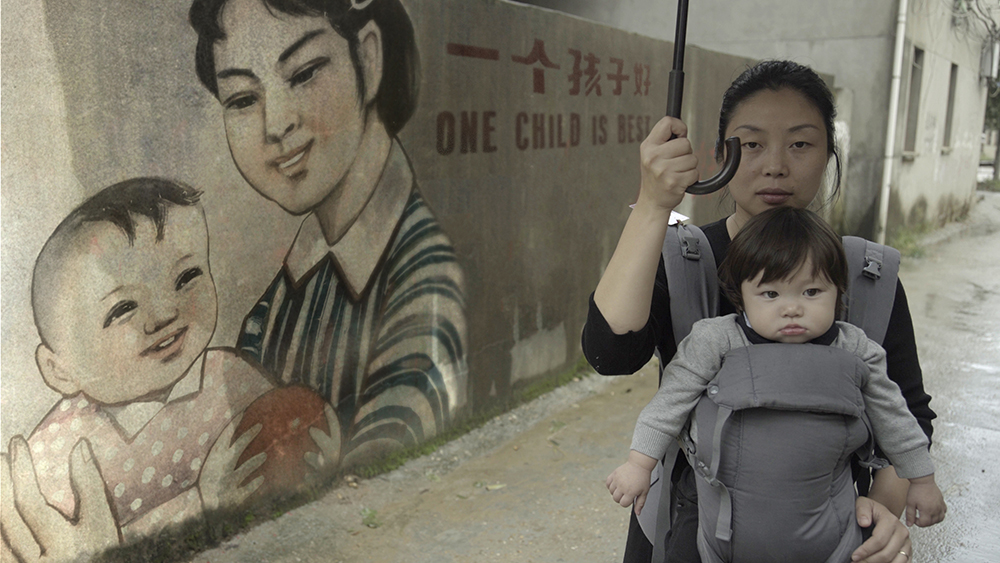 Such scenes are undercut in a sequence where the artist Peng Wang lugs out a glass jar to show the directors. Inside, a diaphanous foetus floats in syrupy amber fluid. Wang displays his photographs next: sprawling tableaus of landfill and plastic waste, where, tucked amongst the dark hills, foetuses slip out of medical waste bags. These images are stark and scientific, aiming to jolt the viewer closer to truth. The directors aren’t so much interested in wringing cheap emotion from the foetuses themselves, as much as memorialising what they represent—the millions of unsafe abortions, new-born abandonments and forced sterilisations inflicted on women.

Growing up a Westerner, I’d only heard about the phenomenon of abandoned baby girls through the hushed whispers of relatives. The decline in China’s female population was known to me through the trials of aunties overseas, who went to great lengths to find their sons wives. Traditions of patriarchal lineage, of requiring a son to carry on the family’s name, affected my life in subtle ways—I remember crouching by my parents’ bedroom door with my sister, listening to my mother’s nightly prayers for a boy.

One Child Nation reveals the full, devastating effects of this misogyny when magnified by policy, filtered through Nanfu Wang’s own story. Wang takes us back to her childhood home, a rural village in the Jiangxi Province. The camera lingers on the hallway and bedroom mirrors, revealing Wang’s face and control over the lens. These moments are a deliberate act—reminding us that the film isn’t helmed by an omniscient, objective party. And, as a woman who once called China home, Wang’s personal stakes in her country’s history are high. Through her anchoring presence and patient interrogations of family members, Wang unpacks how systemic degradation can echo deep into the lives of common people. The camera is unflinching, fixed on Wang’s uncle as he stutters through the memory of leaving his baby daughter at the market with $20, only for her to die of starvation and sun exposure when nobody glanced at her twice. Routinely paralysed by moments of silence, the man recounts the haunting image of his child crawling with maggots, of burying her beneath dirt.

But the sequence that struck me most was the one following a local midwife—the same woman that delivered Wang as a new-born—who confesses to performing between 50,000–60,000 forced sterilisations, dragging women screaming into the clinic. ‘I counted out of guilt,’ she says, adding that she ceased this practice in recent years in favour of becoming a fertility consultant. The stooping midwife shuffles through rooms and rooms of embroidered red flags—tokens of gratitude from patients. Each one bears the photo of a smiling baby that the midwife brought into the world. The overwhelming swarm of red, along with the midwife’s beseeching looks at the audience, reflects a deep desire for atonement. Wang is able to draw out these private feelings through her proximity to the film’s subjects, capturing moments that were sometimes so viscerally intimate I looked away. 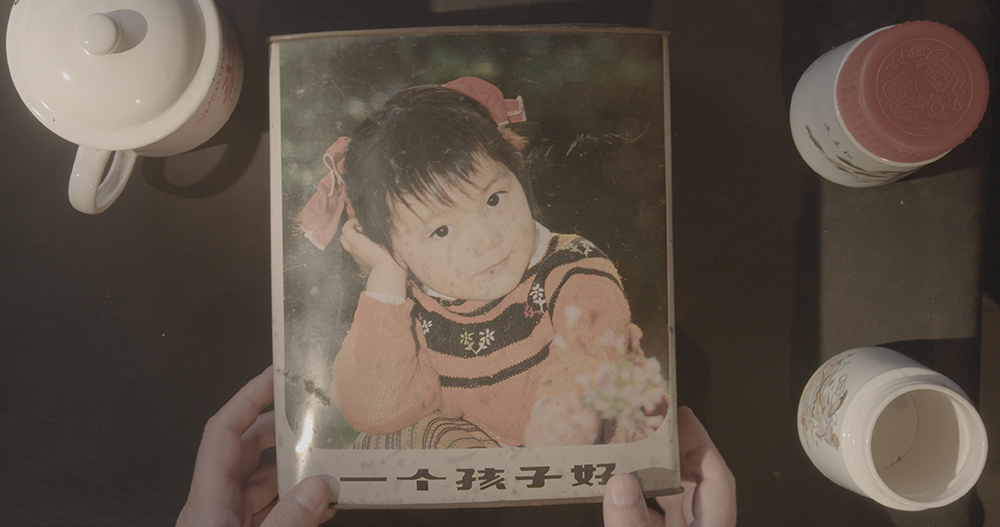 Most of the film’s interview subjects, including those who have been traumatised by the policy, still reason with Wang over its alleged pragmatism. Wang’s mother rebuffs her daughter’s criticisms, recalling the generations of famine that had plagued their family. Shuqin Jiang, a family-planning official, calmly expresses her lack of regret over performing sterilisations, stating: ‘we were fighting a population war.’ In characterising the populace as cowed and gullible, the film, at times, appears to avoid the pathos of these viewpoints. That is, the directors side-step the consequences of overpopulation in favour of showcasing more obvious forms of propaganda, such as public service announcements where a little boy in traditional garb wags his finger at the audience, shrieking: ‘if you try and escape, you’ll end up in jail. Don’t say I didn’t warn you!’ Similarly, we witness a handful of saccharine patriotic songs praising China’s might, which, from my perspective, weren’t so different from the Australian songs romanticising our own colonial state. By refusing to interrogate the more devious forms of propaganda at play, the kind that convinces millions that violations of their bodies are in fact a form of sacrificial collective action, Wang and Zhang often underestimate human complexity.

The film sings when it leans away from Orwellian tropes and into the psychological messiness of its subjects—exploring how people can be both remorseful and proud, hypocritical and principled, deeply selfish and working for the ‘collective good’. Over and over, many of the film’s unrelated interview subjects repeat the same phrase, a chilling chorus skilfully assembled through editing: ‘we had no choice’ / ‘looking back, the policy was absolutely correct.’ The strength of One Child Nation is the directors’ searing rejection of this zero-sum premise.

One of the film’s most nebulous yet fascinating segments features the child trafficking trade, where those ‘from the bottom of the society’ collected unwanted baby girls and sold them to orphanages open for international adoption. Garbage collectors, gas cylinder operators and bus drivers fished children off the streets, motivated both by profit and a desire to save the girls. Thousands of families, including Wang’s aunt, doled out their baby girls to traffickers; a win-win situation where they could continue to try for boys while their girls could live.

‘When every major life decision is made for you, it’s hard to feel responsible for the consequences,’ Wang says wryly, as the camera lingers on faces wracked with pain, on photographs of babies scattered across the world that may have been uprooted from their homes, who will never know their history. Humans may be complex, traumatised, messy. But with so many lives at stake, and for real collective good to flourish, they need to do better. One Child Nation ignites a desire to question the systems that rule our lives, to remember those we’ve lost.