Carnivals are loud, busy, frenetic places where there seems to be too much to do and too much to see. The rowdy sound of games, rides and children yelling; the wafting smell of quick and greasy food; the flash of lights and costumes. It is a sensorium of plenty, and of abandon. Tom Polo’s exhibition I still thought you were looking at Roslyn Oxley9 Gallery is carnival translated into the space of an art gallery.

And so I fell in love with a color1 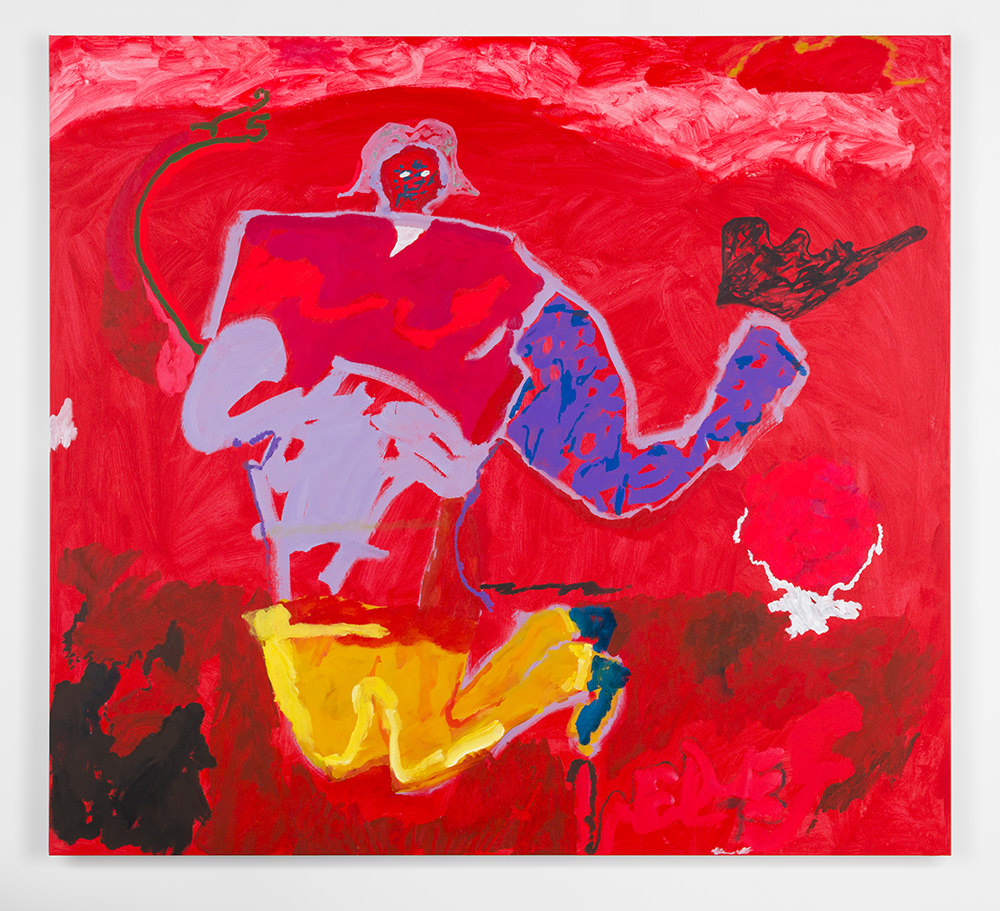 Children whose vision has been damaged have been known to smash their fingers into their eyes to recreate color sensations that have been lost to them. (That’s the spirit!)2

The flipside to the night of magic, fun and dissolving boundaries is the morning after comedown. You’ve had your fun, now go to work. The second room is a standard white-walled gallery hang. These works are smaller. Free of the pulsating red, this room seems quiet and reminds us that this gallery is a commercial one. But the white room also underscores Polo’s wit while also offering up a dose of calm.

Polo’s simultaneous inclusion in The National 2019 showcases his expanding vision for his practice as momentous event. ‘When windows are walls’ (2019) is a series of large-scale paintings-cum-placards with a primarily blue painted backdrop running from the floor to the neck-achingly high ceiling wall.

And so I fell in love with a color—in this case, the color blue3

This work has recently been positively described as refusing ‘to use identity as a prop.’4 The review continues: ‘one can only speculate about what’s going on in the artist’s mind, but it’s probably nothing more than a spontaneous, semi-conscious response to the events of everyday life encoded into a gallery of giant, freakish faces.’

Note that here, as elsewhere, seeing clearly seems to take Werther, and us, no further.5

If expanded exhibitions are a trend in curating, then veiled and not-so-veiled protestations around identity politics are a growing trend in a particular brand of art criticism. Not without occasional merit, this kind of separation nevertheless diminishes Polo’s work. Layers of cultural and aesthetic meaning get lost if the only categories are identity art and good art. 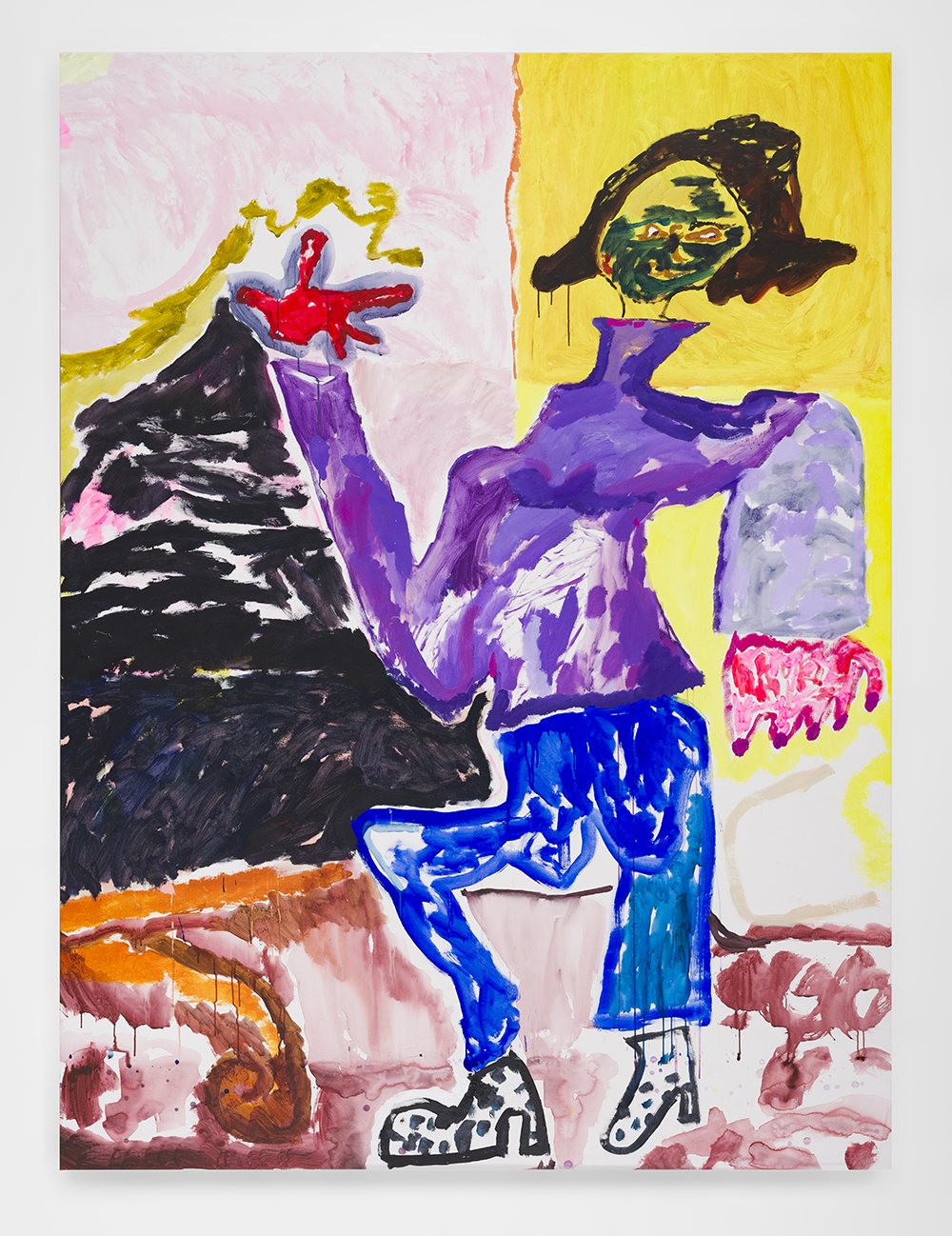 Not only can we dream in color, but more importantly: how could anyone else know if we do or do not?6

Context, content and bodily relations aside, colour itself is complex. In thinking about Polo’s red, my mind went to blue. Maggie Nelson’s Bluets (2009) is poetry meets prose meets meditation on the colour blue—attachment, love, loss and hope. It is colour saturation of a different kind. It is spontaneous, semi-conscious, but also considered, followed and felt. It presents both sides of this equation, and, if we were to read either approach as definitive, then we would lose something substantial.

Nelson muses on colour, obviously, but also fucking and writing. The world she threads together is not one of authoritarian detachment. That would be boring.

Polo’s work is gestural in method and content and cannot exist in a world of cool detachment. Gestures are not unfettered. The difference in ways of looking, ways of moving and ways of making meaning becomes stark in the shift from red room to white. The world Polo has created is expansive, and anything but boring.