On the first day of spring in 1914, a train tore through the Australian countryside en route to Toowoomba from Brisbane. Belching smoke and swallowing shovelful after shovelful of coal, it carried the anthropologist Bronislaw Malinowski, who was touring Australia with the British Association for the Advancement of Science Congress, and his childhood friend—the artist-playwright Witkacy, who was trying to escape the trauma of the recent suicide of his fiancée Jadwiga Janczewska. Meanwhile in Europe, World War I spread like an infection branching out from a wound. Aboard the train, Malinowski and Witkacy, both ethnically Polish but subjects of warring nations (Austria-Hungary and Russia, respectively) had a conversation that would end their friendship. At the end of the train ride, Malinowski would go on to conduct fieldwork in New Guinea, laying the groundwork for modern anthropology; and Witkacy would go on to enlist in the Russian army. Years later, Witkacy would write the catastrophe-fueled metaphysical play The Crazy Locomotive (1923) and speak to Jadwiga through séances.

These elements comprise John Gillies’ 2017 film Witkacy & Malinowski: a cinematic séance in 23 scenes. This ‘experimental docudrama’ is the sort of cinema that nurtures thought and reflection. The film carries us through a space of ever-evolving relationships, in which the boundary between the living and the dead dissolves, and the categories of rationality and mysticism blur and overlap, thereby offering a reprieve from the logic of reality. That we find ourselves in an era of aversion to nuance and idiosyncrasies makes Witkacy & Malinowski all the more compelling. 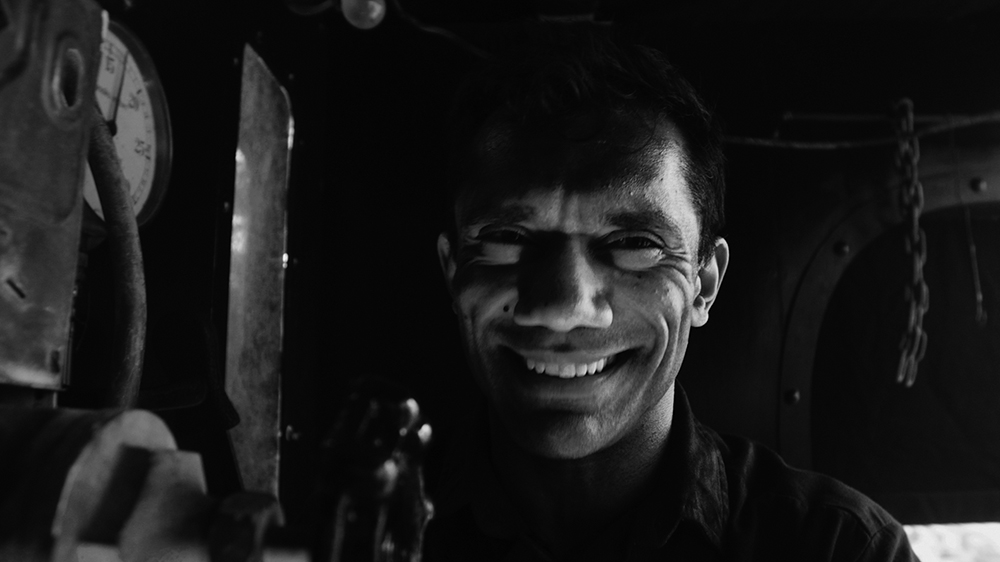 One of the most enthralling aspects of the film is Gillies’ use of black and white and colour. The scenes between Witkacy and Malinowski, which make up the majority of the film, are shot in colour. In the engine room, however, a parallel drama unfolds between the engine driver, Mr. Tengier, and the stoker, Nicolas. Gillies films these scenes in lustrous black and white, imbuing them with an oneiric quality, which is heightened by the cramped feeling of the space. They are not the only scenes in black and white. A mere two minutes into the film, we are hurled from the vibrancy of the Australian countryside into the monochrome aftermath of a train crash. The power of Gillies’ use of montage is that the viewer wonders whether this foreshadows an actual crash or is a visual metaphor for the collapse of Witkacy and Malinowski’s friendship. The polyvalent cut opens up a space for the viewer to interact with the film, projecting themselves into its potential future, while also staying thoroughly grounded in the immediacy and materiality of gnarled metal, shattered glass, limbs reaching out from under the wreckage. Moreover, the use of black and white for the engine room sequences makes it possible to see them as not only spatially cut off from the colour of the train car, but also as projections of Malinowski and Witkacy’s imaginations.

The dialogue in the engine room, a mechanic-turned-metaphysician banter, comes directly from a new translation of Witkacy’s The Crazy Locomotive. Strewn throughout is the belief that disaster, or at least massive ruptures, prefigure the dawn of a new order. As Mr. Tengier, who delights in pushing the train’s engine to its limit, says at one point: ‘We’ve got to if only for a brief moment break through all ordinary day-to-day relationships, and then everything will become clear and explain itself.’

The sentiment behind this statement is eerily consistent with contemporary accelerationist ideologies.

Befitting the metaphysics of chaos and the intensity of the space, the camerawork in these engine room scenes is frenetic and handheld. Gillies pans rapidly between Mr. Tengier and Nicolas. When the lens lands on one of their faces, it is in an almost extreme close-up at an oblique angle, amplifying the claustrophobia of the space. These formal elements, and the way the scenes between Mr. Tengier and Nicolas consist of impressively long shots, honour the theatrical roots of their dialogue.

Witkacy & Malinowski’s engagement with mysticism stems from its invocation of séances. The séance aspect operates on two levels. On one level, as the title suggests, Gillies considers film itself a séance in which the dead communicate to the audience through the medium of cinema. Indeed, through using lookalike actors and constructing their dialogue using their diaries, Gillies brings Witkacy and Malinowski to life, recreating the moment when their sensibilities diverged so extremely—Malinowski’s toward the empirical and rational, and Witkacy’s toward the supernatural and transcendent—that their friendship was torn asunder. In its interest in cinema’s supernatural qualities, the film hearkens back to the early days of the medium when moving pictures struck people as both terrifyingly real and physical, calling to mind the alleged incident when the Lumière Brothers’ film of a train pulling up to the station sent audiences stampeding out of the theatres. 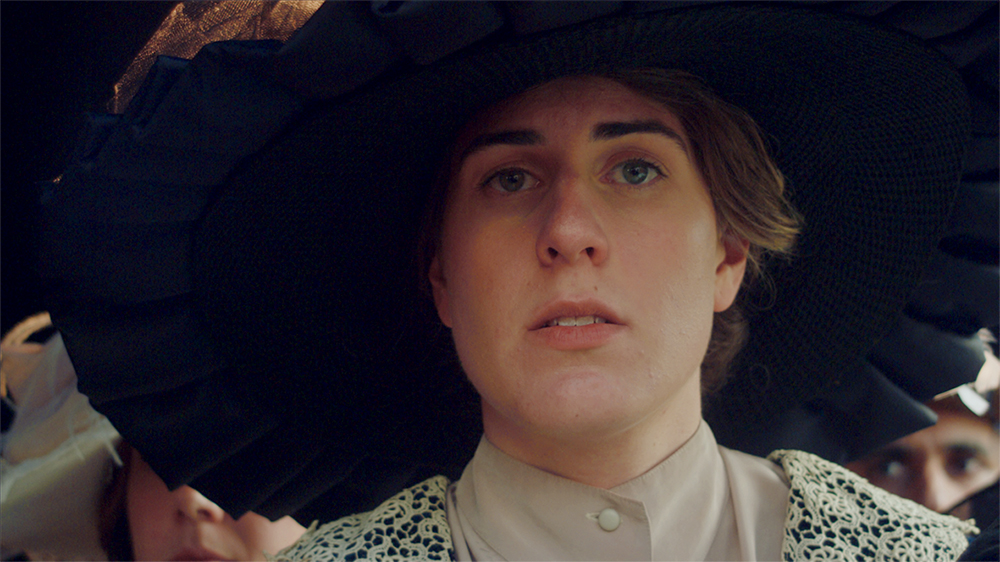 Within the film, however, is the other, more interesting séance: the ghost of Witkacy’s fiancé, Jadwiga. Shot in tight closeup and looking off into the distance, Jadwiga is the first character we see during the opening montage, which unfolds over a pulsating bassline and the clanking of train tracks. The shadows falling across her face and the black background reflect the unknowable, but the natural lighting gives a sculptural quality to her face, intimating that she has emerged from the beyond. For the majority of the film, she sits, usually out of focus, in the seat behind Witkacy’s, bearing witness to his grief and watching as he hurls verbal barbs at Malinowski. Though she is a constant presence throughout the film, Jadwiga does not speak until the final sequence, a coruscating long shot in which, after the passengers disembark, Malinowski and Witkacy wonder whether they have dreamt the whole thing. With the fluidity of the human eye, the camera hovers in the space between Malinowski and Witkacy, both of whose faces are cut out of the frame. Standing between and slightly behind them, Jadwiga approaches the camera. Light pours down from above her; spokes of light diverge from the top of her hat. When she speaks, her monologue consists of scraps of dialogue from the rest of the film. She repeats, in both Polish and English, lines from Witkacy and Malinowski’s argument, from a speech by the British biologist William Bateson, from The Crazy Locomotive via Mr. Tengier and Nicolas, from a nun serving tea aboard the train. It is as though she has been listening all along.

‘Death is a bend in the road, / To die is to slip out of view’ writes the Portuguese poet Fernando Pessoa.1 If that is the case, then Witkacy & Malinowski serves as a reminder that cinema is a medium for the living to round this bend. Nowhere in the film is the potential of cinema better demonstrated than in the film’s ending. In its otherworldly grace and scorching memorability, Jadwiga’s closing monologue (and Gillies’ film as a whole) serves as a resurrection of the supernatural and a celebration of the corresponding powers of cinema.