Peter Maloney is having a moment. It started with a survey exhibition, Missing in Action, at the Drill Hall Gallery in Canberra (curated by Tony Oates and Terence Maloon) in the second quarter of 2018. Showcasing Maloney’s works on paper from the late 80’s and 90’s, the exhibition revealed a startlingly original body of gestural works, most of which had never been seen, alongside a smattering of the personal, the provocative, and lost and found gems. Lost Continent, at Utopia Art Sydney, elegantly highlights these uncovered works, aligning them with companion paintings, graphic pieces, and examples of his later synthetic works.

As in Missing in Action, the value of Lost Continent comes from combining a series of pieces from a range of periods, allowing us to see the shifts and connected themes in Maloney’s development. The earlier works on paper are a revelation: tender and tentative, with the surface gouged out by marks and splotches—gestures that nod to the influences of Tony Tuckson and Cy Twombly, but also remain windows into a private world. They are not touched by the demands or expectations of works searching for an audience, a wall, a place.

There is no concession to projects or planning, to ideas of painting or notions of art; they are at once urgent and slow, doubtful and yet sure, in the constant permutations of technique and material.

A key work in the exhibition is the large red painting ‘Untitled’ (1996)—an abstracted open field with a layered surface. A monoprint of a blow up of one of Maloney’s unconscious ‘séance’ drawings appears as the final surface motif. This lyrical swirl is then repeated but reversed in yellow, appearing alongside the first white emanation. It is a striking picture, at once totally beholden to the idea of the lyrical gesture, even as it utilises a synthetic graphic device for copying and repeating. (The employment of photocopying to enlarge small gestural drawings is a key strategy in Maloney’s later paintings, such as those seen at The National in 2017.) 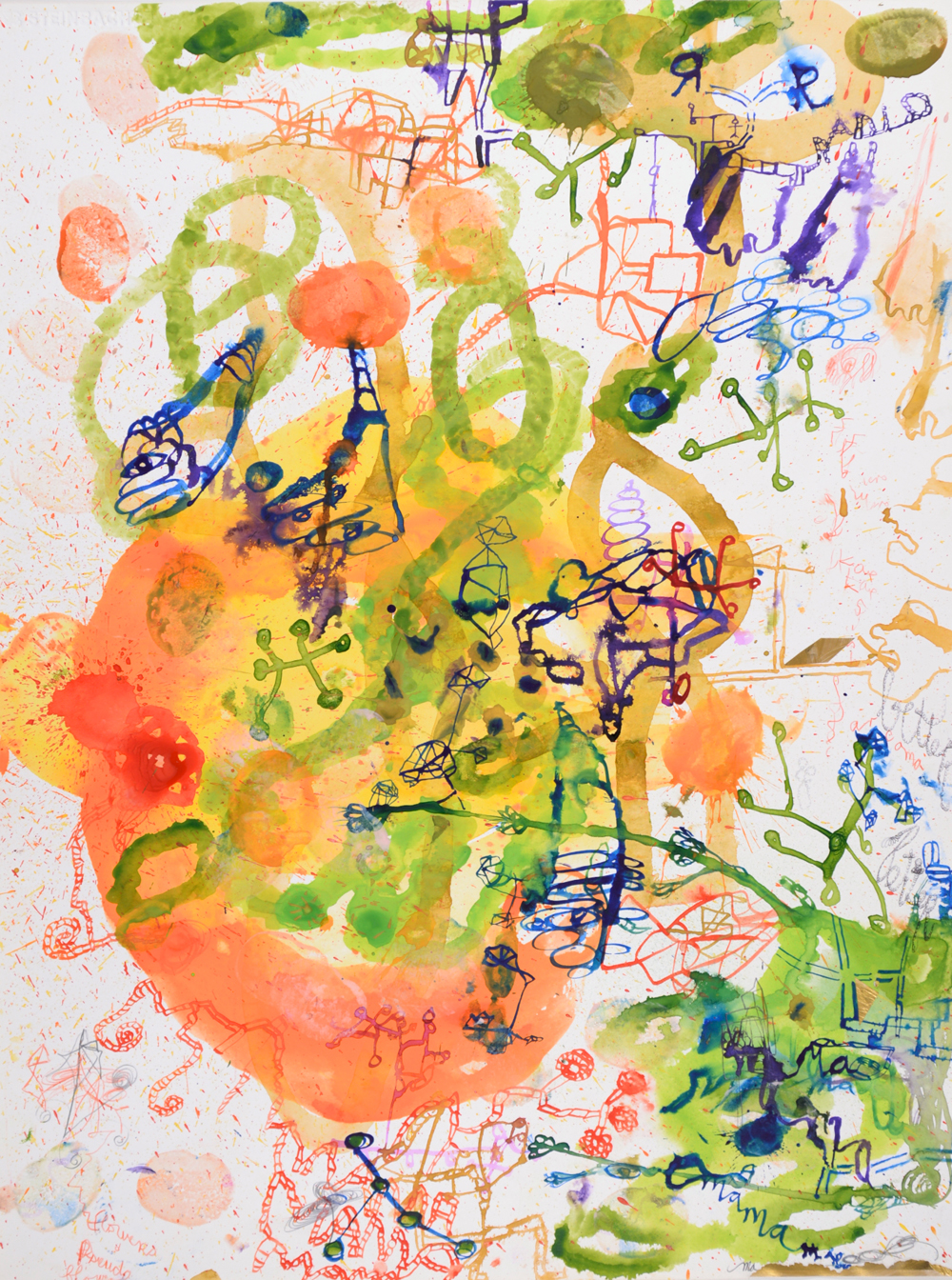 Lost Continent as a whole is complex and multifaceted. The early work reveals the influence of Tuckson and Twombly, as well as Gareth Sansom and Bea Maddock, but, as it develops, there is a transgressive approach to aesthetics, one that refuses to accept easy paths or standard developments. Maloney’s methods include mark making, writing, graphic text-based collage, found and personal photos, exploded small gestural drawings in the form of large paintings, and a superb use of colour—sometimes all in the one picture.

Maloney’s willingness to move away from the successes of the gestural abstract paintings, and to follow intuitive paths that risk dead ends, shows a bravery not often seen in Australian painting. It suggests an artist willing to risk career, prestige, and the spoils of professionalism, to follow his own poetic instincts into new and open zones.  Such an approach can be challenging for both artist and viewer with its subversive nature and cheeky ‘fuck you’ approach, but by dint of Maloney’s care and sensitivity, the work always remains open.