My taxi driver said people aren’t meant to stay awake beyond 18-20 hours. ‘Humans can’t handle it.’ I said I couldn’t remember the last time I stayed awake that long. He started to tell me about the last time for him. It was a plane flight back to India, when his dad was dying. He said he really missed his dad, ‘because when I moved to Australia, I was here about three years and he came to visit me. He saw the place I was living in, with all these guys, and he didn’t like it. He bought me a house for about $200,000. That’s just the kind of man he was, and I really miss him.’

He got me thinking about my own dad, also dead. I didn’t really want to share my story; I was tired (of men) anyway from watching eight hours of The Second Woman.

In Nat Randall’s performance, ‘generic qualities of masculinity are revealed over time’ as 100 men act opposite her in a repeated short scene from John Cassavetes Opening Night (1977). Each is given the option to take $50 for their time in the final moments of their scene together. In its third iteration, this 24 hour meditation on power dynamics had me up til dawn. 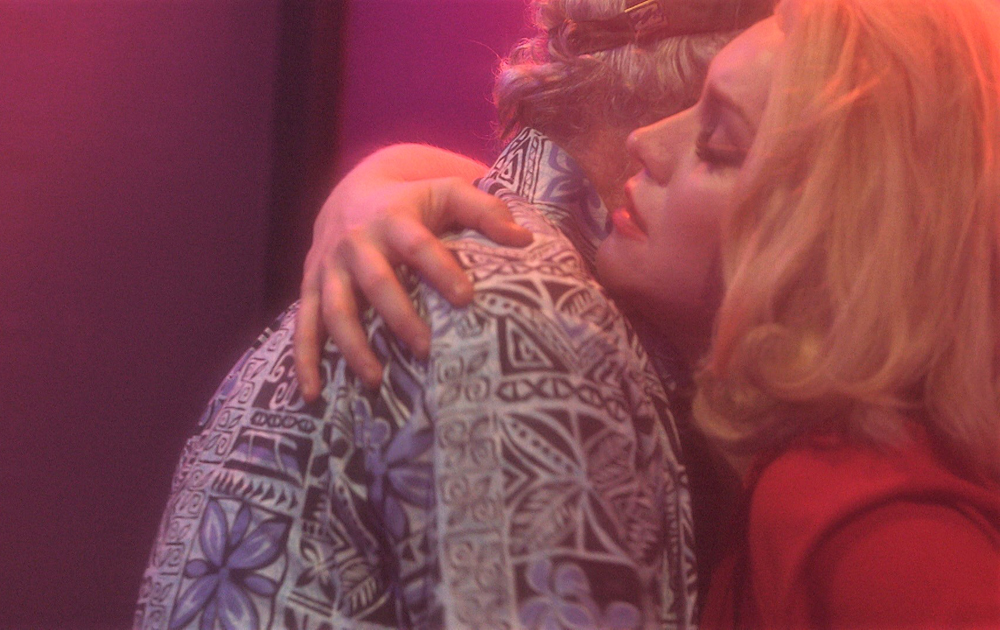 As the cab pulled up at my house, it struck me that people are always showing you who they are. Just give them a couple of lines to go on. I made a flippant comment to lift the mood, thanked my driver and said goodnight. And yeah, he took the money.

I collapsed into my bed with my head full of The Second Woman music, having dreams where I tried to get back to see more. I woke with a feeling of unease, attempting house chores but knowing where I needed to be.

Maybe it would somehow help Nat if we were there, as comrades in arms against the daily onslaught of patriarchy. It felt like we were taking action, undoing the infrastructure that holds the world together.

So we went back around 2.30pm on Saturday to see another 13 guys go inside what Nat described as a ‘beautiful pink trap’. Nat was exhausted but still brilliantly in control of everything. She still did the wobble on her heel after refilling her drink. She still got the crowd laughing throwing the noodles.

It was a big crowd that afternoon. Some people I’d seen the night before, some people I branded newcomers. They couldn’t possibly understand the work on the same level as me, with scrawled descriptions of all the men I’d seen in my notebook:

#17 Man bun does really good apology. If Marty was Heath Ledger. He cleaned, she danced. #24 Lanky, skinny, hoodie guy with a scarf (why both?). Noodle crotch. #27 Normie white bro dressed by General Pants probably. Or Assembly. He’d be a real solid boyf to sway with in real life. #29 Daniel Radcliffe aka pretty pleased with himself and is now attractive ish after ugly duckling phase. #33 Older gent with loud shirt & glasses, a good manspread, He could be your family GP. #37 Sweaty, wild, scientist from a band. She stabbed the box out of his hand.

My friends and I sat together at the front right where the set met the screen. Sometimes the camera settled in close on the fifty-dollar note with David Unaipon’s face wavering in and out of focus. He was the only black man I saw in there across 10 hours, which felt weird given where we were. Is it that white guys feel more confident putting themselves in situations like that? Or was it just the mailing lists. Either way I liked the quiet presence of Unaipon’s face there, watching Marty decide how to exit.

Entering the final hour, I wanted one more toxic display of defiance – Never loved you – or a spectacularly earnest moment of connection – Always loved you. Or did I really want to see a spectacular collapse?

But instead the finale was an insignificant interaction. And really, perhaps they all were. Nat left the room in the same way she had for each of her breaks, gathering the glasses and wheeling out the drinks tray. After a short pause – would there be one more? – Nat stood in front of us with twenty other amazing women who worked on the production. They bowed to thunderous applause.