‘Sheer Fantasy, [curated by David Capra], suspends time to confront the role of the fantastical and how it plays within our collective conscious. In this exhibition, the world as we know it bends and shifts, making room to indulge in our greatest fantasies.’ 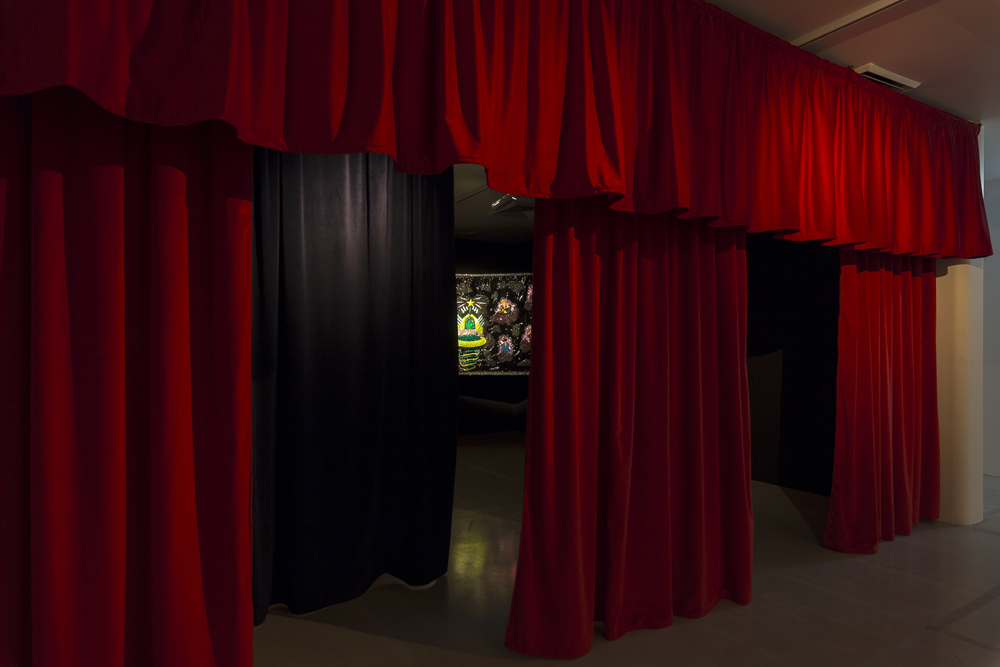 I sent you a sext that left you ‘so shook’. At the time I thought we were playing—or at least I was playing. Maybe I didn’t think that deeply about how you’d read it. Why would I? Now I’m at Campbelltown Arts Centre, peeping into a little window, looking at Javier Lara-Gomez’s bizarre little dollhouse-like structures. As I try to find a way to read the artistic labour of inter-cutting and collaging reality into unreal sets, my mind drifts back to the idea that sexts are dreams: random stories formed by feelings, which don’t really mean anything in the real world.

Although I’m in awe of these meticulously crafted miniature architectures, something about them laughs at my attempt to understand them. They don’t exist for me to understand them and that’s fine; sometimes things that are invented by my own mind don’t even exist for my own understanding. I mean you’re obviously smarter than me because you recognised immediately something that my mind didn’t dare imagine: that there’s something fucked up in receiving a sext from your lover about a future encounter predicated on a break up, where one party is pining and the other is emotionally unavailable.

Bending to see the insides of one of Lara-Gomez’s rooms, I look through a window and into a semiotic kaleidoscope of framed paintings, figurines, pastels and I think, what is a brain if not a pinball machine for bouncing around, metabolising and re-mystifying the collateral of this universe? I think about the hours and hours of labour that went into architecting a neighbourhood’s worth of glowing red rooms, turrets, and circular and rectilinear rainbow floor patterns. And I sit with the name of one of Lara-Gomez’s works, ‘The Haunted House’ (1997), and I wonder, out of everything he could have made, why did he choose to turn fear and horror into kitsch?

When I sent that sext I think I knew that I was eroticising our inevitable break up, and its associated grief, as a way of coping. But now I also realise that it was inappropriate to share that with you because in our society, turning grief into a game is a sacrilegious spectacle. Grief is a serious spectacle.

Behind some heavy-looking red curtains, there are three appliqued, sequined quilts by Raquel Caballero. Named after heaven and hell, the hanging fabric group portraits have cartoonish pictures of Trump, Joan Rivers, David Bowie and O.J. Simpson plotted in their flames and firmaments.

My approach to sex is like a quilt: some kind of hysterical mixtape of different shared, social, sexual imaginations—or a fanvid inspired by Judith Butler (and made by a teen who has lovingly misread most of Gender Trouble from misleading Wikipedia synopses). I cut and restitch and repurpose where it makes sense to me; I selectively identify with the iconographies and inheritances of lesbianism that let me live transmasculine-ly in the space that dykeness has created for butches to be masculine sex symbols with breasts. 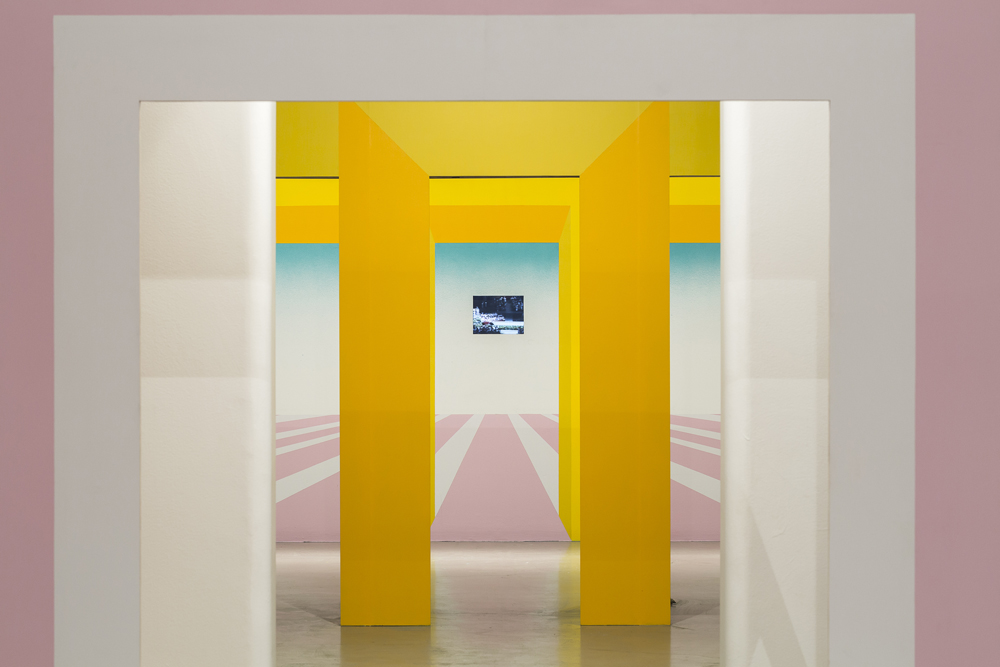 ‘It all started when I saw footage of Big Bird singing It’s Not Easy Bein’ Green at the memorial service of Muppet creator, Jim Henson. At the conclusion of his song, Big Bird looks up and says, ‘I’ll miss you, Kermit.’ It’s heartbreaking. It got me thinking about how things we create have a life of their own, as well as moments when fantasy coincides with the real world.’

The person I go to the exhibition with is disappointed with my stoicism; apparently I’m not paying enough attention to the art, or appearing outwardly moved, or brought to feeling in any sense. Ruthlessly, I think, you want me to what? Cry at this? Sorry if a man in a muppet costume pretending to be choked up doesn’t move me.

Two nights later when I’m wheezing and laugh-crying in ecstasy at a fan-made compilation of Gordon Ramsay reacting to bad signature dishes on Hell’s Kitchen, my housemate says, ‘you really like this, don’t you?’ And I think, yeah I do. Maybe I was kind of being a hypocritical bitch when I dismissed Big Bird.

I think about how many times I’ve gotten unconscionably wet reading about Malfoy and Potter in a broom cupboard. I try to think of the most ridiculous thing I’ve ever suspended my belief long enough to get off to: maybe Hermione using a time turner to travel back and forward in time to sleep with four generations of Malfoys? And, oh yeah, that’s to say nothing of the HAHAHAHAHA you sent when we were dm’ing about celesbian crushes and I made the social faux pas of admitting to finding Ellen DeGeneres attractive.

I say, ‘kneel’ and Ellen does it. Ellen kneels like a fucking dog, and as soon as she does I see relief set in—her jaw relaxes and her pupils dilate. It feels nice to give it all up sometimes, to lose yourself in absolute nonsense.

I slow down when I see that there are real tears in her eyes—not just some watering from all the gagging. Some people can only work out trauma when accessing the vulnerability demanded by highly charged sex scenarios and I’m not immune to watching someone break and remake themselves in the act of fellating silicon. For just a moment, I let my hard, exterior varnish crack and warp like the knot in a hardwood floor.

‘Last year I woke up randomly in the middle of the night and I watched your coming out episode on Oprah and cried. It was almost the angriest and saddest I’ve ever felt. I told a gay man about it the next day, but I recounted my emotional purge in a joking way because I knew he’d find that video – and my reaction – kitsch and kind of ridiculous. But my pain was real. Your pain was real. It’s been hard.’ I brush her hair aside, ‘And I know there’s real pain in your laugh.’