This is the fourth instalment of Running Dog’s feature series responding to individual works in The National 2019: New Australian Art—on view at the Art Gallery of New South Wales, Carriageworks and the Museum of Contemporary Art, and curated by Isobel Parker Philip (AGNSW), Daniel Mudie Cunningham (Carriageworks), Clothilde Bullen and Anna Davis (MCA).

It’s a match!! Say something; don’t leave your match waiting.

Georgie: *Waving hand* So where is pic #3 from? Looks amazing! Also, fav films?

Taz: Thanks, up North, it was such a beautiful waterfall. Movies…that depends sometimes I just want to watch the most mindless trash but then I also really love Agnes Varda. I guess you could call it a broad range *Shrug*

The poem floats towards us on a stage set. But we have no program. The actors go in and out of focus anonymously. The action has no location. We don’t know why the girl is laughing nor what she feels about this man. He looms beyond the footlights, somewhat more than mortal in line 1…and dissolves at line 2…1

The above quote comes from Anne Carson’s Eros: The Bittersweet (1986) where love, longing and desire are examined through an investigation of Sappho’s ‘Fragment 31’—perhaps one of the most widely known love poems in the Western tradition. But Carson’s description could also be in response to nova Milne’s ‘Skin Without Biography’ (2011/2019), on display at the Art Gallery of New South Wales as part of The National 2019: New Australian Art. 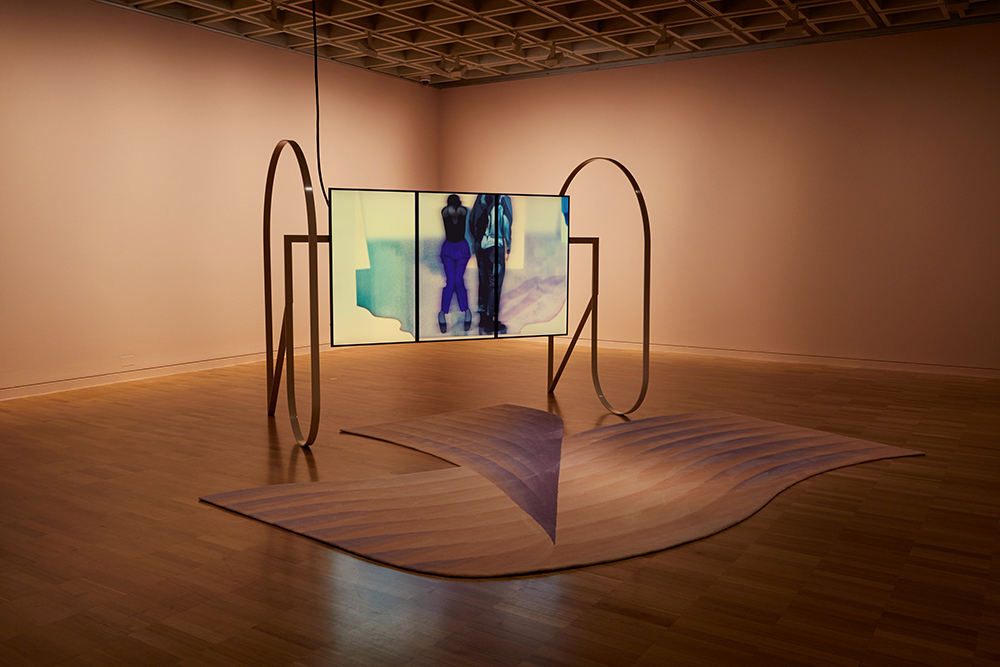 ‘Skin Without Biography’ unravels as a strange dance across three conjoined screens. The artist/performers crisscross over the top of each other, making erratic and disjointed movements in their attempts to touch and hold onto the other’s dancing body, but they remain trapped in separate layers. There is a graininess and pixelation to the video—a ‘hard-to-seeness’—that blurs many of the details. This obscurity, while revealing the traces of the software used to create the work, also emphasises the dissonance between our imagined and material worlds.

Footage of Stephanie nova Milne shot in 2011 is spliced with footage of her partner Richard, taken in 2019. Having used the process of rotoscoping to combine these two reels, the result suggests an attempt to dance a duet across a distance of eight years. This post-production editing technique creates layers that appear to be joined together, but such a process isn’t flawless, and, subsequently, a feeling of unrealness predominates.

G: Good morning, glad to see you are still here lol *smiley face* Are you on your way to work?

T: Yeah on the train at the moment, so crowded. Have a good day – we can chat later ok?

Carson’s text asserts three structural components to the feelings of lack and longing: the lover, the beloved and what comes between them. In ‘Skin Without Biography’, the third component of the triangle is not just time and space, but the video and the process used to make it. nova Milne explore this inherent paradox of lack and want, of push and pull, of yearning and desire. But, given its presentation through a virtual format, they can only ever touch a CGI stand-in, one that exists without the substance—the body or the past—of that person. What to make of the possible bridge that technology offers us? How can, or does, a virtual sense of closeness change longing, yearning or loneliness? Does our near constant availability online mean we are never really alone, never burdened by the emotive journey of longing? We can easily message someone, or watch their Instagram story, and perpetually bring ourselves into a virtual dynamic with another.

T: Glad it is the weekend, v busy atm, probably why I am on here lol. Just caught up with some friends earlier but my dinner plans have fallen through so not much.

G: Yeah, I know I am so busy too! And then we are expected to have social lives as well haha

T:  Well, it you aren’t doing anything tonight, wanna meet up for a drink later?

G: *takes a sharp breath, thinks NO! Why do they always ask? Always wreck this? I know we don’t actually have anything in common, it is SO obvious. Why can’t they just enjoy the conversation, saying goodnight to someone or asking how they are—why bother trying to make it happen irl, trying to make something unreal into some real* 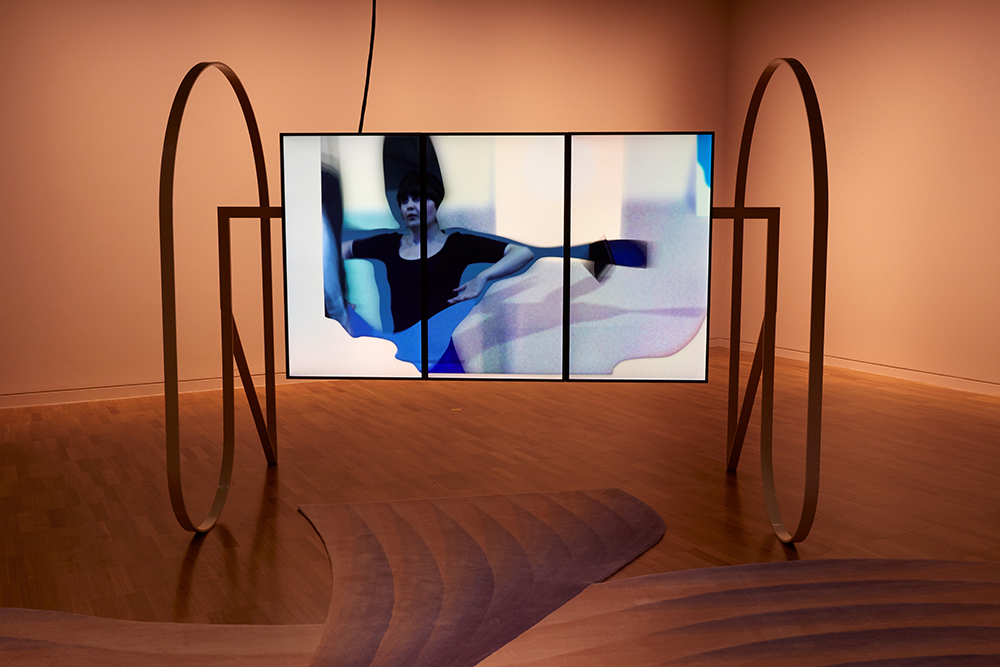 Our lives are mediated by software, and the ease with which we can communicate: it allows friendships and intimacies to develop, a sense of virtual closeness—one that is inherently different to the closeness of the physical world. This virtual communication allows unbounded and fantastical circumstances to arise—fuelling the desires that can operate outside the constraints of our physical bodies, or separate to our physical identities. This leaves us questioning the space and distance between our imagined and material worlds, and reality and fantasy: the virtual closeness occurs more in the space of our minds and imagination than in the space of the physical world, although it is still tethered to it.

In our post-truth present we no longer expect images to hold authenticity, so the splicing of separate videos into one new distorted reality or ‘possible truth’ in ‘Skin Without Biography’ becomes romantic rather than challenging, but it is also unnerving. It seems as if this fictional dance, and the way it transverses a multilinear eros, may be considered ‘real’ at some point in the future.

It’s a match!! Georgie and Sammy are now connected. Say something; don’t leave your match waiting.