At the August opening of The essayist at The Cross Arts Projects, I found myself feeling the combined effects of the anti-inflammatories I’d taken for a sore back, the surprisingly warm afternoon weather, a room full of new works, and a recently digested dense ginger tart. The conditions were ripe for a brief daydream.

I stood in the gallery and pictured myself stretching my arms and legs out in a splayed star formation, reaching between different artworks like a human measuring tape, or—better yet—some sort of elastic human starfish. I wagered that I’d probably be able to reach from one work to another if I performed this manoeuvre a few times around the room. Starfishing from work to work, I’d be able to materialise the bridges that curator Jasmin Stephens had carefully formed between a range of contemporary practitioners.

In hindsight, a starfish wasn’t the most efficient sea creature to choose for visualising the conceptual links between artworks. Imagining myself as an octopus, for instance, would have given me an elasticated body with eight tentacles to spread about the space. This would have allowed me to connect several artworks to my singular aquatic form. But then again, a cephalopod absorbing information from multiple sources simultaneously might not be the best analogy for reading the particular literary form at the centre of The essayist. 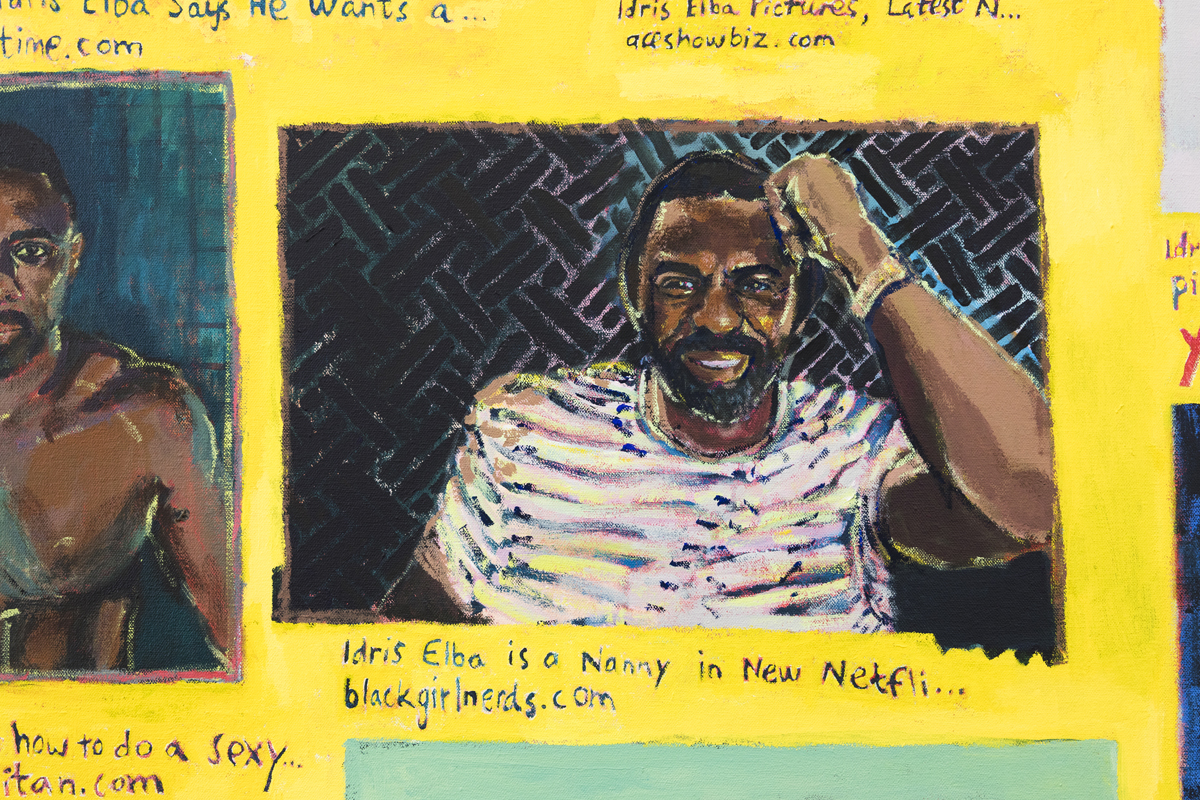 Reading an essay often involves moving in a relatively orderly fashion from one thing to another, not the consumption of all parts at once. Essays tend to build their momentum and collect ideas slowly. Starfish or octopus, it didn’t occur to me until I sat down to write this essay that what I was picturing was what I tend to want in most pieces of writing: the invitation to mentally stretch between a few things to imagine another thing. My imagined starfishy body was materialising the reaching—or weaving or threading—that essayists do when they write about something, bringing one idea into close contact with another.

The diversity of art practices included in The essayist reflects the malleability of the essay form. Essays are flexible containers for all manner of things. They can be stretched or shrunk to approach a range of writing processes, including (but not limited to) describing, understanding, reflecting, exploring, analysing, observing, identifying, illustrating, building, defusing, burning, hushing, speculating or amplifying something (or someone) in particular. This variety of possibilities is suggested in The essayist’s presentation of the differing impulses in contemporary art, ranging from the critical—like Nina Ross’s video memorial to recent victims of gendered violence (‘That takes balls’, 2019)—to the reflective—such as Mitch Cairns’ sharp brushwork (‘First Names’, 2018) and Mark Hislop’s drawings of quiet domestic moments (‘My punctuation is my breath’, 2019).

By engaging with the essay form, The essayist continues a tradition of merging visual art practices with literary forms, and expands on the methods of the conceptual artists of the 1960’s, who sought to place language at the centre their work.1 In directly addressing a literary form, The essayist also gestures to a practice that is often adjacent to, if not embedded within, the artwork itself. Visual art is rarely displayed without various forms of writing, such as wall texts, catalogue essays, gallery room sheets, or critical reviews (not to mention the research, paper trails, and correspondences required to produce art and exhibitions).2 Art is perhaps more of an octopus than a starfish; it frequently reaches out to multiple disciplines to come to grips with itself.

While The essayist is not an attempt to produce an essay per se, the show is assembled in a way that speaks to the labour and objects involved in writing one.

One half of the space almost resembles a study space (albeit, an incredibly minimalist one) with a writing desk, chairs, and books—Benjamin Forster’s ‘Romances’ (2019) and Magda Stanová’s ‘Algorithms in Art’ (2015-2019)—set in place for perusing. ‘Romances’ and ‘Algorithms’ document two very different writing projects. Forster’s books (paperbacks with inviting pink swirled covers) are the product of an algorithm programmed to spit out phrases from sickly Mills & Boon style novellas (the most repeated phrase in the book is ‘I take a deep breath’).  Stanová’s ‘Algorithms’, on the other hand, offers a four year investigation into the mapping of artistic thinking through a series of drawings, mostly of circles and scrunches of arrows shooting through various mental processes.

In the presence of this reading area, some of the nearby works begin to take on associations with other study room fittings. For instance, two photographic works hung on either side of a partition wall adjacent to the reading table start to look like markers of a revolving bookcase—the kinds that often lead to secret passageways in period drama libraries, or drawing rooms in murder mysteries. Pilar Mata Dupont’s ‘The Madman is a Dreamer Awake #1’ (2013-2015) shows a mountain range with a mysterious Parthenon-like structure peeking out of the mist, while Phuong Ngo’s ‘Untitled (lost and found)’ (2019) consists of a large print of the recent fire that engulfed Notre-Dame’s spire paired with a small vintage photo-postcard of the Notre-Dame Cathedral of Saigon. If this partition could spin (which sadly, it cannot), it would open onto the afternoon sun pouring across Llankelly Place. 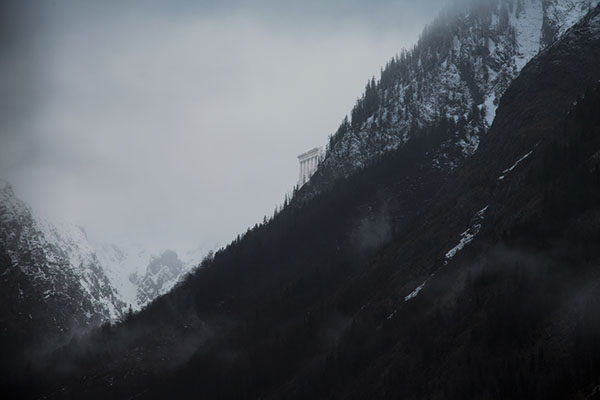 The essayist also offers an opportunity to experience a formative element of essay writing: assembling connections between places of interest. I found myself spending a great deal of time walking back and forth (maybe three or four starfish depending on how well I could stretch) between two particularly colourful works set in opposite corners of the gallery space. In the first corner sits Ida Lawrence’s ‘Idris’ (2019), a large painting with multiple portraits of the actor Idris Elba (whose features have been highlighted in dry-brushed neon acrylic paint). The young swaddled face of Lawrence’s baby nephew—also named Idris—lies above this constellation of Elbas, seemingly unaware of his famous companions.

Lawrence explains in a painted text that weaves around her collection of Idrises that while the father of the baby Idris liked the name for its link to an admired prophet, Idris’s mother (Lawrence’s sister) liked the name because ‘Idris Elba…is hot.’ Lawrence’s writing meanders around her many portraits of Elba as she tells us that she ‘did an image search of Idris Elba’ to check her sister’s claim. She concludes, ‘Yeah, it is true, he is hot.’ Throughout her narrative, Lawrence includes references to websites, including ‘sacredtexts.com’, ‘cosmopolitan.com’, and the LinkedIn profile of ‘prophet_Idris’—to confirm the significance (and attractiveness) of her nephew’s namesakes, like a baby name scholar keen to back up their claims. Lawrence’s self-effacing, humorous confessions about digital life bring seemingly disconnected subjects—a new baby and a search for hot pics of Idris Elba—together with surprising comfort.

At the other end of the gallery are Jac Ball’s colourful prints. The series contains fourteen vignettes from a non-binary life arranged in an imperfect grid. At first, it is the colours of Ball’s photographs that draw me in. The images capture a sunset of purple dolphins (‘Dolphin Camp’, 2019), sunburnt skin (‘Paint box mid-blue’, 2019), phallic inflatables (‘Soft serve’, 2019), floral nip covers (‘Flatpack’, 2019), and orange bathroom tiles (‘Island cuts on the old meridian’, 2019). Amongst the leg hair, skin folds, belly buttons, and pubes seems to be a wealth of liquids: gels, trickling water, damp clothes, and sweat. There is a sense that the body is also fluid (that is to say, unfixed and changeable) in these photographs, caught in moments of absorbing ointments, being bound and clothed, washed away, or laid amongst rocks to dry into a new shape. The overall effect of Ball’s photographs is that of a subdued Lisa Frank palette of queer bodily moments. 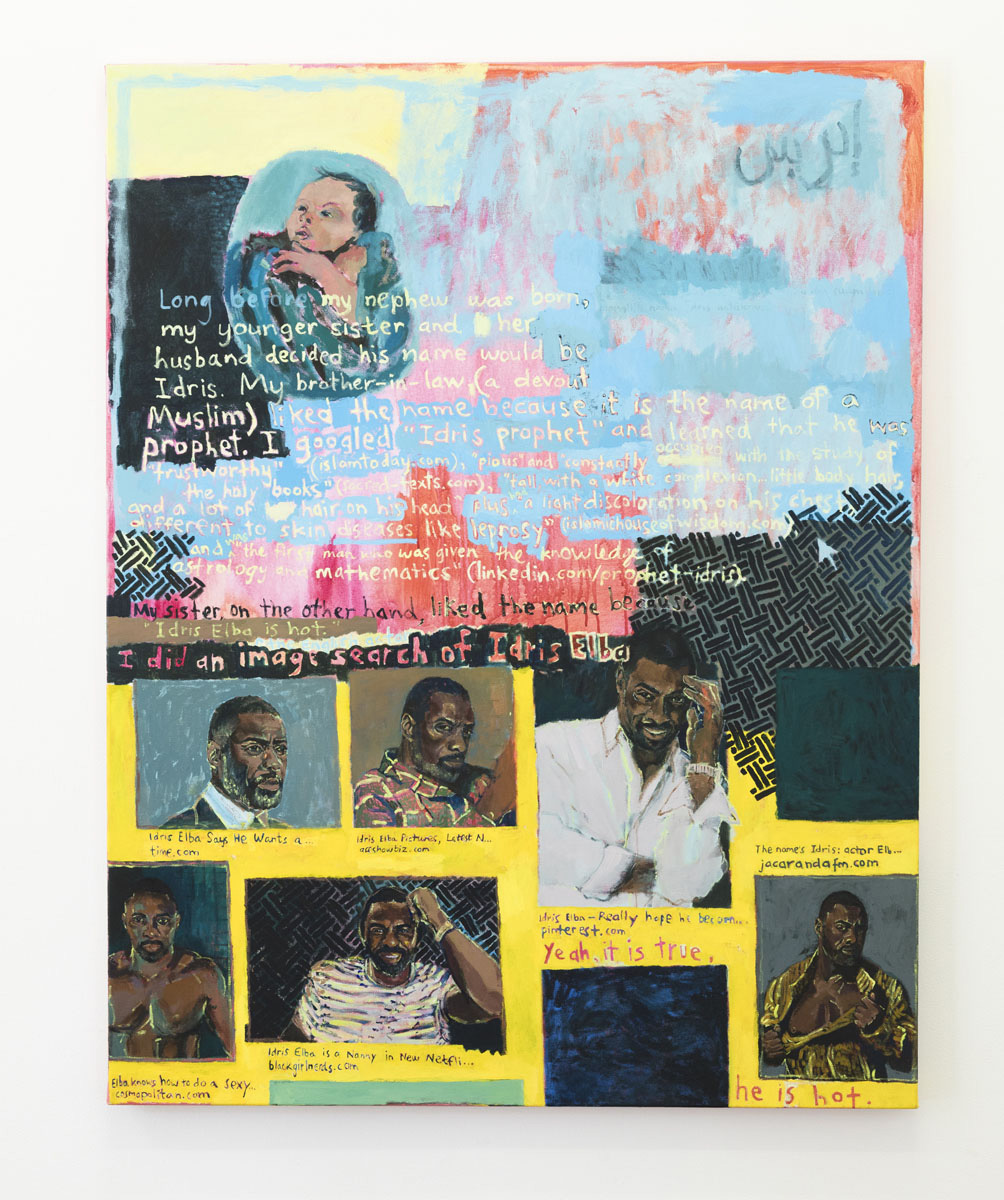 The stretch of floor between Lawrence and Ball’s works creates a path between two very different investigations of interiority. Lawrence’s inclusion of in-text references (or maybe that should be ‘in-paint references’ given the medium) works to expose the unseen, everyday digital searches that inform internalised perspectives: a quick thumb through a Twitter feed, a Google search of remembered lyrics that have lost their author, or a brief read of ‘sacredtexts.com’ to check out the predecessors of your newly named nephew. Meanwhile, the embodiment in Ball’s series is much more tactile and moist, a mode that allows the artist to draw attention to the material qualities of a particular experience of gender fluidity. One work brings us closer to the digital referees called on to validate our choices, while the other reminds us of the material exteriors that help perform an identity. Lawrence and Ball’s works—like many of the practices included in The essayist—pull in different directions, but together, the works are able to talk to each other about the various layers of digital and tactile information that help us create (and sometimes write about) our surroundings and ourselves.

It’s moments like these that allows the The essayist to read (to borrow a literary process) like a polished draft that hasn’t quite reached a conclusion. The selected works collectively produce a sense of cogs turning, processes falling into place, and links opening up. The show offers an opportunity to reach out between different ideas and art forms. It allows for a discovery of just the kinds of connections that prevent the writing process from finishing entirely, flushed with the energy of ideas at play, ready for starfish or octopi to reach between and mould into place.