The social organism is a scribbled line.1 It’s a line passed from hand to hand across a big sheet of paper. It means nothing and everything.

Deep in the Museum of Contemporary Art (MCA), behind the double glass doors of the National Centre for Creative Learning, a man is drawing a rocket.2 The rocket is for going to space. He is drawing a rocket using a thick marker pen duct taped to the end of a long stick. The pen leaves a glossy trail. ‘Wow, I love it. Look at that, I love it,’ says the man to no one in particular. Soon, someone will hand him another stick, this one with willow charcoal at its end. He will draw a series of vertical lines beside the rocket, lighter lines this time, but no less confident. Then he will pass me the stick and leave the room. Soon, his rocket and his lines will be gone too. Or, they will be there, but hidden beneath the lines of other people who may not be drawing anything at all in particular.

Somewhere in Scotland, a group of people are in the ‘wilderness’ making a film. All of them are artists in the sense that Beuys meant when he said ‘every man (sic) is an artist.’ All of them are creative beings who make the world a little bit with every foray into it. There are mothers and fathers and sons and daughters here. There are support workers too. It rains a lot, and the sound of the rain—on leaves, on grass, on water, on raincoats—is very relaxing. As I watch the film in a darkened room not far from the one where the man drew the rocket, I settle into that sound, and others—the occasional grunt, a meander of conversation, footsteps coming and going, wind through trees. 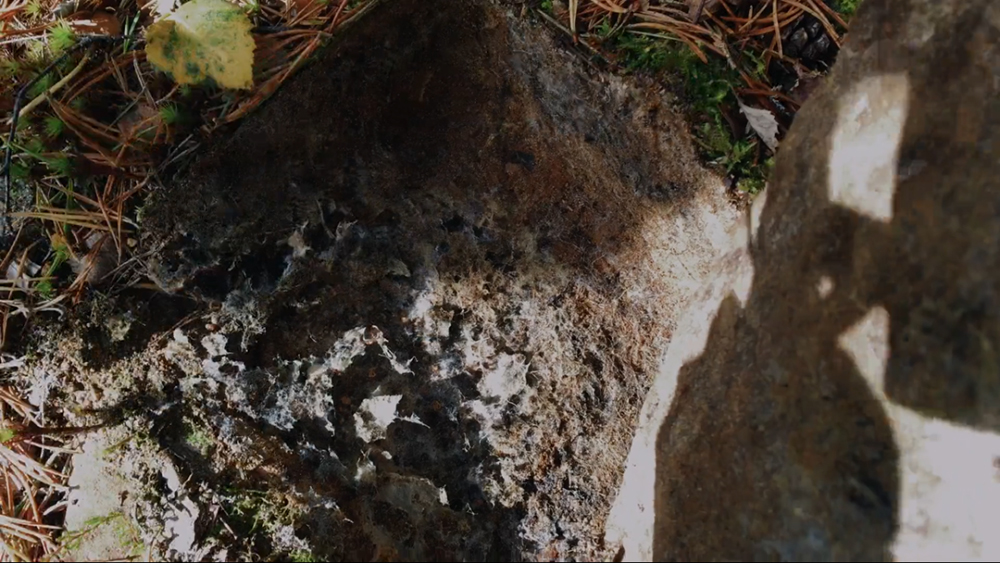 The wall text outside will tell you that some of the people in the film are neurodiverse. The term neurodiversity helps us think about neurological differences as enriching human societies, just as biodiversity enriches our ecosystems. In fact, all of the people in the film are neurodiverse. Some just happen to possess profound cognitive differences, which can make things challenging. For example, to walk through a landscape is not easy for Paul Colley, whose perceptual experience would be unfathomable to most of us. His mother, Kate Adams, has spent the better part of a lifetime trying to understand it. The not-knowing has sustained her art, which is many things. In part, it is Project Art Works—an organisation in a little seaside town on the south coast of England where art happens daily between all kinds of people.

At the MCA, Kate has played a part in making something happen. So have Tim Corrigan and Patricia Finnegan, artists and core members of the Project Art Works collective. You can see their faces, too, in the film in Scotland. I have seen them listening carefully, with more than their ears, during countless workshops.3

I’d be belabouring the point if I used the words social organism again. To put it simply, at the MCA people are coming and going and making marks on big sheets of white paper that, once filled, are hung up at the entry to the learning spaces. Lots of other things are happening here too of course, as they always do. This, my favourite place in the museum, is where art becomes a bit more real, but still no less baffling. In the museum’s words, ‘Art is for Everyone’, and I feel that here most strongly. On the other hand, museums tend to remind us, generally speaking, that everyone isn’t an Artist.

My brother-in-law Lloyd isn’t an Artist per se. He works in an advertising firm most days. He knits. He sings in a community choir. He has Down Syndrome. He isn’t a big talker. Neither is his friend David. I imagine they are pretty quiet when they meet on Mondays for lunch at the beach, followed by a game of pool. It’s just the two of them now, near the end of a drawing workshop that has seen dozens of people come in and out of this room leaving line upon line upon line on the white paper on the floor so that it’s almost all black and frenetic. Lloyd and David are quiet, but you can see they are having a conversation of sorts.

‘I find it very relaxing, just watching them draw,’ says David’s mother to me as we sit together in the corner near the harbour, looking out onto an enormous cruise ship that obscures the postcard views. I watch Lloyd draw and wonder how to ask him what it all means.